Fingers crossed, creeks don’t rise, and all of that the 15th Annual Songwriters on the Edge of Texas golf tournament concert to benefit CASA for Children Texarkana will take place on September 27.

With one event after another being cancelled because of the pandemic, we are still excited that the Songwriters on the Edge of Texas concert is still on the books for September 27. Thinking it should be easy enough to spread out and social distance, right?

Charlie Mars headlines this year’s concert. Mars, from Mississippi, started picking up a real following after performances on “Austin City Limits” and his shows at “South by Southwest”. It’s been said that the biggest influences that led to his career in music was Michael Jackson’s Thriller Album, and Slippery When Wet from Bon Jovi. 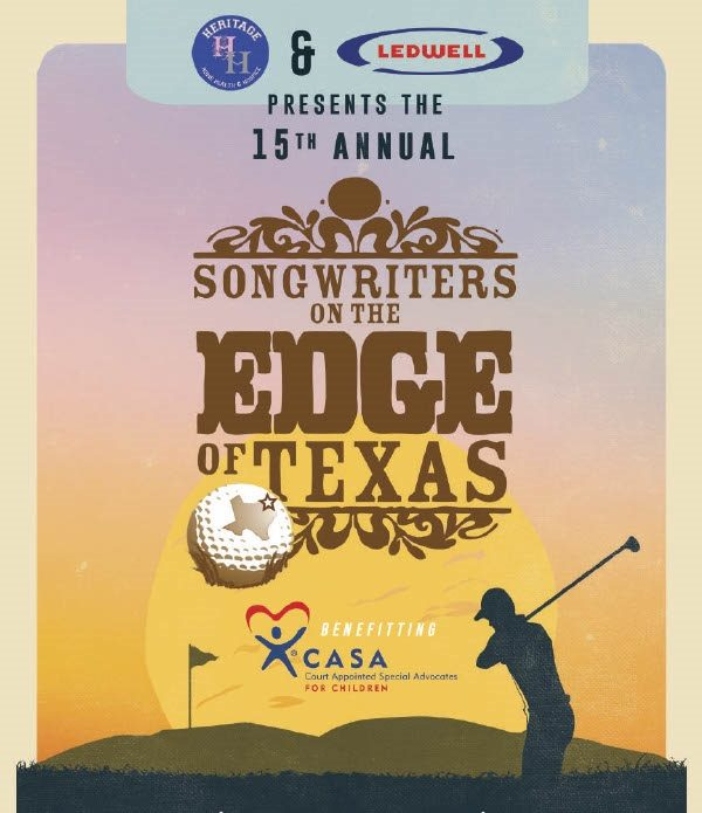