T.T.P.D. has made an arrest in the second murder that occurred on March 30. Warrick Dunn, 18, of Ashdown, Arkansas has been arrested in the shooting death of Deandre “Shawn” Bush. 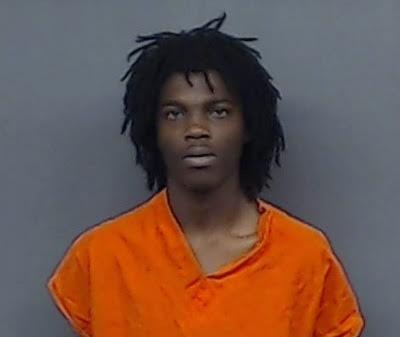 With the assistance of the Texarkana Arkansas Police Department, Dunn was arrested at an apartment complex in the 1000 block of Locust Street at which he had been staying in Texarkana, Arkansas. He is expected to be extradited to Texas later today.

Patrol officers responded to a report of a shooting victim in front of a residence in the 2000 block of West 18th Street early yesterday morning. When officers arrived, they found Bush slumped over in the front seat of a vehicle parked. He had what appeared to be multiple gunshot wounds to his body. We believe that he was shot through the open driver’s side window from a close distance as he sat in the car.

On Tuesday afternoon, Casey Smith was shot during a robbery attempt in front of a residence in the 2400 block of Mamie Street. Three men were observed running from the scene after witnesses heard several gunshots. Marshall Vallejos was arrested and charged with Capital Murder overnight yesterday after he was treated for a gunshot wound at a local hospital.

While the murders are not related, we have determined that the victims were not randomly selected. Robbery was the motive in both cases.

Chief Dan Shiner said, “We had two separate tragic crimes. Our officers, particularly our detectives, did an outstanding job of working together to solve these crimes swiftly.”

Assistant Chief Kevin Schutte added, “Dealing with two completely unrelated capital murders within an eight hour period really taxes our investigative resources. In both of these cases, we had no idea who was responsible for either of them in the beginning. However, through the extraordinary efforts of our detectives who worked literally around the clock since Tuesday, we were able to identify and arrest those responsible for both of these crimes in less than 24 hours. I believe that speaks volumes about their professionalism, competency, and the care they exhibit for the citizens they are sworn to protect.”

Anyone with information on either of these two homicides is asked to call the Texarkana Police Department at 903-798-3116 or CrimeStoppers at 903-793-STOP.