The 6th Annual Texarkana Renaissance Faire will converge on the Four States Fairgrounds Saturday and Sunday, September 23-24, 2017. The annual festival will feature something for everyone from sword fights, and dozens of shops with handcrafted items, to music full of songs guaranteed to make you laugh!

Among musical performances at the 2017 Renaissance Faire, you can experience The Bilge Pumps, a pirate music group based in the DFW area who specialize in performances that combine sea songs, shanties, and Celtic music with a huge dose of silly comedy. There will also be performances from some of my favorite players, including the Reverend Doctor Harmonious Scott and Professor Whatever, and of course the infamous Seadog Slam.

Dozens of vendors will be on hand with food, drink, and lots of shops with handcrafted items for sale. Artisans will also be giving demonstrations of their crafts all weekend. 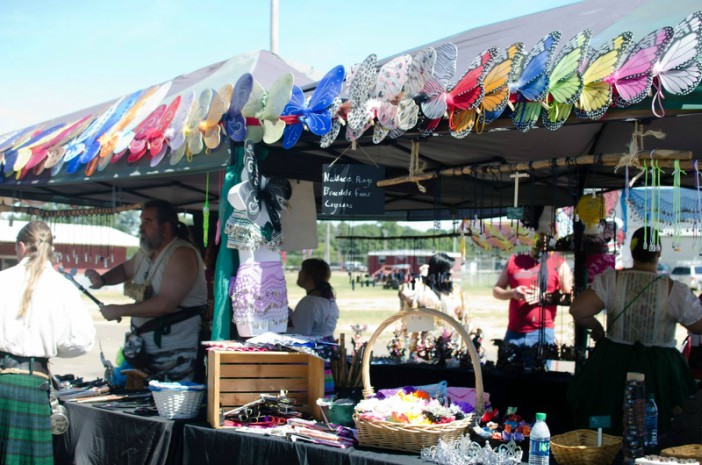 Stage acts include sword fights, and top notch talent for musical performances, variety shows that include fire dancing, comedy acts, and of course Queen Claude and the French Court. See the full list of entertainers at texarkanafaire.com. 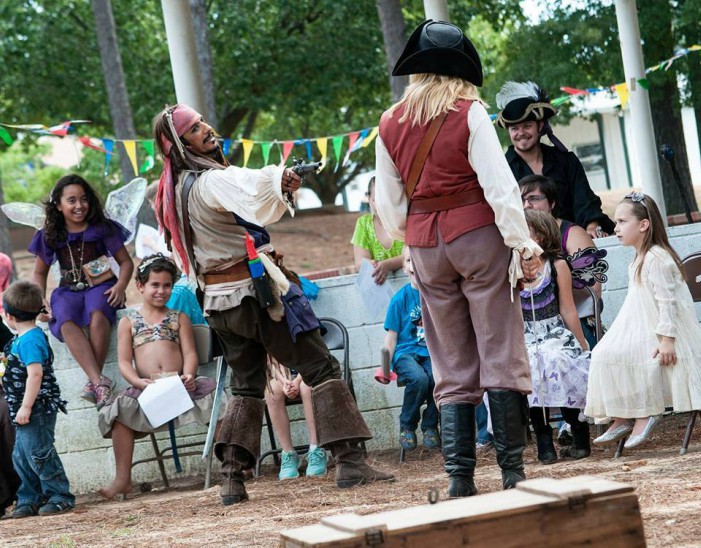 For more information on the 2017 Texarkana Renaissance Faire visit TEXARKANAFAIRE.COM.

I shot this video at the First Annual Pirate’s Ball, I don’t know if I’ll ever be dressing up like Captain Jack or anything, but I truly had a great time with a great bunch of people!

(They like to act like it’s nothing but debauchery at its finest, but notice the table cloths…. Arrr!!)