We are enjoying a vibrant and growing Hispanic community in Texarkana. Different than Halloween, The Mexican “Dia de Los Muertos” is a celebration of life and death. Originating in Mexico thousands of years ago, here is a little more to understanding “The Day of the Dead”.

We took our feature photo from the mural wall at El Frio Express which features many of the different symbols associated with Dia de Los Muertos. There is a lot to the colorful celebrations featuring some pretty spooky make-up, wild costumes, and a lot of bright colors.

Usually celebrated from October 31 to November 2, Dia de Los Muertos celebrations are full of life and joy to demonstrate love and respect for deceased loved ones. There is a lot to one of the most colorful events in Mexican culture, we just have some basics here. 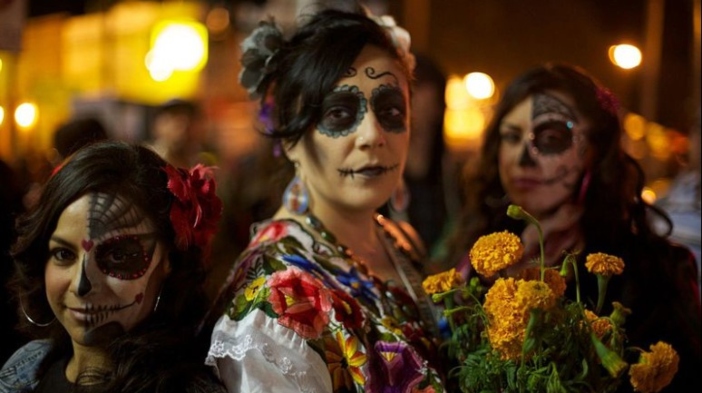 Mexicans of all religions and ethnicities all over the world recognize and celebrate Dia de Los Muertos. History is that it began with the Aztec and Toltec that believed mourning for the dead was an act of disrespect. For these early cultures, it was believed that the dead were still a part of life in their communities and their spirits returned for the celebrations that would usually take place between November 1 and 2, around the time of maize harvests. (November 1 & 2 are also All Saints’ Day and All Souls’ Day on the Catholic calendar).

The “Ofrenda” is an alter, not for praying but to welcome the spirits back and is part of the celebration to make offerings to welcome them home such as food, photos, candles for deceased family members. Brightly colored marigold flowers are used for the alters. 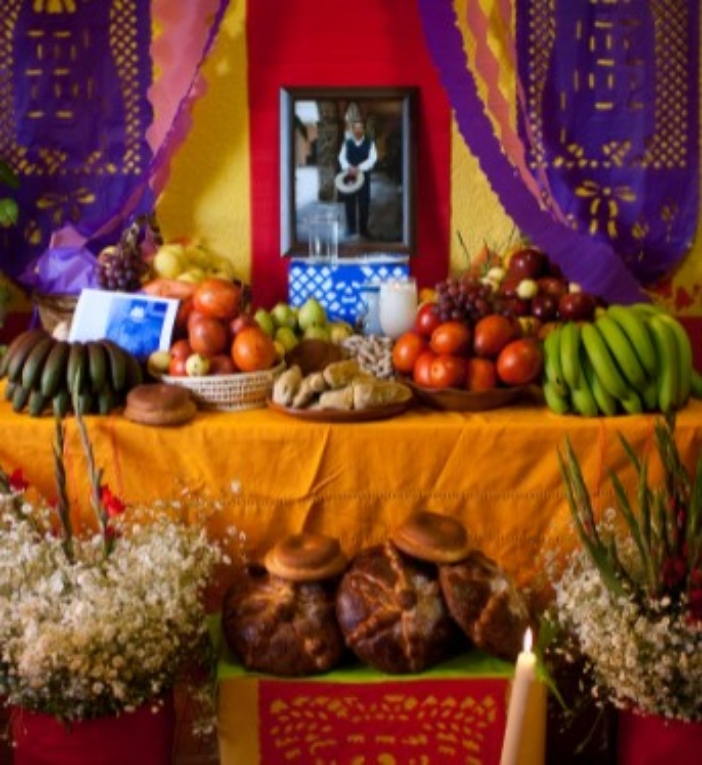 “Calavera Catrina” or elegant skull, is probably the most recognizable symbol to Dia de Los Muertos. In the early 20th century, José Guadalupe Posada was credited with the personification of death as Calavera Garbancera, a skeleton wearing fancy french dress of the day, with the saying “Todo somos Calaveras”, which means “we are all skeletons”. Underneath, we are all the same. In 1947 artist Diego Rivera used a version of Posada’s skeleton in a mural. He used a skull with a woman’s hat, and called it Catrina, “the rich”. Since then, that is the decoration of the event that stands out to most. 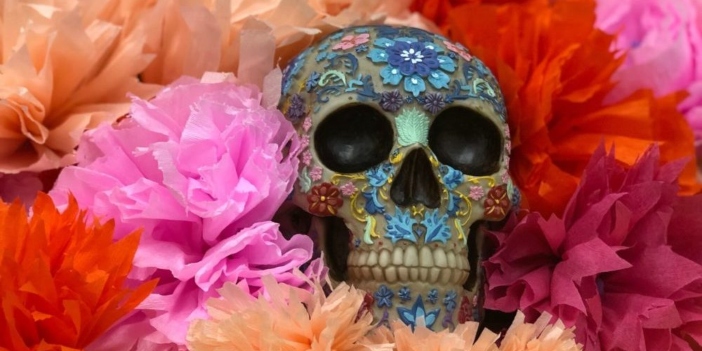 “Costumes” revelers wear fancy suits, and dresses, and paint their faces to look like skulls, many with teardrops around the eyes to represent sadness with the joy of the celebration of life.

“Food of the Dead” offerings of water and food. Often the favorite dish of the departed, sugar skulls, and commonly use the Mexican sweet bread “Pan de Muerto” or bread of the dead.

We are far from experts but have always been interested in the celebration. Here is a link to Wikipedia so you can learn more about Dia de Los Muertos.

There are many examples of authentic Mexican cuisine in Texarkana. We encourage you to stop by our local Hispanic businesses and take a look, get a taste, and learn more about our growing Latino community in Texarkana. In fact, we are about to dig into these tacos from Ruvalcaba Tacos y Antojitos.
The Red River Credit Union branch at Vero’s Latino Store on New Boston Road shares a special recipe for traditional Horchata with us. 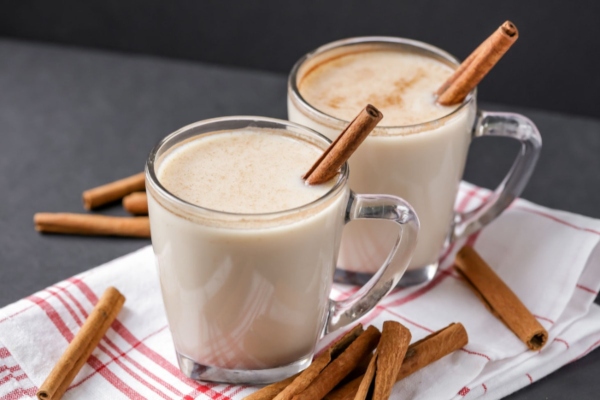 Horchata:
Ingredients: One and a half cups of white rice, 2 cinnamon sticks, 14 ounce of lechera, 12 ounce of evaporated milk, Mexican vanilla/vanilla extract.

Wash the rice first. Place the one and a half cups of rice into a container with the two cinnamon sticks and four cups of water and let it sit for a minimum of five hours (some let it sit overnight). Put it in the blender for about five minutes, then strain the liquid. Place back in the blender and put the 14 ounce of lechera and the 12 ounce of evaporated milk with the mixture and blend it for about a minute. Finish it off with vanilla extract or Mexican vanilla to your liking and one and a half cups of water, serve chilled and enjoy!