Something amazing is happening downtown at the “Be the Blessing Bakery at Randy Sams”. Offering amazing cupcakes and baked goods, the bakery gives an opportunity for the homeless community to learn skills that could translate to jobs in the food service industry.

Cathy Brown Smith, known by many in these parts as Baby Granny, began teaching some cooking classes for residents at the Randy Sams Shelter. The idea was to not only teach residents how to make tasty dishes, but to learn new skills that could lead to a new job. Along the way Smith and Randy Sams Director Jennifer Hawkins Laurent came up with the idea of creating a bakery using the commercial kitchen at the shelter.

The object of the class would be to first, teach the residents the ins and outs of working in a commercial kitchen so that those skills can translate to a resume and ultimately a job. Second, prepare a good meal, have a laugh, show some love. But also out there was the hope that this little cooking class would somehow morph into a bakery….where the residents could train and work and laugh and be loved while they prepare baked goods to sell with proceeds being plowed back into the bakery.

Since making those first biscuits, we have conquered meatloaf, chicken spaghetti, vegetable soup, chili, burgers, cornbread, and other dishes. Being that we didn’t know how many people would actually be at the shelter each time we had a class, we didn’t feel right just cooking a little bit for the class. So each time we had a class, we cooked and were prepared to feed at least 80 people.

In January of 2016 a local church approached Jennifer at the Shelter and asked if the kitchen could whip up 200 cupcakes. So, Smith put on a cupcake class.

From that initial order of 200 cupcakes, requests for more cupcakes started rolling in. And Jennifer and I sort of looked at each other and said, “It’s time. It’s time for the bakery.” I started thinking of names. But couldn’t come up with one. But months ago, a friend of mine, Christa Haworth Lawrence, sent me a message about not waiting around for a blessing to happen but to go out and “be the blessing.” And that had sort of become the cooking class’ tag line…just go out and be the blessing. Two of my friends, Kim Meeks and Jane Portis, then suggested the name of the bakery should be, “Be The Blessing.” And boom, Be The Blessing Bakery @ Randy Sams’ was born. 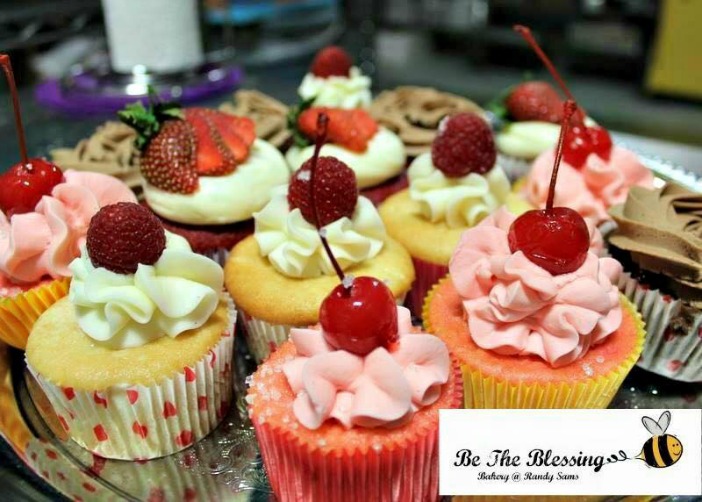 Last week the Be the Blessing Bakery at Randy Sams made 100 cupcakes for Church Under the Bridge and another 200 that were boxed up and sold to the public. The next planned class will be for Foodfest in downtown Texarkana scheduled for April 9 and Smith hopes to have a variety of a couple hundred cupcakes, Peach Cobbler, and a certain Baby Granny’s Bread Pudding with warm caramel for sale. After the Foodfest, there will be a Be the Blessing Bakery at Randy Sams booth downtown at the Texarkana Texas Farmer’s Market where the public can get a taste, and be a part of the blessing.

When asked what her favorite cupcake from the bakery is Smith told us,

Our signature cupcake is a Honey Vanilla cupcake with Vanilla buttercream made with local eggs and a drizzle of local honey. 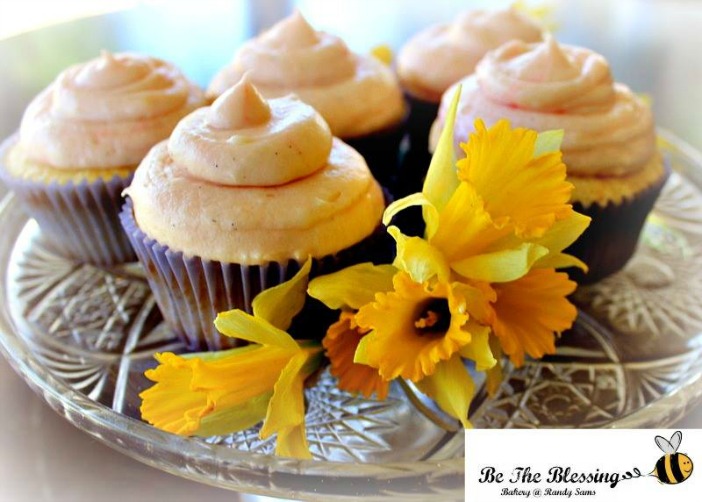 Eventually volunteers hope to have a bricks and mortar bakery in downtown Texarkana to continue spreading the love. Keep up with the progress by following Be the Blessing Bakery at Randy Sams on Facebook.