A huge day of performances by some of Texarkana’s finest talents is scheduled for Sunday, November 13 at Scottie’s Grill. This day of live music has been dubbed “Crank for Frank”, and it’s to benefit beloved local producer Frank Pryor as he deals with a brain tumor. 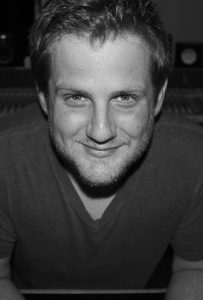 I have known Frank since he was just a teenage kid playing in a band at the swimming pool at Minton’s Sportsplex that we immediately knew had talent. He had one catchy tune he wrote called “Skinnylegs”, we even played it on the radio a little. Since then Frank has built quite a career in the music industry all here in Texarkana. He spends most of his time as Studio Manager/Producer/Engineer/everything else at SMART Studios in Nash, Texas. Frank also has his own label “Artistry Recordings“. Frank has won many awards over the years, including multiple wins for the Texas Music Awards “Producer of the Year” honor. Frank’s production has even been nominated for Grammy and Dove Awards. Even with all of that, knowing that his friends and peers have come together to throw this day-long music event for him is one of the greatest things ever. To know that people love and care about you is a true awe-inspiring blessing.

Frank is a friend of mine. I have known him a long time and worked with him many times over the last at least 15 or 16 years. From all of his stage and sound work at almost every live music event in Texarkana, and most of the surrounding areas to some studio stuff that we did that was just goofy sometimes, but Frank made it sound professional. Professional goofy is always better. 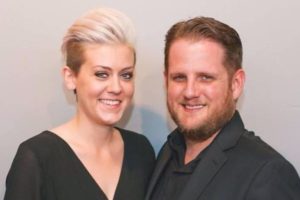 Frank was recently diagnosed with a brain tumor close to the size of a golfball that a local neurosurgeon has refused to touch, and Frank is suffering from some side effects of the tumor that include memory loss, trouble speaking, reading and some extreme headaches. More testing has shown that it is a slow-growing tumor and options for treatment are slim and very expensive. Frank did not have any insurance at the time and everything MRI’s, Doctor’s etc has been paid out of pocket in advance or put on a credit card and dealing with the medical expenses for doctors, tests, treatments, possible future surgeries and all are expected to rise above overwhelming and fast. Julie Sanders, Frank’s soon to be bride, has set up a GoFundMe Account and is adding updates. The amount is set too low as these costs are about to sky-rocket fast. All donations are much appreciated and 100% goes to Frank’s medical costs. Even though local physicians deem the tumor inoperable, Frank and Julie are strong in their faith and believe that they have been blessed with the opportunity to get an appointment with a renowned neuro-surgeon in Houston on November 15th. So, that is just one reason that this benefit on November 13 at Scottie’s is so important. This is not going to be a cheap visit.

In a show of love and respect for a very good man, local musicians, and friends of Frank are coming together at Scottie’s Grill on Sunday, November 13 for Crank for Frank… Cody Moss has been instrumental in putting the event together…

There is no set times for performers yet, and more activities are being planned for the day as we go, so FYI will be posting updates for you to join in on the festivities and enjoy some of our best local performers, all while helping a good man, and an inspiration to music and the arts in our community.