The news story out of Horatio, Arkansas that has made national headlines. “Eight dogs are found shot dead at the home of a woman who ‘rescued’ more than 100 animals from a Texas animal shelter”. I was surprised to hear it involved Ark-La-Tex Animal Rescue Group of Texarkana. So we reached out to the executive director of the group for a response.

First, Brian Moore, 25, of Sevier County has been charged with eight counts of animal cruelty for shooting eight dogs found dead on the property that he rented with his then girlfriend Whitney Smither. Smither was a volunteer with Ark-La-Tex Animal Rescue Group in Texarkana. At the time of this post, no charges have been filed against Whitney Smither, and she reportedly is not cooperating with investigators. The Executive Director of Ark-La-Tex Animal Rescue is Whitney Harrison, and she is in complete shock. 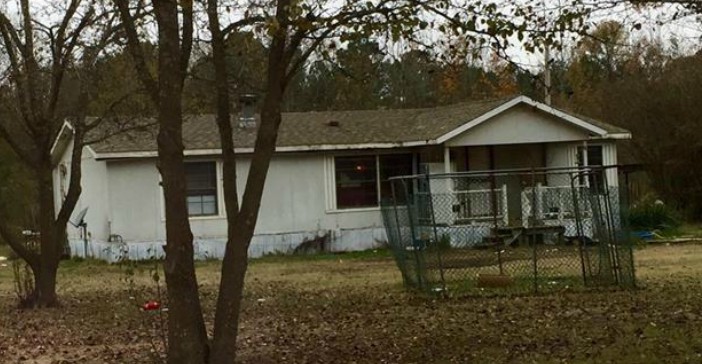 In April of 2016, a “Code Red” was issued by the animal shelter in Ft. Worth Texas, meaning a lot of animals were about to be put down. Ark-La-Tex Animal Rescue Group applied to pull some of the most at-risk animals from the shelter before they were to be euthanized. When Ark-La-Tex Rescue applied they listed four names of people that could pull animals from the Ft. Worth shelter. They listed the executive director, assistant director, a board member, and Whitney Smither.

Without the group’s knowledge Smither continued building relationships with volunteers in Ft. Worth and pulling dogs that she was taking to her home in Horatio, Arkansas. We spoke with Ark-La-Tex Animal Rescue Executive Director Whitney Harrison and she talked to us about Smither,

She was a volunteer and a Foster. And a good Foster at that. She truly appeared to have this passion to want to save animals. She applied to foster in April of 2016…. She came to adoption events, fostered and socialized some great dogs we adopted out to great homes…She also was very tight with the volunteers at the Fort Worth shelter. Said they were “her people”, and it all began with a dog she ADOPTED from there named Amber. I WAS shocked when Fort Worth sent me a list of dogs pulled by our rescue between June and November. Fort Worth never notified me when she was pulling a dog or cat or sent a monthly report, or if any red flags were raised nobody brought it to our attention.

The first signal of trouble to Harrison was when a Vet’s Office in Ft. Worth contacted her asking why Smither had not picked up some dogs they were treating for her. Harrison was unable to contact Smither, so she contacted Melissa Carpenter who volunteers and works a lot with Ft. Worth Rescue Groups. Carpenter contacted Smither and was told that Smither was just taking some personal time, and she did not let anyone know that she had moved to Indiana. Shortly after, Ark-La-Tex Animal Rescue was contacted regarding a stray dog in the Horatio area that had Ft. Worth ID tags. The dog was traced back to the home that Moore and Smither had shared in the area. That is allegedly when Smither admitted to Carpenter that she was in fact in Indiana. Smither claimed that Moore had attacked her and she moved to Indiana. Moore followed her to Indiana the next day. Smither then claimed in messages that Moore was taking care of the animals at the home they had shared in Horatio. Harrison told us,

The next day a girl posted on Facebook that she needed donations of dog food and such for some stray dogs they were helping and then “jeered” the people who left all the dead dogs in the yard for them to clean up. One of my fosters sent me a screen shot that has photos of the live dogs and asked were they any of Smither’s dogs. I didn’t recognize them, but it was in the area, so I messaged the original poster and asked who were the previous renters and it was Smither and Moore

We saw this start in the Facebook group Texarkana Cheers & Jeers back in November when someone posted a jeer to the renters of a home that had left dead animal remains on a property they had abandoned. We had no idea that it was going to unfold into all of this.

Charlie was hit by a car & used this “wheelchair” to walk. Rescuers say he was among the 8 dogs found dead. pic.twitter.com/rDZfeNqJrl

I asked Whitney Harrison for a statement to add to this blog post and this was what she provided,

I know it’s hard for people to fathom why so many people had so much trust in this girl, but for those who met her in person and talked to her, she was a dazzler. She was the sweetheart of the Fort Worth shelter and people in Texarkana thought she was amazing. There were other rescues she was pulling and transporting and fostering for, other shelters she was getting dogs from, even fostering for individuals. Networkers. Transporters. She fooled so many. It just happens the majority was done under ark-la-Tex at one shelter. If I had had any inkling of an idea that she was doing this, I would have shut her down real fast. The shelter never provided me a report of pulls (not that they should have had to). To think I would sit back and knowingly allow this to happen, that’s not me. We all learned a lesson, and those poor dogs who died paid the price. That kills me, it’s devastating, sad, makes me mad, there’s just not the right words out there. I don’t want a pity party from anyone. I get berated every time I open my mouth. I get berated for choosing to stay silent. There’s nothing I can say that would make many understand, but those who knew her, do see how it could happen. People have told me to “shut down” and “quit” because I’m too “stupid” and “don’t have the brains” to do this. I am so ashamed that something like this happened under our group. We made a mistake in trusting the wrong person but we will not quit, we have to make sure that everyone of these poor dogs and cats are accounted for. I have to know what happened. 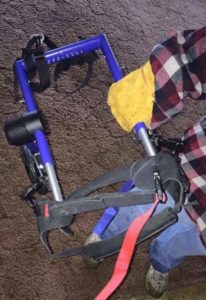 Sevier County Deputies continue to investigate this case. If you have any information regarding this crime or any other contact the Sevier County Sheriff’s Office at 870.642.2125 or you can call our local Crimestoppers at 903.793.7867 (793-STOP).

We have seen some horrific evidence in this case, but we aren’t going to post those photos. We will share this pic from the property where a burn pile was discovered, and these tags pulled from the ashes… 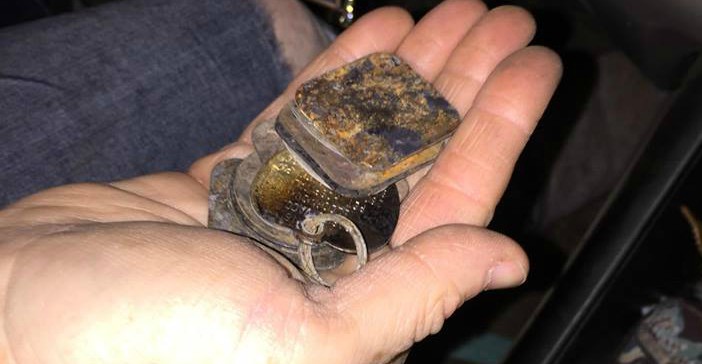