A.C.C. Parolee Jesse Burns, 34, is now a suspect in a Texarkana Sexual Assault Case. He is currently in custody of the Miller County Sheriff’s Office. 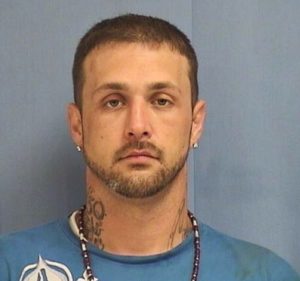 Parolee Jesse Burns is now a suspect in a sexual assault case in Texarkana. Burns, 34, has only been out of prison for about two years and he’s already absconded twice. The first time was just three months after being released from ADC in 2014. The second time was earlier this month. But ACC’s Sprecial Response Team and the Miller County Sheriff’s Office found him just five days later at a residence in Texarkana and quickly arrested him. Burns was served with the sexual assault warrant and the abscond warrant and taken to the county lock-up. He’s there now.

Burns has done time for second degree battery, and easy to identify because he has a lot of tattoos. Many of them are typical white supremacist tattoos.