The Texarkana Texas Police arrested Aaron Swenson, 36, or Texarkana Arkansas after a police chase ended on Highway 82 in Hooks, Texas. Swenson has been charged with Terrorist Threats Against an Officer, Evading Detention with a Vehicle, and Unlawfully Carrying a Weapon. Swenson is currently being held in Bi-State and bond has not been set.

TEXARKANA, TEXAS – The Texarkana Texas Police Department arrested Aaron Swenson, 36, of Texarkana Arkansas, late Saturday night after a lengthy pursuit that ended in Hooks Texas.  Swenson was posting on Facebook Live at the time saying that he was searching for an officer to ambush and execute.  He was charged with Terrorist Threats Against an Officer, Evading Detention with a Vehicle, and Unlawfully Carrying a Weapon. 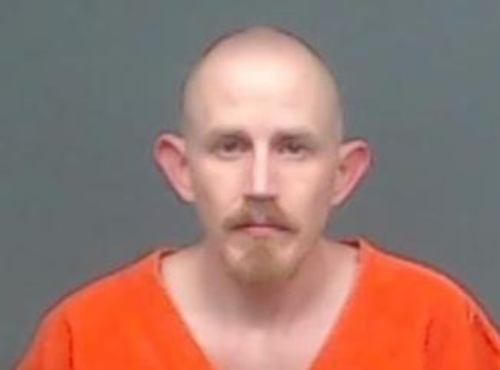 At approximately 10:30 Saturday night, numerous 911 calls were received from people who had seen the Facebook Live video online.  In the live feed, a mansaid that he was driving in the Texarkana area searching for a police officer alone so that he could ambush them.  Officers were able to view the live video feed and quickly determined that he was driving a late model black Chevrolet truck in the area of St. Michael Drive just west of I-369.  At one point, the man could be heard saying in the video that he had just passed an officer on the service road but was having to turn around to go get him.

Several officers responded to the area and located a similar vehicle as it turned onto Kings Highway from St. Michael Drive.  He pulled into the Sonic parking lot on Kings Hisghway but immediately fled at a high rate of speed when the officers activated their emergency lights.  Officers pursued the vehicle as he turned onto Hampton Road and headed toward the Redlick community.  An officer anticipated the route he was likely to take and deployed the spike system near the intersection of Shiloh and Leary Roads, which immediately deflated one of Swanson’s tires.  However, he continued to flee at a high rate of speed until coming to an eventual stop on Highway 82 in Hooks.

Swanson sat in his vehicle with his music blaring and ignored officers’ commands to exit.  After approximately 25 minutes, he stepped out of his vehicle and surrendered.  He was taken into custody without further incident.  He was wearing an armored plate carrier type vest when arrested, and officers found several weapons inside his vehicle.

Swanson is being held in the Bi-State Jail.  His bond has not yet been set. 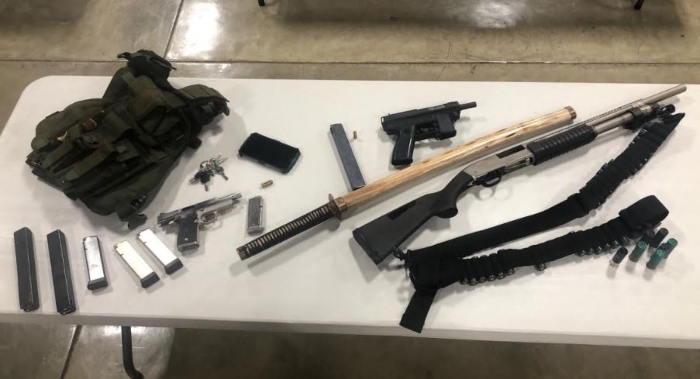