The Texarkana Texas Police Department is investigating another case of an ATM theft, or this time an attempted theft. Police arrested Reginald Cole of Missouri City, Texas but several other suspects were able to evade arrest after trying to rob the ATM at the Texar branch on Richmond Road.

We arrested Reginald Cole of Missouri City, Texas early this morning for felony Evading Arrest in a Vehicle after an attempted ATM theft. 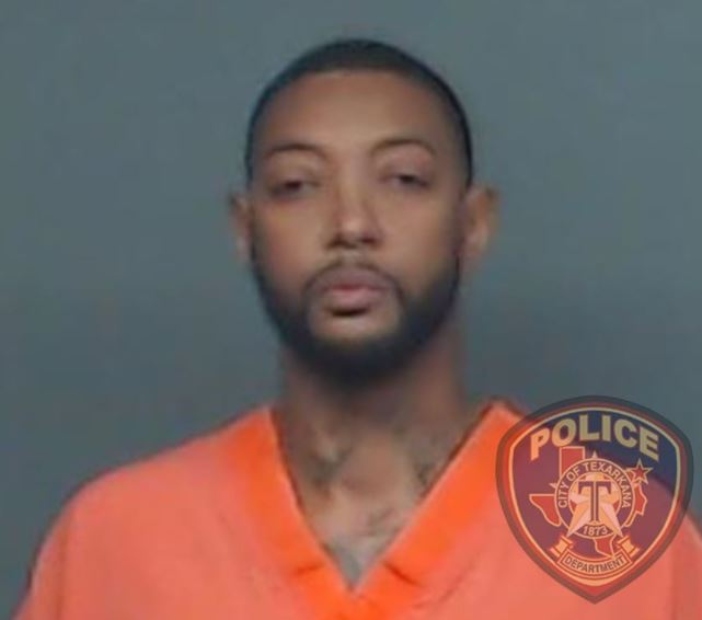 A witness called 911 about 4:00 this morning and reported seeing a truck backed up to an ATM at the TexAR Federal Credit Union on Richmond Road. Officer Daniel Linn arrived a couple minutes later, he saw a silver car leaving the parking lot at a high rate of speed, which immediately took off when he turned on his lights and siren. During the short pursuit through the neighborhood behind the credit union, the driver (Cole) suddenly stopped and several guys jumped out and started running in opposite directions. The driver then sped away again with Officer Linn still pursuing it. Cole finally pulled over on Richmond Road and was taken into custody. We searched for the guys who bailed out of the car but weren’t able to find any of them.
Back at the credit union, we found a Ford truck with a chain attached to the bumper that had crashed through a fence. It was still running and in gear, but there was no one around it. As is often the case on deals like this, we suspected that the truck was probably going to be stolen – but it didn’t show to be in the computer system. It was registered to someone in Marshall, so we asked the police department there to go by the owner’s house. They called us back a short time later and said they’d talked to the owner who didn’t know that his truck had been taken overnight.
The men were never able to get into the ATM, and they didn’t get away with a single penny. Unfortunately, they did a lot of damage trying to though. The ATM will have to be completely replaced, and that’s probably going to cost about $60,000.
Cole is sitting in the Bi-State Jail today with one felony charge – with a strong probability of more being added as Detective D.E. Evans does his investigation. Evans is also working to arrange a little reunion in the jail with Cole and his fleetfooted friends who ran off from his car. After all, we don’t want him to feel alone is all of this…