The 2017 Bandit Run: Texarkana to Atlanta kicks off in downtown Texarkana on Saturday, June 17 with a car show at the Antique Car Museum, BBQ, live music and more. “Smokey and the Bandit” fans and Trans AM enthusiasts will leave out of Texarkana on Sunday, June 18 making the trip to Atlanta Georgia!

Since the first Bandit Run in 2007, the tour has moved around starting and finishing in different locations across the country, but for 2017 the R.A.M.C. crew is back to make the Iconic beer run made famous in the classic movie from Texarkana to Atlanta,

“Buford T. Justice, a distinguished officer of the law with over 30 years seniority. One of the most highly respected law enforcement agents in the United States of America!” – movie quote. 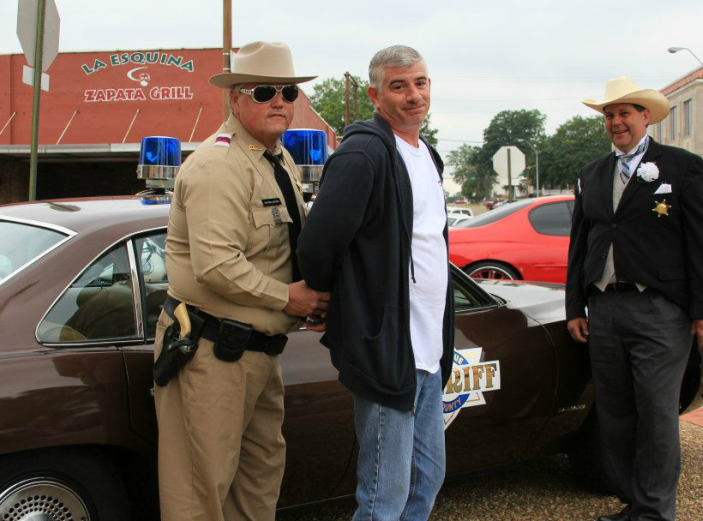 Registration is now open for those wanting to participate in the event! CLICK HERE FOR REGISTRATION INFO

The Bandit Run began in 2007 by “Restore a Muscle Car LLC.”  and in celebration of the 30th Anniversary of the movie “Smokey and the Bandit”. The idea is to roughly recreate the famous beer-run with a parade of Trans AM cars making the trip from Texarkana to Atlanta, Georgia, but instead of extremely high speeds in a race against the clock, the Bandit Run is a nice and easy weeklong tour that ends in Atlanta Georgia on Saturday, June 24. 2017 BANDIT RUN SCHEDULE

Wednesday June 21st Depart to Atlanta GA for the Smokey and the Bandit 40th Anniversary Celebration. This day is a beautiful scenic drive through the Talladega National Forest.

Get ready for the celebration, and follow The Bandit Run or our TexarkanaFYI Facebook Pages for updates and schedules of events surrounding the Texarkana celebration and other stops for the 2017 Bandit Run!