It’s official, thanks to a proclamation by Sheriff William Thomas, the Sheriff of Montague County, Texas, Buford T. Justice officially takes out after the Bandit from Texarkana, Arkansas this morning, (5/23), at 10:00 am. Here are the details.

A little bit of rain and thunder cannot dampen the spirits of participants of the 2022 Bandit Run, here in the 45th anniversary year of the movie that made that beer run from Texarkana famous, Smokey & the Bandit. 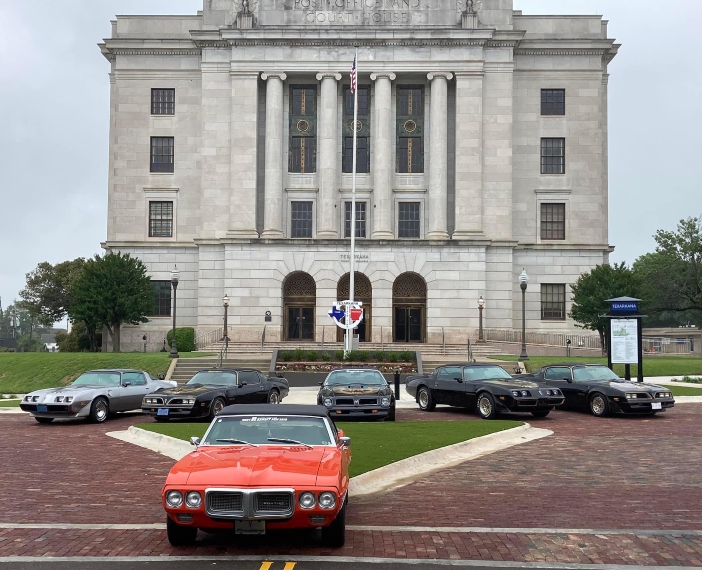 The Bandit Run is a yearly event started by Dave Hall of Restore a Muscle Car and David Hershey in 2007. The first year was a celebration of the 30th anniversary of the movie Smokey and the Bandit.

The 2007 run re-enacted the drive from Texarkana to Atlanta.

The mission of the Bandit Run is to get classic cars out of the garage and onto the road.

All participants are welcome and not just owners of Trans Am’s or muscle cars.

Restore a Muscle Car works with the Bandit Run group to put a new route together each year that will help get other people/cars involved and get to see different parts of the country as well. 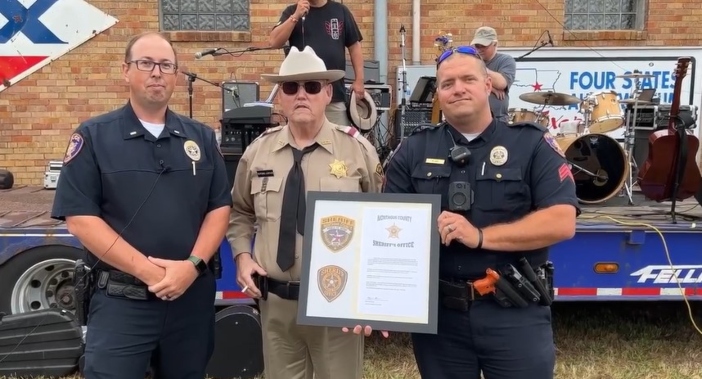 Yesterday, in a ceremony at the Bandit Run 2022 “Shine & Show” in downtown Texarkana, officials with our local law enforcement agencies made it official and presented a proclamation from Sheriff William, Thomas of Montague County, Texas naming David Betz, aka “Sheriff Buford T. Justice” as honorary sheriff for the 2022 Bandit Run to chase the Bandit all the way to Georgia… 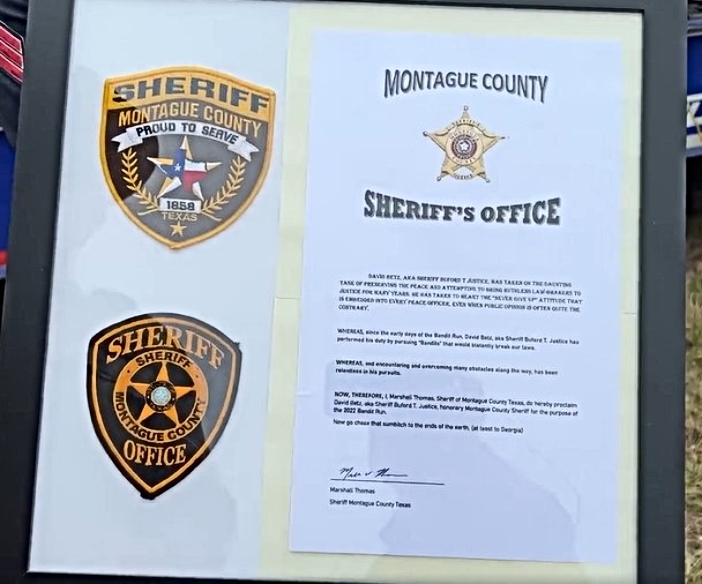 Sheriff Buford T, Justice sets out after “The Bandits” this morning at 10:00 am…

Monday, May 23 – Texarkana, AR. to Vicksburg, MS.
9:30 AM – Police Escort Parade from Hotel down Stateline Avenue to Four States Auto Museum on Broad Street in downtown Texarkana. All cars with Bandit Run Sticker get a can of Coors to haul.
10:00 AM – Depart Texarkana, AR. for Farmerville, LA. 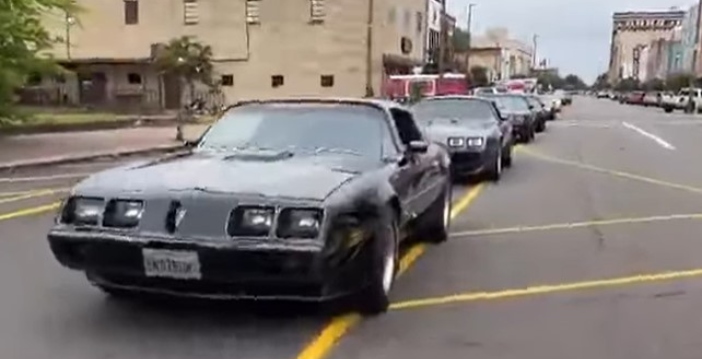 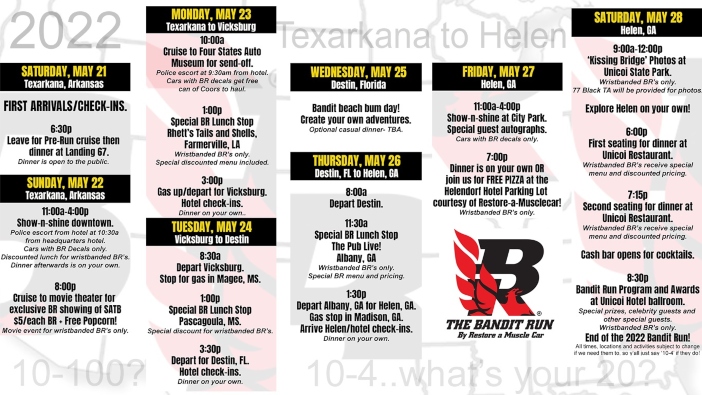