It is terrible that this horrible disease has taken another from our community, Shon Matthews was a longtime paramedic with Lifenet and a mentor to many. His battle with COVID 19 has been documented on social media with friends showing support. We pray for all of them.

This was posted by Lifenet:

Earlier today we learned about the unfortunate passing of one of our own. LifeNet Paramedic Shon Matthews had worked in our Texarkana Division since October of 2007. During his 48 years on this earth, Shon led a life devoted to service above self in everything he did.

Prior to working for LifeNet, Shon spent nearly two decades working at Alumax Mill Products, as both union president and a finishing operator before a family accident inspired Shon to change career paths.

Within a few months of the accident, Shon joined the Booker Bridge Volunteer Fire Department in Miller County, Arkansas, as a first responder. Shortly thereafter, he also became part of the first responder team at the mill where he was working full-time. Through the training he took at the mill, Shon met a paramedic working at LifeNet who told Shon he was a “natural” fit for EMS and encouraged him to consider a career as a paramedic.

Shon decided to start EMT school and began working for LifeNet EMS part-time in 2007 as an EMT while continuing his education to become a paramedic.

In March of 2009, Shon joined LifeNet full-time, and a few years later, he was promoted to a field training officer role. He quickly proved himself as an asset in that position, and in May of 2013, when one of the company’s Operations Managers (OMs) was deployed overseas, Shon was selected to temporarily fill that role for nine months.

When it was time for Shon to return to his role working as a ground paramedic, the LifeNet Air medical helicopter in Texarkana had a position open. Shon was asked to fill-in as a flight medic.

Shortly thereafter, Shon was asked to help his family start a business. He briefly stepped away from a full-time career in EMS. During that time period, Shon still worked call-in-relief for LifeNet as a paramedic.

After six months working in the family business, he realized his heart wasn’t in the business, it was in EMS.

In June of 2016, Shon was offered a full-time role as a flight medic on LifeNet Air. It was a job he had dreamed about having since starting in EMS. Less than a year later, a full-time opening came up for an Operations Manager (OM) role.

In August 2016, Shon was promoted to OM for LifeNet’s Texarkana Division, while also continuing to work as needed on the LifeNet Air medical helicopter.

In 2019, Shon’s dedication and commitment to doing whatever the company needed to take care of patients and to serve the community inspired his colleagues to nominate him for the Star of Life award. That summer, Shon represented LifeNet in Washington D.C. at the American Ambulance Association’s Star of Life event. During the trip, Shon posted so many selfies on social media of him across our Nation’s Capital, that he earned the nickname “The Selfie King”.

In the summer of 2020, Shon was promoted to Area Manager, where he was responsible for overseeing LifeNet’s operations in Morris and Cass Counties.

When Shon was not working full-time in one of the aforementioned roles, he was working to both educate the community on safety and to also build the next generation of EMS professionals. In addition to teaching ground schools to local first responders for LifeNet Air, Shon also taught BCLS, ACLS, ITLS, PEPP, and pediatric first aid. Additionally, he was an instructor in the EMT and Paramedic programs at Texarkana College.

Outside of EMS, Shon was a devoted family man. He adored his wife, Jennifer, and their children, Nicole and Derek.

Shon was also an active member of Fairland Holiness Church, where he served as a Sunday School teacher.

His passing leaves a hole in the hearts of those he worked with that will never be filled. The positive memories he leaves behind him through his dedication to serving others will help heal our hurt as time goes on and we mourn his passing.

Our thoughts and prayers are with his family during this time of loss. 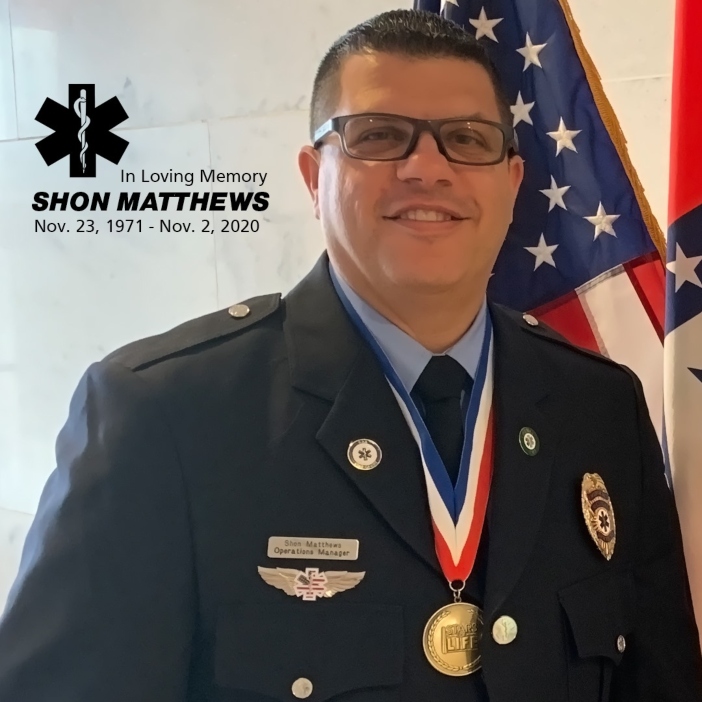 Life doesn’t make sense sometimes and we spend alot of energy trying to figure out why things happen the way they do. Police officers, fire fighters, and ems personnel are a special people. They are willing to run into situations most people run from. It seems as of late, to many on the front lines of life’s tragedies are losing their life to soon and by means we don’t understand. I worked along side Shon Matthews for many years at the scenes of cardiac arrest, suicides, car accidents, shoots, and the list goes on. As a police officer, we are often the first on scene of these situations and our actions can mean the difference in life or death until ems arrives. I cant count the number of times I was knees and elbows trying to help someone and I hear the voice of Shon as he ran up behind me. Hey, Les, what do we got? Shon was always one to crawl into a smashed vehicle with me to help a patient and never stopped to think about his own safety. As I type this, I think of several of those crashes and we would walk out after the fact and he would always say, hey you got blood on your uniform while trying to hand me something to clean myself up with. He was always smiling and even in the worse of situations offering words of encouragement and peace. I heard of Shon’s situation as he began to fight this battle and until yesterday, I never once thought these were his last days. I was shocked as everyone else to learn of his passing and I just now was able to sit down and put this into words. Shon touched alot of people as a person and paramedic. I was always thankful when I saw him and knew whatever I needed it was handled. He is definitely going to be missed by his family, his ems family, and those that worked the streets along side him. God bless, I know with his faith he has moved on to a better place, I ask for peace and love for those left behind. God bless! 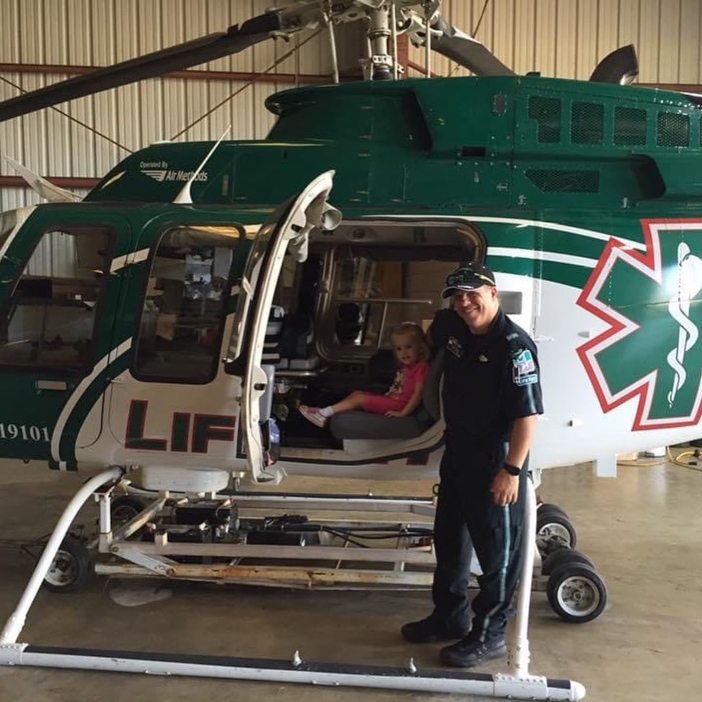 I first met Shon when he worked out at Alumax back in the Bull Dog 100 Days, our team and the Alcoa team became quick friends and had a lot of fun. Would see Shon at events, and at some sad scenes, but he was always the kind man he was. His loss will have a deep and long-lasting impact on those that knew him. Our prayers are with them all.