The Texarkana Texas Police Department has requested a bomb squad from DFW to assist after a grenade was discovered by workers under the porch of a home located at 39th and Olive Streets.

Workers at a vacant house at West 39th and Olive Streets found a grenade under a porch there this afternoon. We are currently on scene and awaiting the arrival of a bomb squad from the DFW area. Some homes near the house have been evacuated and adjacent streets blocked as a precautionary measure. While we believe that the grenade is likely inert, we are really not sure if that is the case or not. That said, we are obviously handling it with the utmost caution. 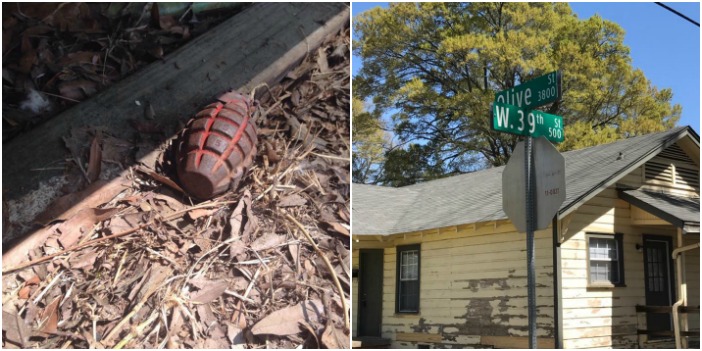