A longtime favorite for diners in Texarkana and the surrounding region, Bryce’s Cafeteria has had their food service permit pulled by the Texarkana Texas Health Department for repeated code violations.

As the Wednesday dinner crowd was arriving to the restaurant at 5:00 P.M. they found the doors locked and a sign posted on the door by the city Health Inspector… 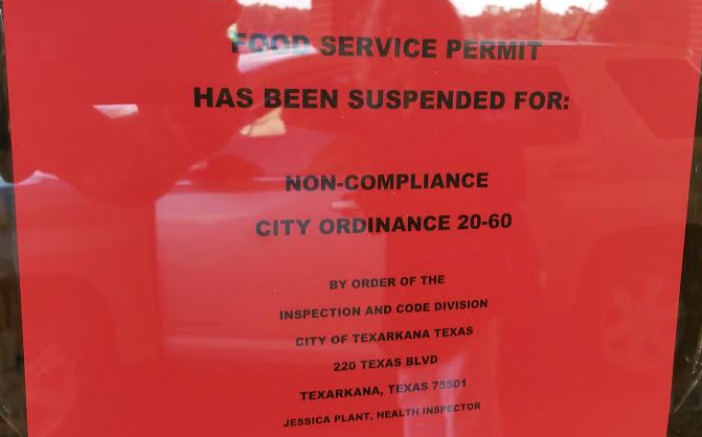 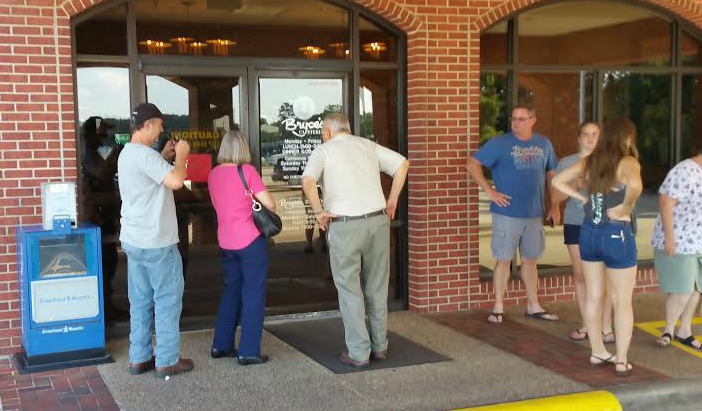 Other customers in the parking lot commented that this has happened at least three times in the last month. I asked why the keep coming back, and one man said, “we love them”. Workers were seen thru the window frantically cleaning all surfaces in the serving area. Employees that we were able to talk to would not comment.

We reached out to Texarkana Texas Spokesperson Lisa Thompson for an explanation of the violations and the process the health department goes through before a food service permit is pulled, and she responded,

“I will send you the documents, the letter, and report document on the scores. It is an overall score issue. The restaurant had failed three inspections in 10 days and we decided to shut them down immediately for the safety of our citizens, keeping them safe is our main priority.” 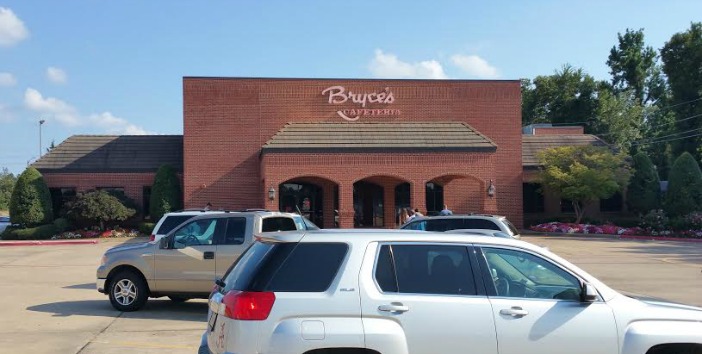 Here are the documents provided by Ms. Thompson… 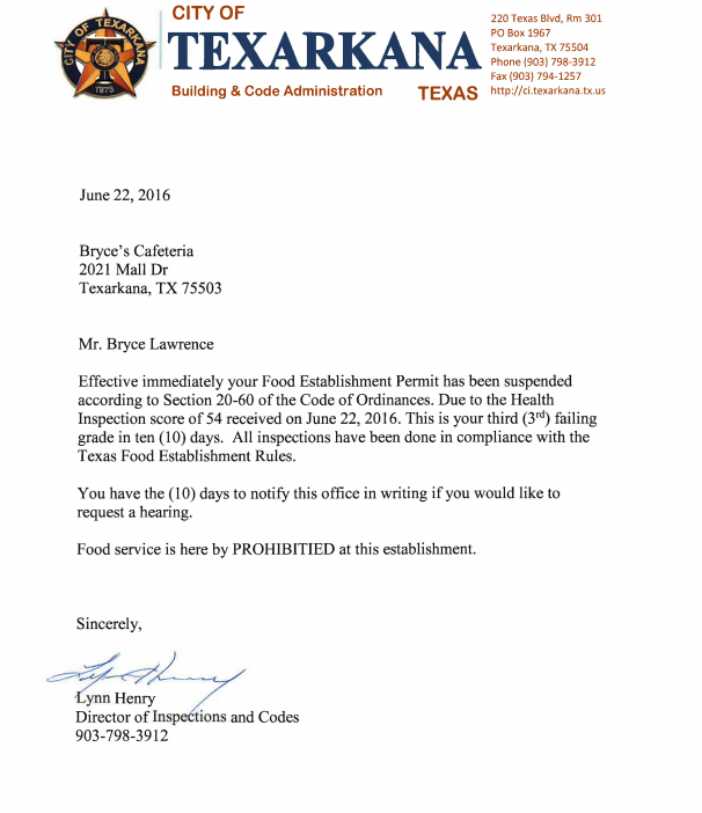 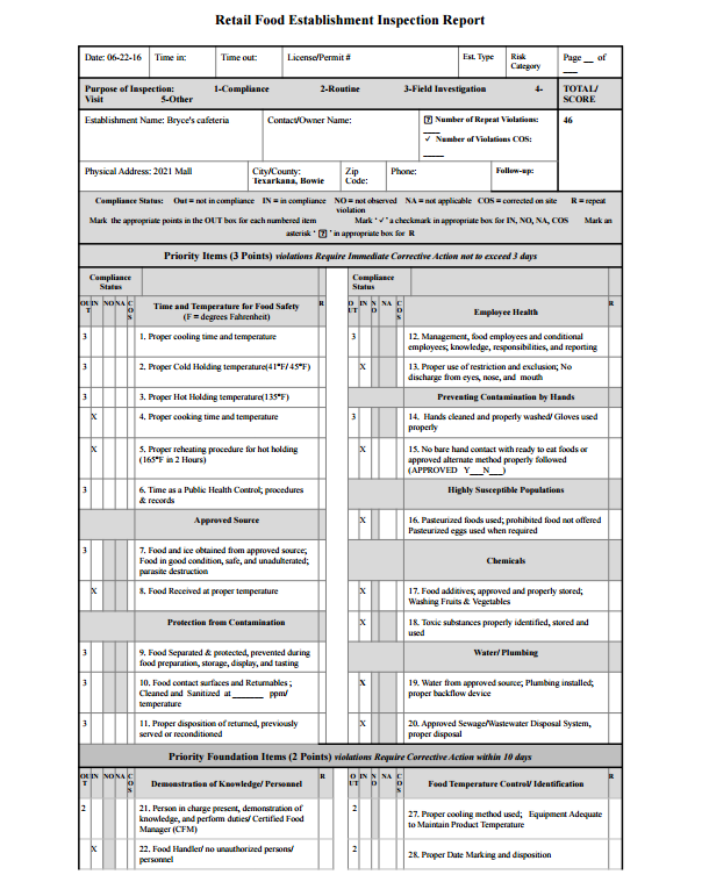 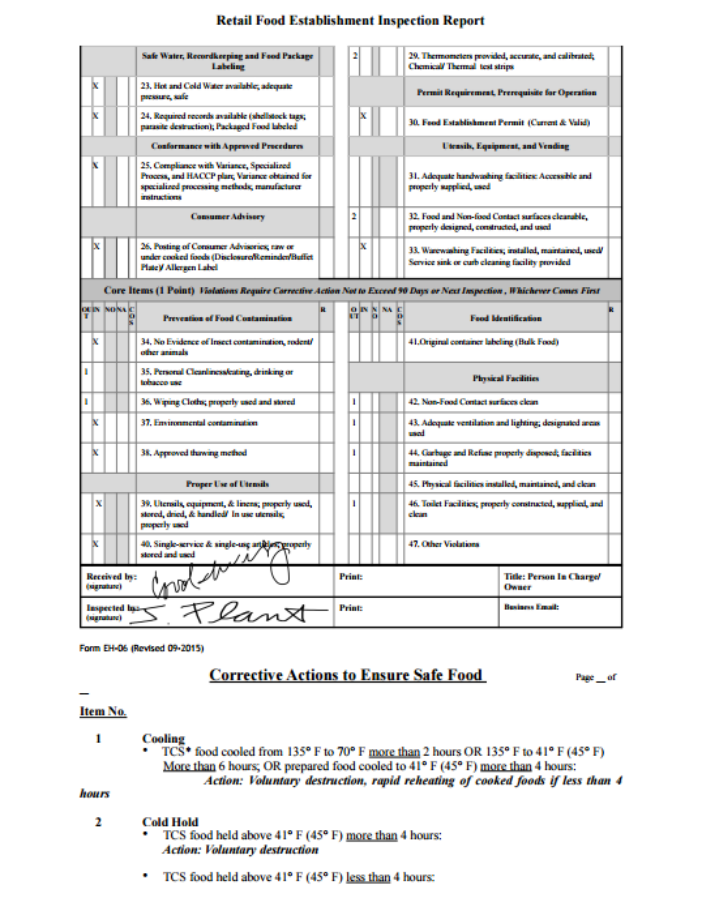 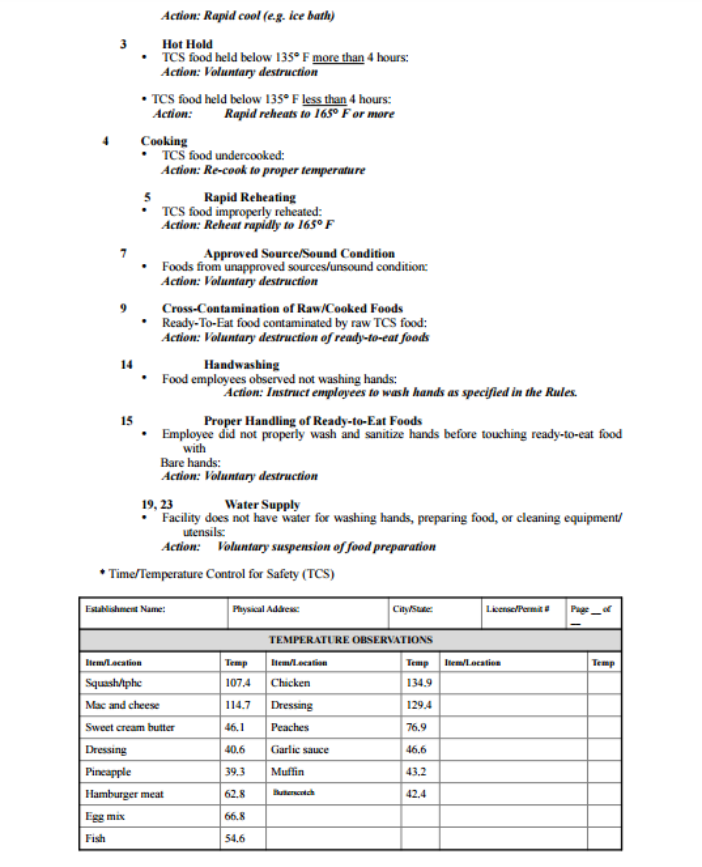 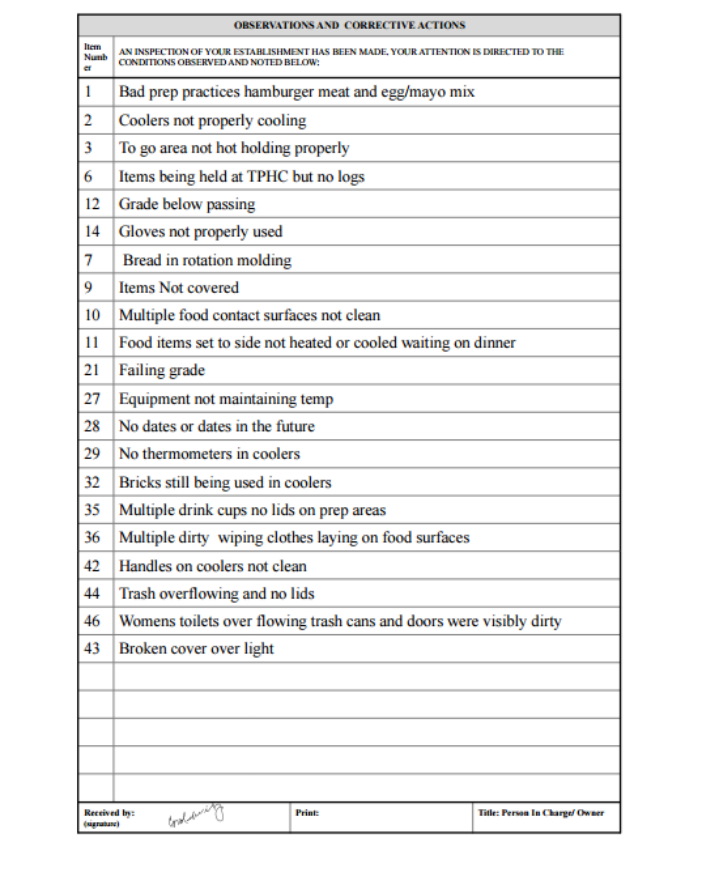 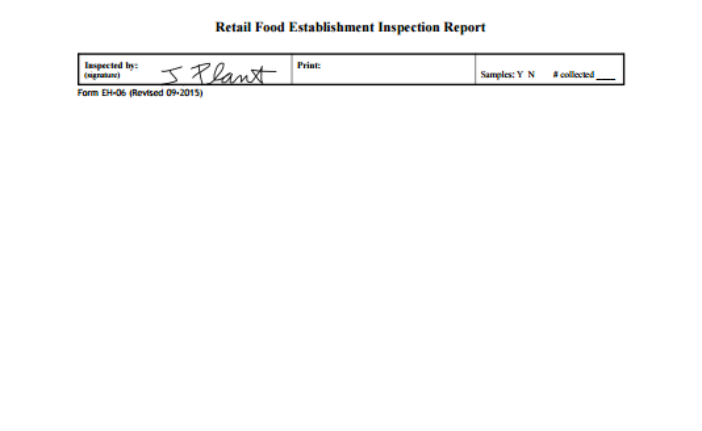