The City of Texarkana, Texas has started work on a traffic circle to ease traffic patterns near Texarkana Pavilion and Richmond Ranch shopping centers.  STAN Construction will begin construction on a roundabout at the intersection of Gibson Lane and Pavilion Parkway on August 8, 2016. This construction will require the intersection of these two streets to be closed while work is occurring.  The project is estimated to be complete by September 12, 2016.

Traffic will be re-routed starting August 8, 2016, with multiple options open for travelers for differing travel routes.

According to Public Works Director, Kyle Dooley, this will be the city’s first traffic circle.

“From a traffic efficiency standpoint, a roundabout will allow for less stopping and smoother traffic flow versus stop sign control. Roundabouts also require less up keep of the intersection moving forward,” Dooley said. 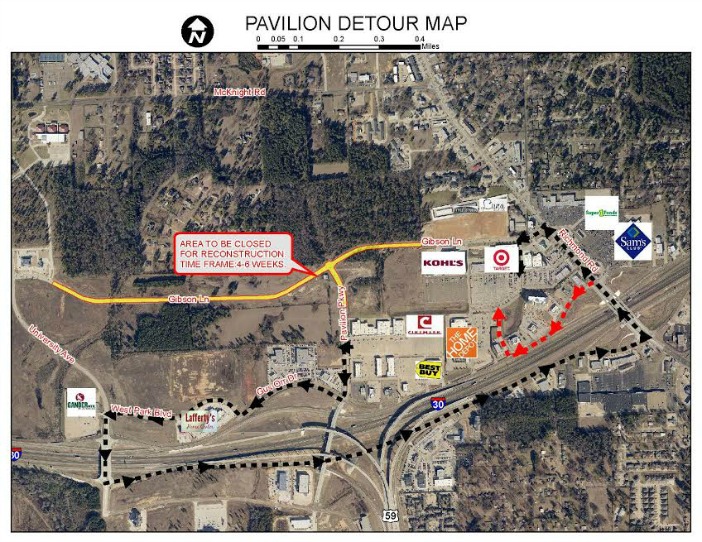