According to a release from the Texas Department of Public Safety, a cow was in the middle of I-30 when it was struck by a semi-truck, the truck then crossed the median where more vehicles were involved and ultimately took the life of another semi-truck driver.

The crash had traffic stopped on both lanes of I-30 for hours, and very congested and slow-moving on Highway 82 as folks tried to avoid the crash scene near Hooks, Texas.

It all began at about 2:30 am when a cow was in the westbound lane of Interstate 30 near Hooks and was struck by a 2011 Freightliner. The truck then crossed the median into the eastbound lane where it was struck by a 2021 Chevrolet Malibu. The truck’s trailer rolled onto its side and was then struck by a 2005 Freightliner semi-truck that went through the rolled trailer and caught on fire. A third semi, a 2020 Volvo was able to avoid the initial crash but struck an axle from one of the other vehicles, and its trailer rolled onto its side.

The driver of the 2005 Freightliner truck was killed in the crash.

We are not releasing his identity.

Our thoughts and prayers with all of those involved in this tragic accident. 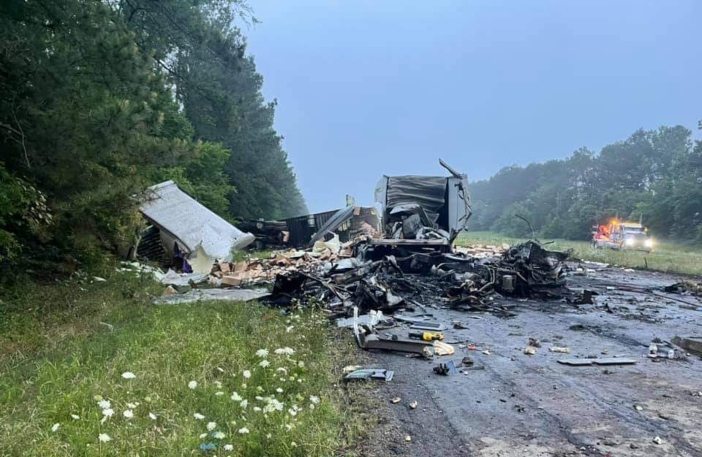