Charles Sprayberry, 42, escaped from the Cass County Jail Monday night after overpowering a male guard and forcing a female jailer to open the door outside. Sprayberry was captured after a car chase Wednesday Morning just south of Moringsport Louisiana.

An escaped inmate out of Cass County, Texas is back in handcuffs after Caddo deputies chased and arrested him on LA 169 south of Moringsport this morning, said Sheriff Steve Prator.

After a short chase, Charles Spraberry and Shea Smith, 37, who was in the car with him were arrested at approximately 8:01 a.m. They will be booked into Caddo Correctional Center.

Charges are pending as the investigation continues. 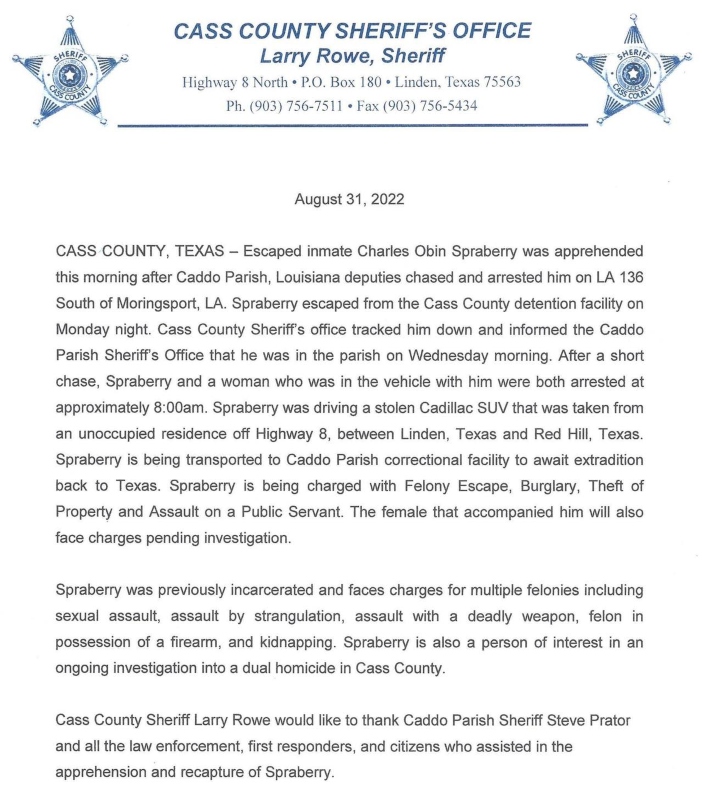