The story of Woody the Chocolate Labrador Retriever has spread across social media in Texarkana. The story that a dog was stolen. then ended up at the shelter and was euthanized while the mentally handicapped owner was trying to find means to reclaim Woody. However, there is much more to the story.

I have spoken to TJ Henderson, the man that had this post shared to Facebook September 8th from his profile, though typed by someone else for him,

Hello, our dog was stolen. We had no idea of his whereabouts. We called the dog pound twice, they told us there was no dog who matched the description of a chocolate lab. So we continued the search for “Woody”. 15 days later we drove down to the pound, in hopes of seeing woody. He was there. When we arrived they told us to go to the city hall on Texas side and it wouldn’t be any charge to adopt him back. She said come adopt him Saturday between the hours of 11-2pm. When we went down there to the city hall they told us itd be a fee to adopt our dog woody back. So we went to the police station and brought the report of the dog being stolen to them (at the pound), they Called the police and had us banned from the dog pound.

When i say we meaning me and my dad.

We really want our Dog back and feel like we’re getting screwed around. When a dog is stolen they’re automatically supposed to be released to the owners once found.

Here is more of the story, as compiled by reports from named parties and concerned citizens that have looked into the issue in an effort to resolve the issue for a happy ending to this story. 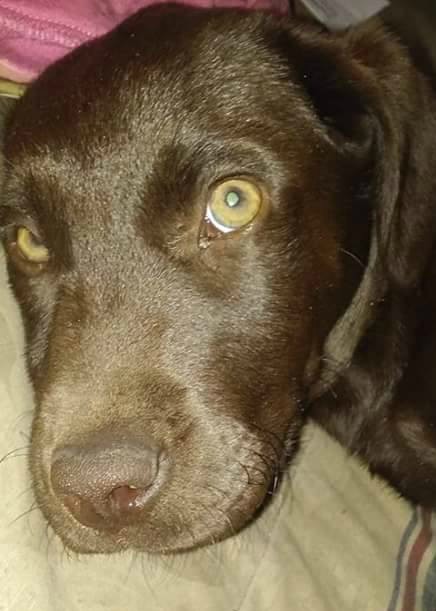 I heard from a “concerned citizen” that had gone to the shelter on Friday September 9th. He went to adopt Woody and was going to return the dog to TJ Henderson. He met with Shelter Director Charles Lokey, and they began the process to adopt the dog. As they went to retrieve the dog from his kennel, he could not be located.

First, I spoke to TJ, it was a little difficult to communicate with him on the phone. I do hope to meet with him within the next week. TJ, told basically the same story as posted above. As we spoke, some details changed, but I just thought it was in our communication.

I then spoke to an employee of the shelter who informed me they were instructed not to comment. After sharing the pic of Woody with the hashtag #justiceforwoody I started to hear from the people involved.

Here is the official story I got about Woody…

The dog was picked up by Animal Control in Texarkana Texas on August 18, 2016 with no tags or collar. On August 25 at 8:30 p.m., TJ called police to his residence wanting to report his dog stolen. When officers arrived, “The RP stated his dog had been stolen and was at the animal shelter. “The RP did not want to file a police report”. The first time that TJ and his father visited the shelter to retrieve Woody was on September 2, 2016. The men stated their dog had been stolen. Shelter personnel informed the men that they would need to get a police report and that the dog would be released to them. Without the report would have to clear their fees with Texarkana,Texas. The men went to Texarkana Texas City Hall, where they were informed that the cost would be $90, plus costs, $10 per day boarding fee, $20 microchip,  to reclaim the animal, that would amount to hundreds of dollars. TJ and his father were informed that it would be less expensive to adopt the dog to get him back. The men returned to the shelter on September 3 and informed the Director that Texas had told them to “waive all of the fees and let them have their dog”. This was not true. Charles Lokey offered to waive the $40 adoption fee, but to reclaim Woody, he would have to be neutered, microchipped, and vetted. The men refused and demanded their dog. The men became aggressive enough that police were called to the scene, as confirmed by TAPD officers. TJ Henderson and his father were told that they could not return to the property. On September 3rd, a standing order was placed at the shelter to pay extra attention to Woody, and he was under a strict do not euthanize order, a “DNE”. According to Charles Lokey all staff were clearly informed when the director informed them,

I don’t want anything to happen to this dog, i am going to do everything I can to get this all worked out.

Skip ahead to September 8, when Woody’s story went public. 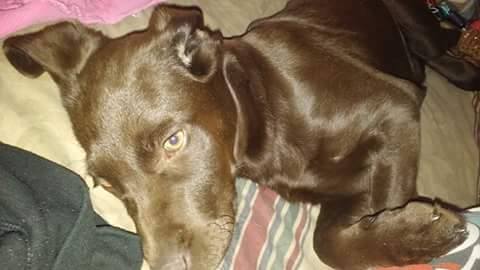 On Thursday September 8, Lowes was at the shelter completing construction projects they had donated materials, and labor to complete. The Kennel Tech, whose duties are performed in the downstairs area, had a heated discussion with the shelter director regarding the construction and him not being able to work. The employee was told to return to his duties and allegedly with a bad attitude, the tech returned to the downstairs area. The director went about his daily duties, including a call about some pigs rooting in the city. When the director returned to the shelter the tech was gone. The director continued with his duties and at the end of the work day he did his daily walk through. Charles Lokey admitted that to him everything seemed normal, locks locked etc…

Friday September 9 as a concerned citizen, who asked not to be identified due to nature of his charitable organization, was at the shelter beginning the process of adoption for Woody with intentions on returning Woody to his rightful owner it was discovered that Woody had been euthanized by the tech before he left the day before. The director of the shelter alleges that the healthy dog had been euthanized by the “disgruntled employee” on purpose. The employee did not work on Friday, but measures are being taken to deal with his insubordination. It is alleged that there has been many disciplinary issues with this employee, and it is believed that this was a deliberate act against the standing DNE order and the shelter policy that every animal euthanized has to be personally approved by the director of the Shelter, Charles Lokey. Mr. Lokey did not approve the euthanization of the dog. Texarkana Arkansas City Manager Kenny Haskins has said that “this act will not be tolerated and the employee will be dealt with.” Shelter Director Charles Lokey says this has been turned over to the Office of the District Attorney for possible criminal charges to be filed.

So, allegedly, the Kennel Tech euthanized the healthy dog that so many people were interested in as a deliberate act of spite against the shelter director.

This is absolutely terrible, This will not be tolerated. The employee will be dealt with harshly, an investigation is underway and there will be justice for Woody.

We at TexarkanaFYI.com will make every effort to stay on top of this story to help bring justice for Woody. We are sure there will be even more to come out on this story over the next week , and we have other government officials that we want to talk to regarding this case.