The Policing Experience is a community education program created by members of the Texarkana Texas Police Department. This was a real eye opener. Many believe that they can put themselves in someone else’s shoes and empathize, but doing the Policing Experience truly puts you in a very well simulated line of duty with common challenges that our men and women behind the badge face daily. 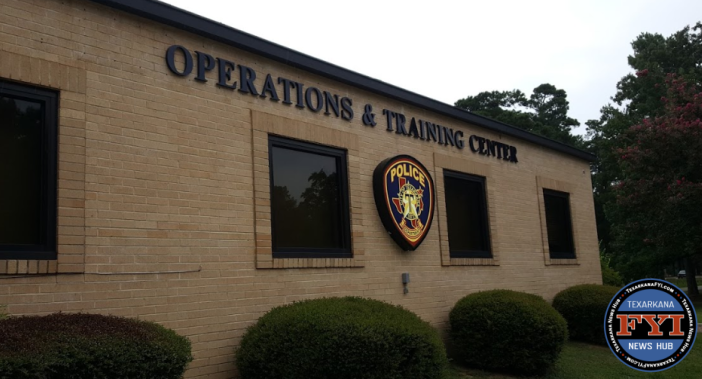 I was very fortunate to be invited to participate in the third class of The Policing Experience with other members of the community. Class 003 was a diverse group ranging from medical professionals to executives, educators to mechanics, news people to clergy and even a blogger. Every participant in the program now sees our local law enforcement thru new eyes. The program is one night per week for six-weeks, and Lt. Shawn Fitzgerald makes it his personal mission to make sure that everybody eats really well, and he is serious about it. The program is held at the new Texarkana Texas Police Departments Special Operations and Training Facility. The professionals and city government behind them have really build a spectacular training program, so good in fact that agencies from across the state of Texas are sending officers to Texarkana for specialized training. 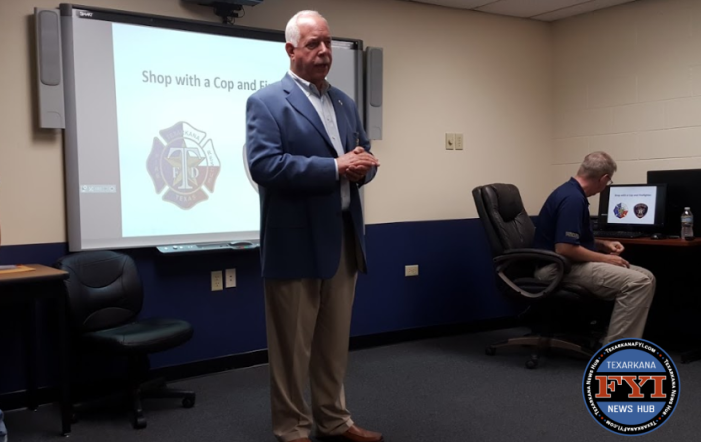 The first night we met the top brass, Chief Dan Shiner introduced himself and told his story of how he came to Texarkana after a long career in law enforcement that took him from California to Lancaster Texas, and why he and his wife have chosen to retire and stay here in Texarkana. Chief Shiner introduced Assistant Chiefs Charles Kreidler that leads the Operations Division and Kevin Schutte that commands the Support Services Division. Both Kreidler and Schutte are TTPD thru and thru. Schutte began his career with TTPD as a jailer back when the Bi-State was new. Kreidler began his career with TTPD as an animal control officer. This is just a couple of examples of how dedicated the men and women of TTPD are. All of the TTPD leaders and officers are extremely active and available in The Policing Experience from beginning to end.
(Chief Schutte texted me today to remind me that I still need to schedule my “Ride Along”.) 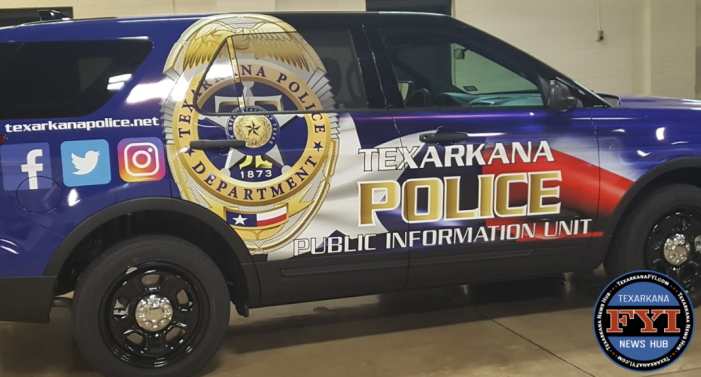 Our first night of the experience was learning about the numbers. The stats related to crimes, locations, arrests, etc. Traffic issues, patrols, accidents patrol areas. A complete rundown of the Operations Division. Then the group took a tour through the Bi-State Jail. Which is not anything nice, at all. Before leaving Bi-State Building that night we toured the Communications Center and observed the 911 dispatchers at work. This, in my opinion, is one of the toughest jobs in the Department. Right ahead of CSI because of the “Ick Factor”.

The Policing Experience gives you the opportunity to perform mock traffic stops. This, as controlled as it was, really gets your heart rate up. Officers with the department act as drivers and passengers of a car you pull over. This is all inside the Training Center. The lights are out, only the spotlight, strobes, and flashers of the patrol vehicle light the room, so visibility is horrible. You radio dispatch and give your location and describe what you are doing, traffic stop, vehicle id, and tag number. You approach the vehicle and engage the driver. In my simulation, one of the passengers in the car is videoing with his camera, they are abusive and confrontational. I ask for the driver’s license and proof of insurance which is met with a lot of guff… passengers don’t have ID and the like. You return to the patrol car and call in drivers licenses and get the call from dispatch that one of the passengers is wanted out of Dallas County for felony crimes and is considered armed and dangerous. The heart really starts beating now, you know you are being recorded not only with a dashcam, but the guy in the car with a cellphone also. When the passenger you know is wanted exits the vehicle and is noncompliant with orders, while this is happening the driver’s door opens and it turns into a gunfight, I may have survived, but never the less, I got shot. 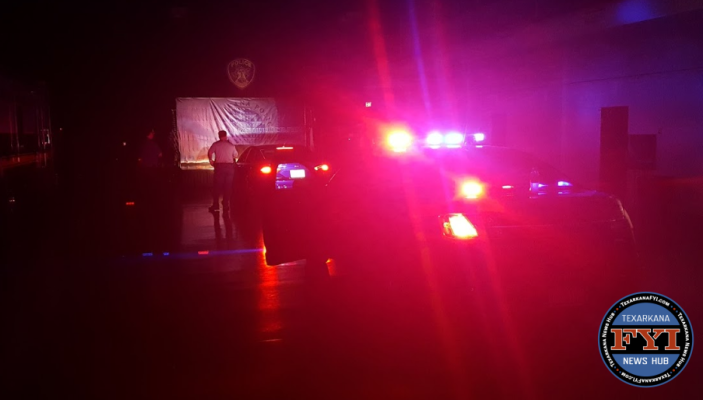 Participating in the TTPD Policing Experience gives you the chance to meet and learn from our local SWAT officers. We learn about of the equipment they use, some of their special tactics and more. Remember, this is 100% full access, they are not keeping secrets in The Policing Experience, they really want you to understand how every bit of this works. Then, we went thru some training drills with SWAT gear, including practice runs on a taped out floor plan inside the training center before doing it for real. Each participant then suits up with body armor, Kevlar helmets, M-4’s and actually forcefully enter a darkened room in teams of 5 with targets, some armed, some not. This is live fire, with simunitions. That is an actual cartridge that fires a projectile similar to a soap-marker or small paintball. The weapon reacts just as if it were a real bullet. The slide cycles and chambers another round. We also got to experiment with some shotgun rounds for special tactics and a crowd favorite the concussion or flash bang grenades. Though folks walking their dog’s in Spring Lake Park may not have enjoyed it as much. 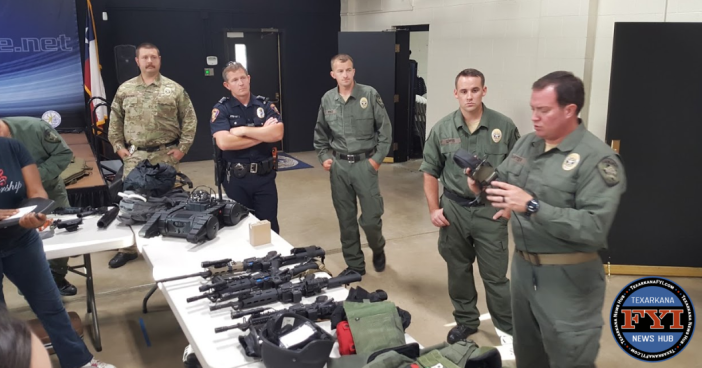 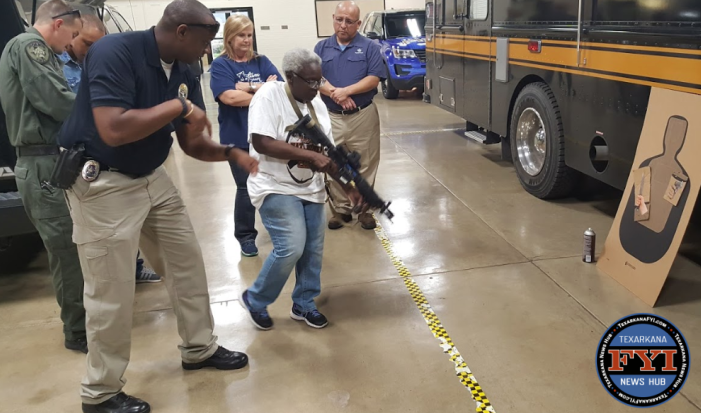 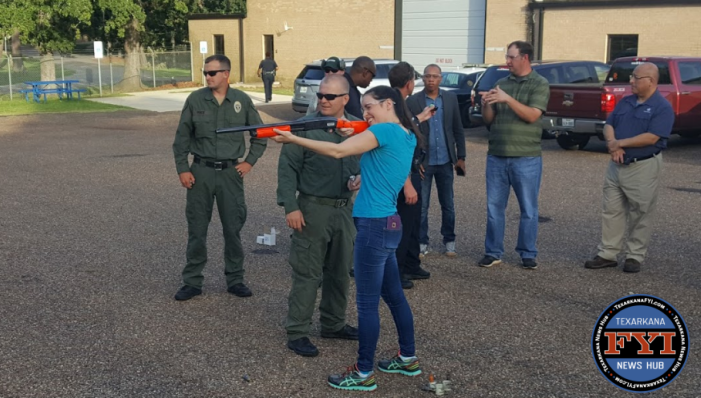 We were given a complete rundown of the narcotics division, with examples presented of the many different types of drugs confiscated recently in Texarkana, and we met Boston, he is one of our TTPD K-9 officers. The members of Class 003 were all gung ho to help with a little attack training for Boston, offering up an arm for Officer Boston to Chomp down on, and even through the special padded gear, you most definitely feel the power this pup brings to the fight. 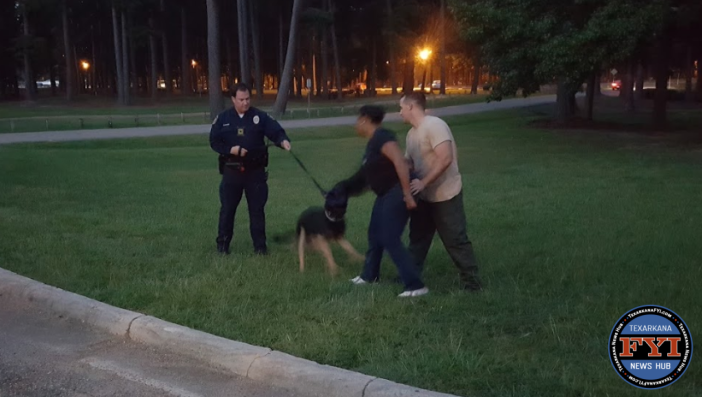 The Policing Experience portion on Homicide and Crime Scene Investigation was extremely interesting in the way the two were presented together. That way it seems to give a better understanding on how the two parts of an investigation work together but have to work separately. We discussed a Texarkana murder case, and broke down the whole case from beginning to end and really highlighted how important proper crime scene documentation and investigation is to proving someone’s guilt or innocence.

We have some of the best, and most highly trained crime scene investigators in the entire four states region here in Texarkana. The TTPD Crime Scene Investigators are often called upon by regional law enforcement agencies to process their crime scenes. Participants in The Policing Experience learned about evidence chain of command, pulling an processing finger prints, how alternate light sources work in identification at crime scenes and more. Some of the things you see on TV are kind of similar, but for the most part, don’t let television fool you into thinking that the hard work these dedicated individuals put in can be wrapped up within just a few commercial breaks. Countless hours and always, always, always training and learning the newest technology and processes goes into this job. It is truly one of the most difficult jobs I could imagine in the department. 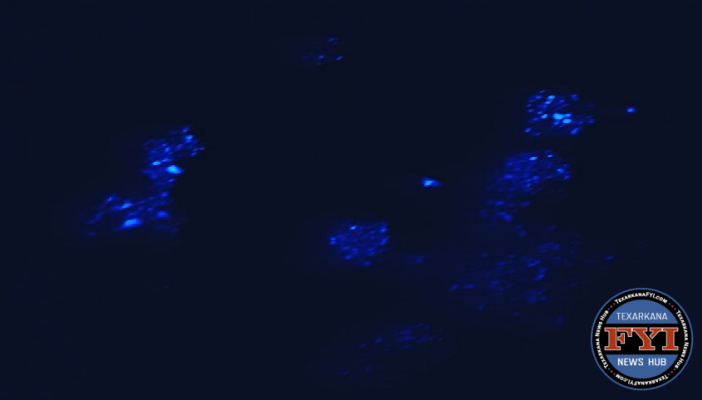 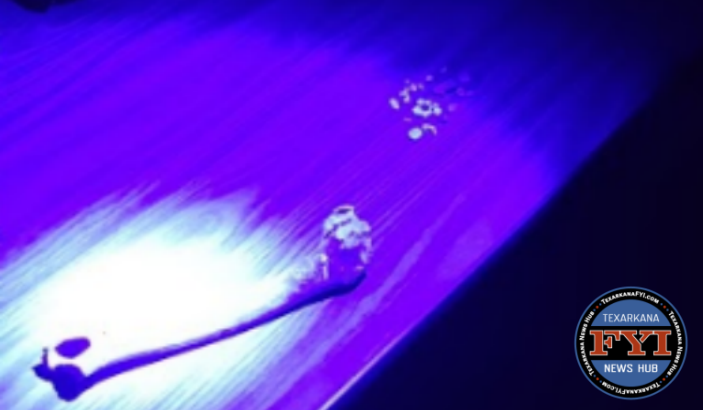 To this blogger, the most haunting exercise of The Policing Experience is the Simulator. Not sure of the price, but it is one of the most advanced systems I have ever seen. The program is life size virtual with an operator that is able to change every scenario in multiple ways. A bad situation could get real bad with gunfire, and the simulator shoots little empty paint balls at you also, or the situation can be defused and a happy outcome to the scenario. The outcome is determined by the operator on a number of criteria most important being if you as the officer were able to take charge of the situation and communicate. I don’t want to give too much away about the scenarios I saw and participated in because I want everyone to do this and experience this for themselves. I will say, one scenario ended with me shooting a suspect twice, but only after he shot someone in front of me. I did a scenario that ended peacefully. It was so lifelike that I didn’t know the scenario was over until the operator said so because it had been so intense, that I completely forgot that I had pepper spray and really should have used it. I will say that after all had gone through one by one, another participant was partnered with me to respond to an active shooter situation at a local high school. She had a side arm and I was carrying an M-4. This scenario seemed so real that the way things happened, well, it still haunts me to this day. 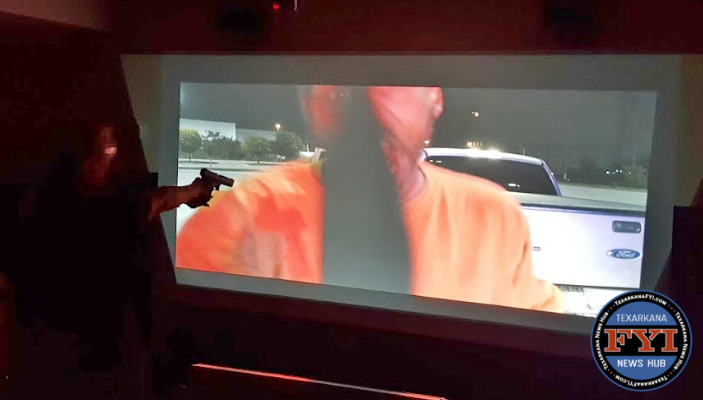 The Texarkana Texas Police Department’s “The Policing Experience” is a completely new type of community education that is getting attention from agencies across the country. It goes so much further in depth than any type of citizen police academy type program ever has. It is an experiment in transparent honesty with the community in all aspects of Police work, specifically in the Texarkana area.

For more information on The Policing Experience, contact Public Information Officer Shawn Vaughn at 903.798.3114 or Vaughn@txkusa.org.

What I take away from The Policing Experience is the inside look at the training that our officers go thru, and how much they truly love the continuous training and their conviction to serving the community. Seriously, officers in a lot of bigger city’s, some not too far away from here, would not be qualified to patrol the streets of Texarkana to the standards of the men and women of the Texarkana Texas Police Department. I am proud we have them protecting us here in Texarkana.

I am glad we have them protecting us here in Texarkana, and I am proud to be a member of the Policing Experience Alumni. 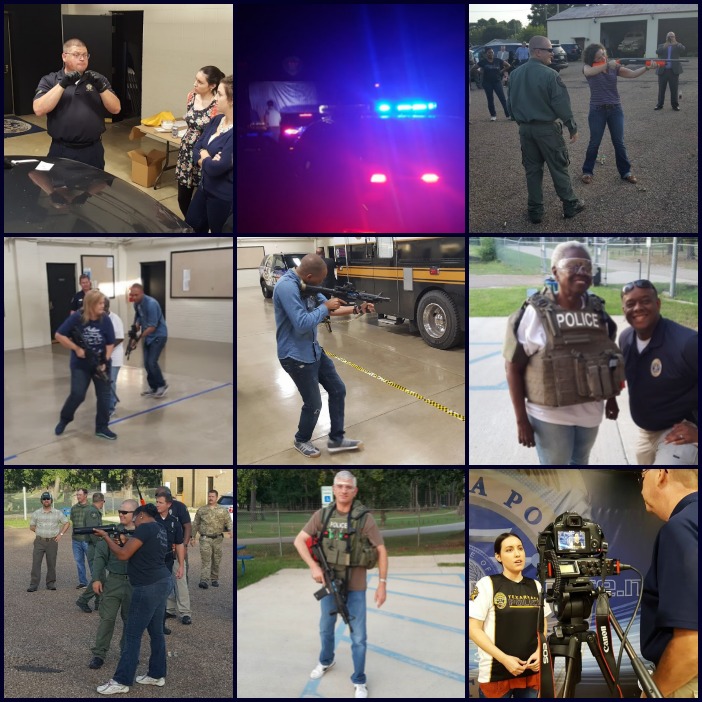