We are thrilled to report that our friend, Kevin Schutte has been appointed to the position of acting police chief of the Texarkana Texas Police Department effective December 29. 2018.

The City of Texarkana, Texas is pleased to announce the appointment of Kevin Schutte as Acting Police Chief effective on December 29. The City Council will vote to confirm Schutte’s appointment at its regular scheduled meeting on January 14. This announcement comes after Police Chief Daniel Shiner announced his plans to retire at the end of this year. Shiner served the City of Texarkana, Texas for the past 11 years and looks forward to spending more time with his family in retirement.

Schutte, a Hooks, Texas native, has filled various positions in the Texarkana Texas Police Department for the past 30 years, most recently as an Assistant Chief of Police. He has held positions as a patrol officer, a member of a specialized street narcotics unit, SWAT team leader for eleven years, a detective, the department’s public information officer, training coordinator, as well as the property and evidence manager. He served as a shift commander when he was promoted to the rank of Lieutenant and served as the assistant commander of the Criminal Investigations Division. Schutte was promoted to Assistant Chief of Police in 2015. Schutte is a Certified Public Manager, a Master Peace Officer, holds a certificate of proficiency as a police instructor, and has over 3,500 hours of training. He brings a wealth of knowledge and experience to the position and is looking forward to leading the department.

City Manager Shirley Jaster said she is confident in Schutte’s ability to lead. “We are fortunate to have someone as capable as Kevin already in place in the department that can step into the Chief’s role and pick up where Chief Shiner left off,” Jaster said. “Schutte has demonstrated the ability to work with the entire department and city administration to problem solve and plan for the future. This is a unique and momentous time in our city’s history of growth and development, and this role is key to our success. I have confidence that he, with the support of his department, is up to the task.” 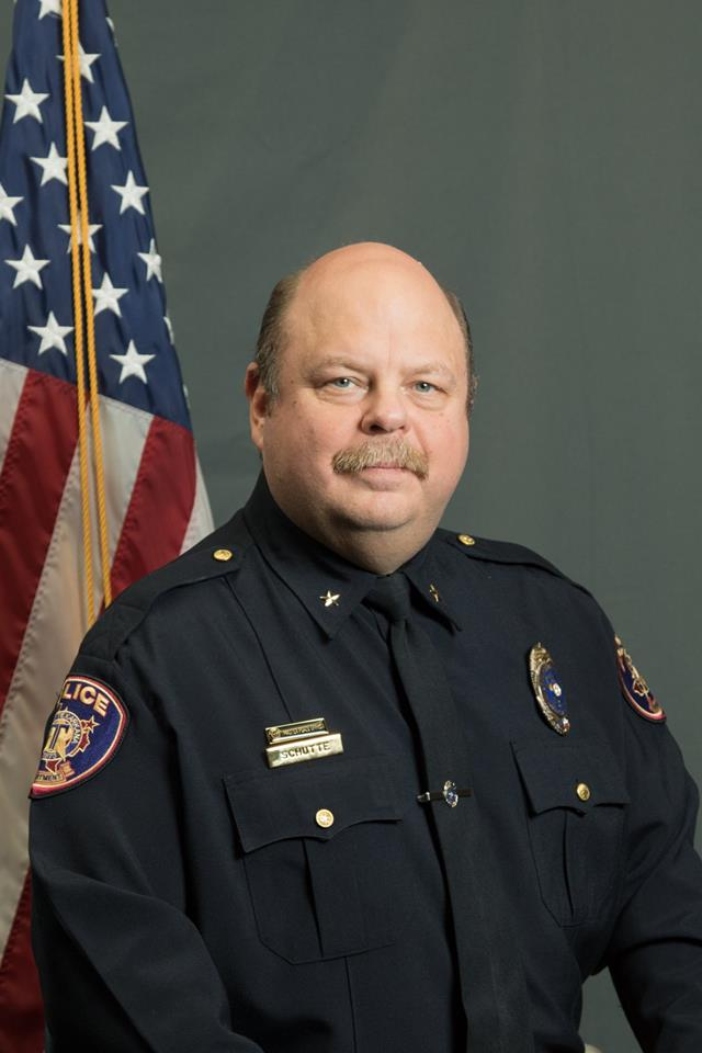 I am proud to be able to call Chief Schutte a friend. We got to know each other pretty good while I was participating in the TTPD Policing Experience. He and I were together on a tour through the jails in the Bi-State, and he told me that was how he got his start in law enforcement. He was a jailer when the Bi-State jail was brand new, and state of the art. He is a good man, and has let me promote the Christmas shows that he is so involved in at his church. He is big in the dirt track racing scene here in the Ark-La-Tex also. He is a fair, and compassionate person.  He will make an awesome Chief of Police.

I would also like to thank Chief Shiner, he has really become a part of the community. Enough so that of anywhere in the world he could retire to, he and his wife would rather be in Texarkana for their golden years than anywhere else, in only 11 years, they have decided to make our hometown their hometown. I think that really says a lot about the leadership we have in our Texarkana Texas Police Department and their devotion to our community.