The local Chuck E. Cheese’s restaurant, located in Texarkana’s Central Mall has applied for a license to sell beer & wine in their store. The move is being met with mixed feelings by the public and employees alike.

We spoke to store manager Manny Sanchez and he told us,

This is a corporate initiative for Chuck E Cheese’s stores nationwide. We didn’t know anything about it until the sign went up. We have mixed feelings about it, but there are a lot stores that already sell beer and wine.

We asked Mr. Sanchez about what his customers are saying,

We have had parents ask about beer and wine sells, saying they didn’t want to have a party for their kids if people were drinking alcohol, and other parents are excited that beer and wine would be available for the adults.

What do you think? 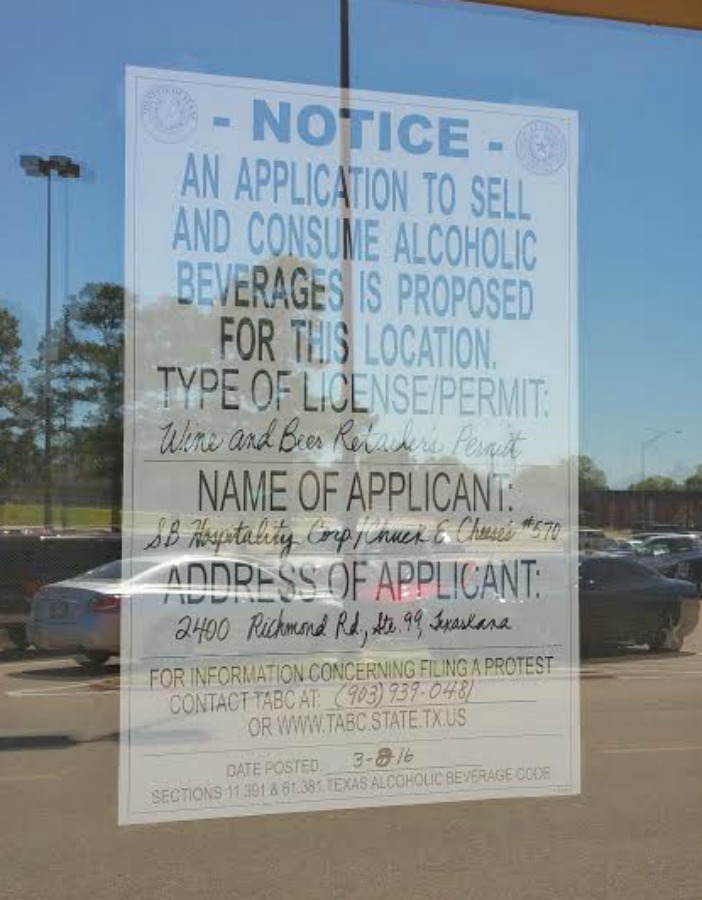 For information concerning filing a protest you can contact TABC at 903.939.0481 or visit www.tabc.state.tx.us.