A pastor with the Anchor Church in texarkana has been arrested and charged with first degree sexual assault. The alleged sexual misconduct involved a teen church member.

Dayid Farren, 41, of Texarkana Arkansas was arrested Wednesday afternoon a little after 4:00 p.m. and charged with three counts of first degree sexual assault. It is reported that the victim was around 16 or 17 years of age at the time of the sexual misconduct. The misconduct allegedly occurred at a private home and not on any church property.

Farren is being held in the Miller County Jail waiting arraignment on Thursday morning, bond should be set at that time. 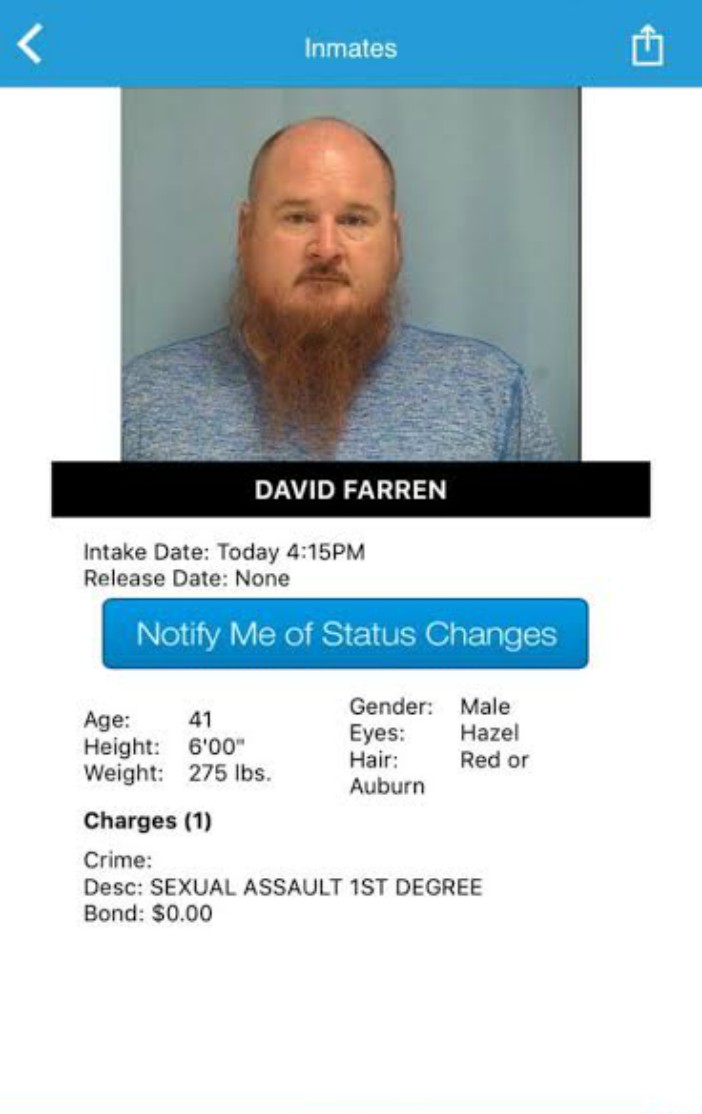