Two Texarkana Arkansas Police officers, Ricky Cockrell and Scott Megason were recognized by the United States Attorney’s Office, Western District of Arkansas for outstanding service in the line of duty to our community. 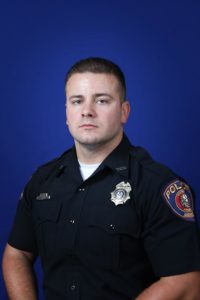 Officer Rick Cockrell was recognized for his professionalism and outstanding actions in the response and investigation of a domestic violence compliant, whereas the assailant, Bobby Joe Hampton, 29, was armed with a handgun and was physically assaulting his girlfriend as Officer Cockrell arrived on scene. As Officer Cockrell approached Hampton, the girlfriend warned Officer Cockrell that Hampton was armed with a ‘gun’. Officer Cockrell had to immediately defend himself from Hampton and grabbed Hampton’s coat where it appeared the gun was hidden. Cockrell had to physically struggle with Hampton for more than 3 minutes before a backup officer could arrive and assist in taking Hampton into custody. A firearm was located in the coat pocket of Hampton, who is a convicted felon and who has a violent criminal history. Bobby Hampton was successfully prosecuted by Assistant United States Attorney, David Harris and sentenced to Federal Prison. 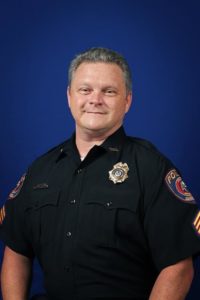 Sergeant Scott Megason was recognized for his role in the investigation of a regional drug trafficking organization that included LaQuan Haynes, Billy Florence, James Block, and LaMario Henderson. During this investigation, information was discovered that these co-conspirators were distributing large amounts of methamphetamine. Using advanced investigative skills, Det. Megason and others set up controlled purchases from co-conspirators who worked under the direction of Haynes. Haynes and the others prosecuted by Assistant United States Attorney Ben Wulff and were convicted in Federal Court of conspiring to distribute methamphetamine. The four men received a combined 39-year prison sentence.

TAPD recognizes and appreciates the outstanding efforts of these officers and would like to make the community aware of their awards.