After many years of Study, local researcher Jimmy Roberts has produced a 38-minute documentary film “Guaranteed” to Change the Public’s Perspective of the Red Planet.

Guaranteed? Yes, that is the claim of local resident, Jimmy Roberts, as he talked about the upcoming YouTube release of his documentary, “Planet Mars:  It’s Not Just a Rock.”

“I bill this as 38 minutes that will change your perspective because it will do exactly that, That is unless you are already aware of what is going on. But most people aren’t. I’ve put a lot of careful thought into how to present the very basics of the truth while answering the most common questions so that anyone can quickly grasp the notion that we are indeed being led astray.”

Mr. Roberts also insists that it’s not nearly as far-fetched as what we are too often inclined to believe,

“In the case of Mars, specifically, it’s likely not the government creating a coverup as many have systematically claimed.  And I do not consider this to be a conspiracy-theory film.  The information I present comes mostly from the mouths of people who have worked in and around the industry, and also in the form of cold, hard images released by NASA. Images most people do not even realize exist.”

“After years of study in the matter, after personally dissecting thousands of NASA images, I’ve come to the conclusion that we were meant to discover this on our own, Much of the doctoring of images from the Martian surface were left “incomplete. There are clues in the images, and I truly believe I am among the first to completely break through some of these images, at least publicly, and expose what is really going on. And I believe this was supposed to happen. It’s okay.”

“I don’t get paid for this, but It is vitally important that we become aware of Mars. People might be a bit shocked at the notion of a destroyed civilization on another planet. We’d better learn what happened to our next door neighbor, and learn fast. The time is now.” 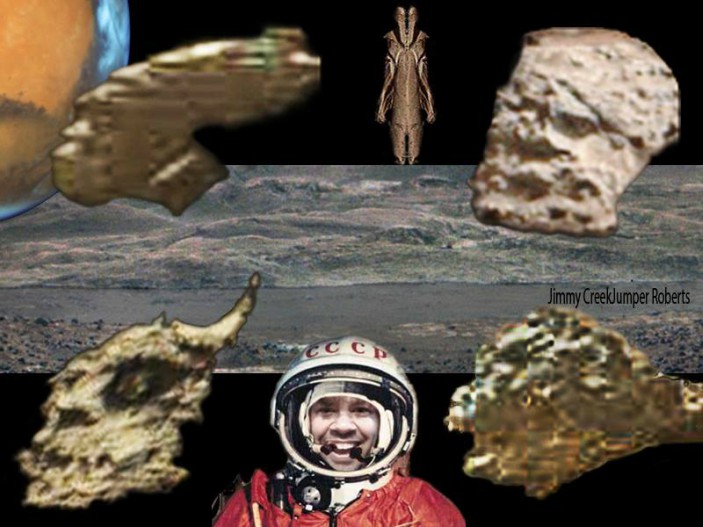