The Texarkana Texas Police Department has arrested 35-year-old Ray Charles Fisher after he attacked a Texarkana Police officer, striking him in the face and head with his fists. After the brief scuffle, he was arrested and charged with Assault on Public Servant, Assault Causing Bodily Injury, Possession of Synthetic Marijuana, and an outstanding warrant for Failure to Maintain Financial Responsibility. 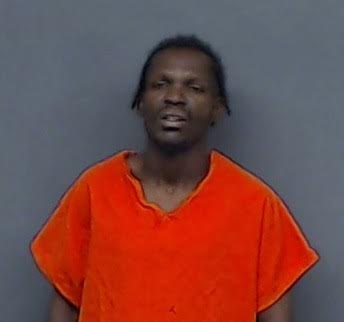 Officer Mitchell Page responded to a report of a disturbance at a business in the 1600 block of West Seventh Street at approximately 7:30 on Monday morning.  As he spoke to the victim, Fisher exited his vehicle and approached them in an aggressive manner, apparently upset that the police had been called.  Despite several warnings, Fisher continued to advance toward the victim while threatening to hit him.  As Officer Page attempted to place Fisher under arrest, Fisher resisted and struck him several times in the head and face with his fists.  After Officer Page was finally able to separate himself from Fisher’s attack, Fisher then surrendered and laid down on the ground.  He was taken into custody without further incident.

According to witnesses, Fisher had originally been inside the business and attempting to fight with an employee.  When the victim tried to intervene, Fisher started throwing punches at him – hitting him at least one time and knocking his glasses from his face.  Fisher then exited the store and demanded the victim meet him outside.  The victim refused and called police instead.

Both Officer Page and the victim suffered minor injuries that did not require medical treatment.

Fisher was charged with Assault on Public Servant ($100,000 bond), Assault Causing Bodily Injury ($10,000), Possession of Synthetic Marijuana ($566), and an outstanding warrant for Failure to Maintain Financial Responsibility ($296).  He is currently being held in the Bi-State Jail.