The Miller County Sheriff’s Office reports that Amanda Simmons, 41, of Miller County has been arrested and charged with Aggravated Assault, a Class D Felony and Terroristic Act, a Class A
Felony. She will appear before a judge on Tuesday, July 6.

On Sunday, July 4, 2021, at approximately 11:12pm, Miller County Deputies were
dispatched to a residence in the 5900 block of Miller County 17 regarding shots fired.
Reports indicated that the suspect, identified as Amanda Simmons, W/F 41 of Miller
County, left the scene driving a four-door sedan. As Deputies were responding to the scene
of the shooting, other personnel were responding to the area of the suspect’s residence.
Personnel conducted a traffic stop on the vehicle Simmons was driving, near the
intersection of Edgewood Drive and U.S. Hwy. 71 and placed her into custody. A loaded
SKS rifle was seized by Arkansas State Police and Miller County Deputies at a separate
location at the same time.
The residence where the shooting occurred was hosting a July 4 th event, and
approximately 20 persons were at the residence, including adults and children. Reports
indicated that Simmons fired 6-8 rounds from the rifle toward an occupied camper which
was parked at the residence, with at least one round striking the camper. No injuries were
reported at the scene, and the motive appears to be related to ongoing domestic issues. The
Miller County Criminal Investigation Division responded, conducted interviews, and
processed the scene.
Amanda Simmons was transported to the Miller County Detention Center where she was
booked on charges of Aggravated Assault Class D Felony and Terroristic Act, a Class A
Felony. Ms. Simmons remains in custody pending her First Judicial Appearance on
Tuesday, July 6. 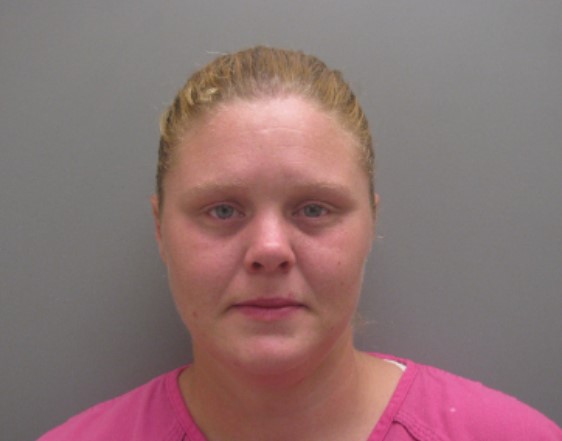