Recently a photo was posted in the Facebook group “Texarkana Cheers & Jeers” of a school lunch that was served at a Texarkana middle school. We have spoken with school administrators and want to share some information.

The piece of chicken in the pic looks disgusting and there is no way around that. School officials in the Liberty Eylau School District are shocked that it was ever served to a student in the first place, but it has happened at all schools at one point or another and it would help for you to have a little background on how. 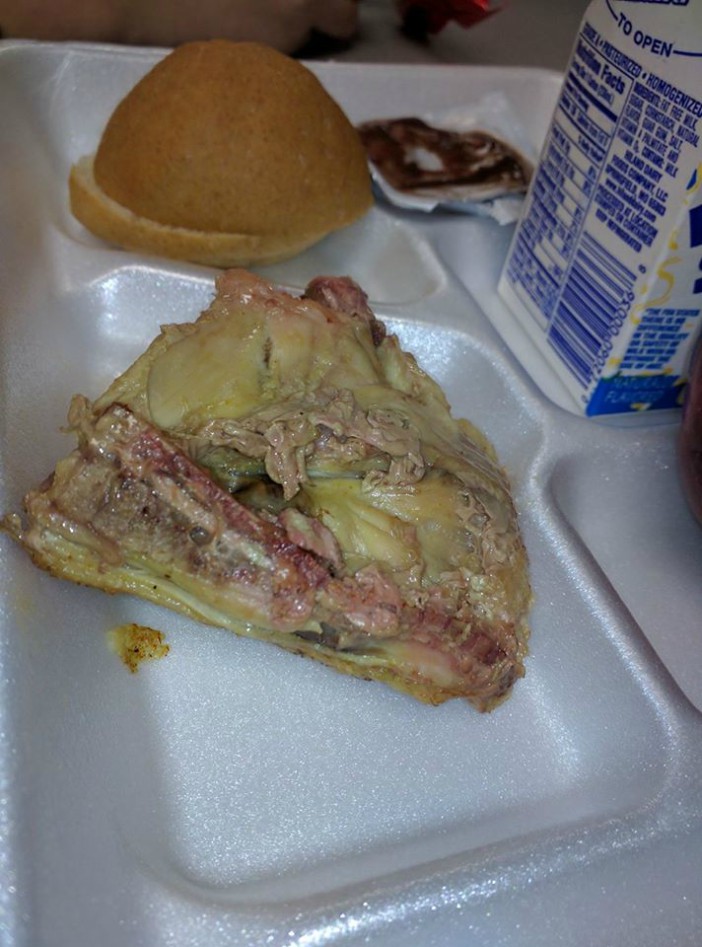 That is a piece of what is referred to as “Commodity Chicken” and is provided to public schools through the United States Department of Agriculture for the National School Lunch Program. The “chicken” used in the NSLP are processed in bulk, flash frozen in bulk, prepared in bulk and served in bulk. This piece of chicken in this pic has a split backbone in it, and if you have ever cooked chicken and split a bone, no matter how well cooked the meat, the marrow will leave a red hue on the bone. As nasty as this may look to many, that piece of chicken was actually safe to eat. But really, who would want to?  The Administrators of LEISD are fully aware of this and have already taken steps with the district’s food service coordinator this evening. A plan of action gets underway first thing in the morning to address this issue with food service staff on all campuses to make sure it does not happen again.

We spoke to school  LE Media coordinator Matt Fry who told us,

I saw the pic and thought “gross”. We were making everybody in food services aware and planning a course of action before it was posted. LEISD uses the NSLP Commodity Chicken provided to local school districts by the USDA and sometimes it is not a great cut of chicken but that piece should never have been served.  A plan of action gets underway first thing in the morning to address this issue with food service staff on all campuses to make sure something like this does not happen again. We are terribly sorry that this was ever served to one of our students and all involved are committed to preventing such a thing ever again.

Here is a photo of a lunch served at Texas High in the past, provided to the school district thru the National School Lunch Program that the poster, lovingly we are sure, called a Cow Pie Platter… 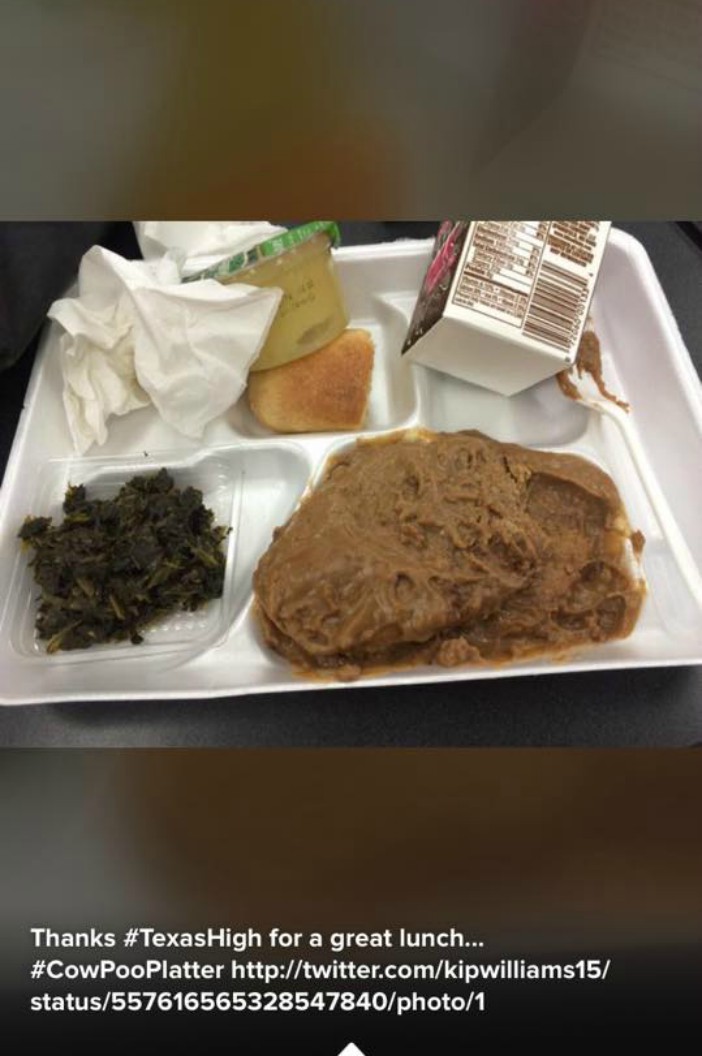 Social Media is a great way to stay in touch, get information, order stuff without dealing with crowds at the mall, and more. However, Social Media is not the right way to remedy a topic as serious as what our schools are feeding our children.

The person that took the pic while having lunch with her child at LEMS had contacted the parent of the child that received this piece of chicken and that parent contacted the school and had a remedy on track before her friend ever posted the thing on Facebook. We love seeing the information, but never think that posting to a facebook page is a “the way” to fix your problems, you will still need to put in the work through proper channels if you have any intentions of ever making anything better.