The Texarkana Texas Police Department arrested Bennie Jo Horsley, 73, of Texarkana Texas for Driving While Intoxicated after she drove her vehicle more than a quarter mile on railroad tracks.

The Texarkana Texas Police Department arrested Bennie Joe Horsley, 73, of Texarkana, Texas, overnight for Driving While Intoxicated after she drove her van on railroad tracks for approximately a quarter of a mile. 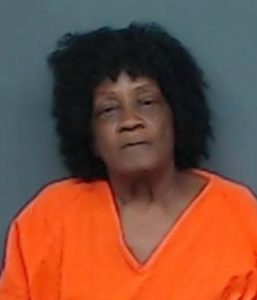 Officers responded to a report of gun shots in the area west of the Bowie County Jail Annex located on Front Street at 11:37 on Wednesday night.  Officers who were already in the area reported hearing loud noises that sounded like a vehicle running over something, rather than gun shots.  Officers then located a 2007 Kia minivan sitting beside the Kansas City Southern railroad tracks in a wooded area near Miller-Bowie Supply.  Horsley was standing outside the van, which was fully engulfed in flames at that point.  The Texarkana Texas Fire Department responded and extinguished the fire.  The vehicle was a total loss.

Horsley told officers that she had been attempting to get to her home.  As the officers spoke to Horsley, they began to suspect that she was intoxicated.  After she failed to successfully complete a series of standardized field sobriety tests, she was arrested and transported to the Bi-State Jail.  She remains in jail with a charge of DWI – 1st offense.  Her bond was set at $5,000.

It is believed that Horsley initially got on the railroad tracks where they cross Front Street and traveled approximately a quarter of a mile before her vehicle became disabled.  In the course of driving over a bridge and through two track switches, she appears to have jumped back and forth over the rails several times.  Sparks created as she repeated struck the rails likely ignited oil leaking from the vehicle and resulted in the fire.

Train traffic to that section of railroad was suspended until the vehicle could be removed, which could not be accomplished until morning due to the condition and isolated location of the vehicle. 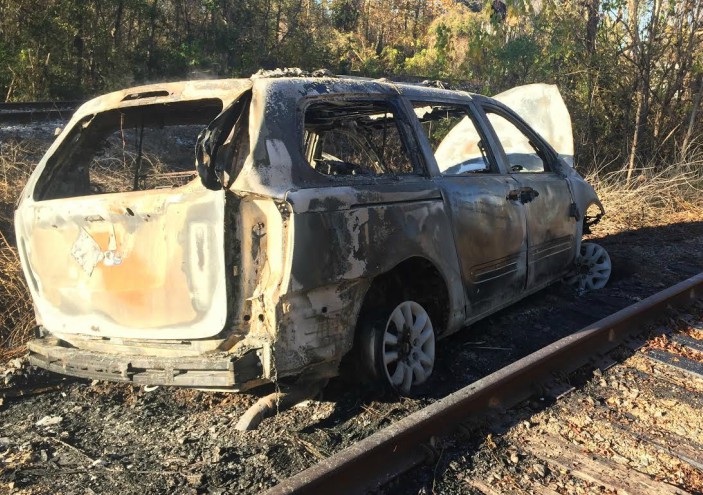