The Texarkana Arkansas Police Department are searching for Benjamin Harrison in connection with a shooting that occurred Saturday night at the Stop n Shop store located at 1804 E. 9th Street.

We requested information from the Texarkana Arkansas Police Public Information Officer Saturday evening but received no response. However, we pulled this report online today. 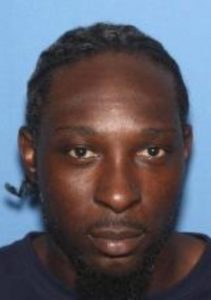 TAPD is currently investigating a shooting that occurred last night in the parking lot of 1804 East 9th Street, the Stop and Shop convenience store. At approximately 10:30 pm on Saturday, February 11th, TAPD responded to a 911 call of a shooting. The investigation revealed that verbal altercation occurred between Benjamin Henderson, 36 yoa B/M, and La Quient Hayes, 28 yoa B/M, In the parking lot of the business. During the incident, Henderson shot Hayes with a gun. Hayes was transported by LifeNet to Wadley Hospital for medical attention and was listed in critical condition early this morning.

At this time TAPD is searching for Henderson, who is wanted for 1st degree Battery. Anyone with information leading to his arrest can earn a reward of up to $1000 by contacting CRIMESTOPPERS at 903-793-STOP!