This Saturday, February 25 at the Four States Fairgrounds it is Professional Bullriding at it’s very best, when Choctaw Casino presents Classic RAM’s 4-States PBR Shoot Out! Some of the world’s toughest cowboys will try to ride some of the world’s most orneriest bulls. Tickets are on sale now. Doors open at 6:00 p.m. and the battles begin at 7:00 p.m.

P.B.R. is considered by many as the premier bull riding organization in the world,

The Professional Bull Riders, began as a dream of 20 bull riders 23 years ago and is now a global sports phenomenon. PBR broadcasts reach more than half a billion households in 50 nations and territories around the world, and more than 2.5 million fans attend live events each year. The PBR

features the best bull riders in the world and the top bulls in the business. Three circuits, the televised Built Ford Tough Series, the BlueDEF Velocity Tour and the Touring Pro Division, have paid more than $140 million in earnings to its athletes. Twenty-seven men have earned more than $1 million, including three-time World Champion Silvano Alves who, in just 54 months, won more than $5.2 million to become the richest bull rider in history. 2013 World Champion J.B. Mauney and two-time World Champion Justin McBride have also surpassed $5.1 million in earnings. 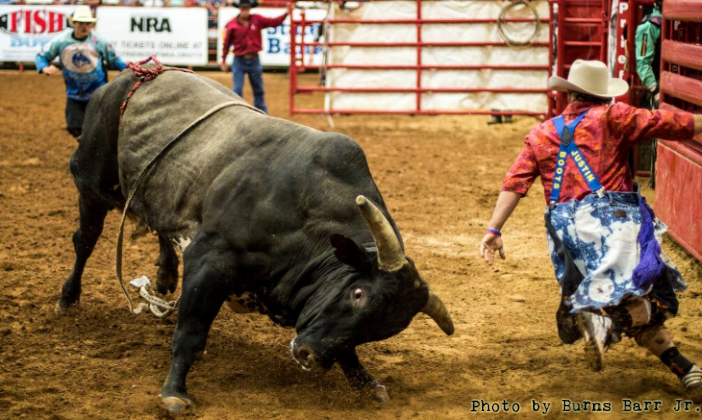