Thousands of people in Texarkana and surrounding areas remember their first introduction to magic through a local legend, Bobo the Magician. I remember seeing Bobo perform at my school and was once chosen to assist him with a trick on stage. Bobo passed away in 1996, but his works are still very influential in the world of magic today. 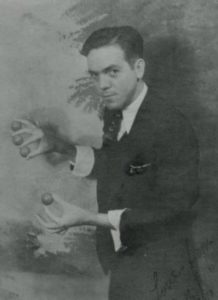 When I was a student at Highland Park Elementary School Bobo the Magician was performing and he called my name to come up on the stage and assist him with a trick. I will never forget it! Bobo did a trick with me and I just remember laughing and somehow thinking that when I left the stage that maybe I was sort of magic like Bobo said. Truth was that my mother had done an EKG on Bobo the week before, and she had given him my name in conversation. For most people that went to school almost anywhere in the Ark-La-Tex at almost anytime between the 1950’s and 1980’s more than likely had at least one opportunity to enjoy Bobo’s showmanship.

Bobo was born in Texarkana in February of 1910 and christened with those initials only. His French immigrant great-grandfather, Jean Beaubeaux, had anglicized the family name. 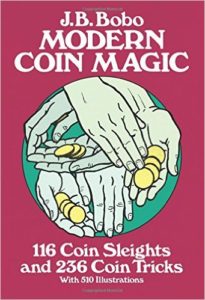 His family moved to Canada when he was twelve about the time he got interested in magic. Bobo later returned to Texarkana at age nineteen, where he started to perform locally. He met and married Lillian Carlow, who became part of his act. The Bobos traveled around giving school shows. At their peak, they performed 400 to 450 shows a year. It has been estimated that they gave more than 14,000 school shows over his fifty-year career.

In 1947, Bobo started to put many of his magic ideas into books that earned him a worldwide reputation. Noted as one of the most influential magic instructional books of all time, Texarkana’s J.B. Bobo wrote the book “Modern Coin Magic” in 1952 and it is still considered a core reference for magicians today. Bobo wrote other books, including “The Bobo Magic Show” in 1984 that is still considered the rule book for having a successful career doing school magic shows.

Not only was he considered a master magician, but he was a very funny comedian. He also excelled as an artist, a cartoonist, a photographer, a cinematographer, and craftsman. He designed his own flyers and posters, and he made many of his own trick apparatus.

Ms. Lillian passed away in 1989, and Bobo passed at the age of 86 in September of 1996. They are both buried in Texarkana Arkansas at East Memorial Gardens. 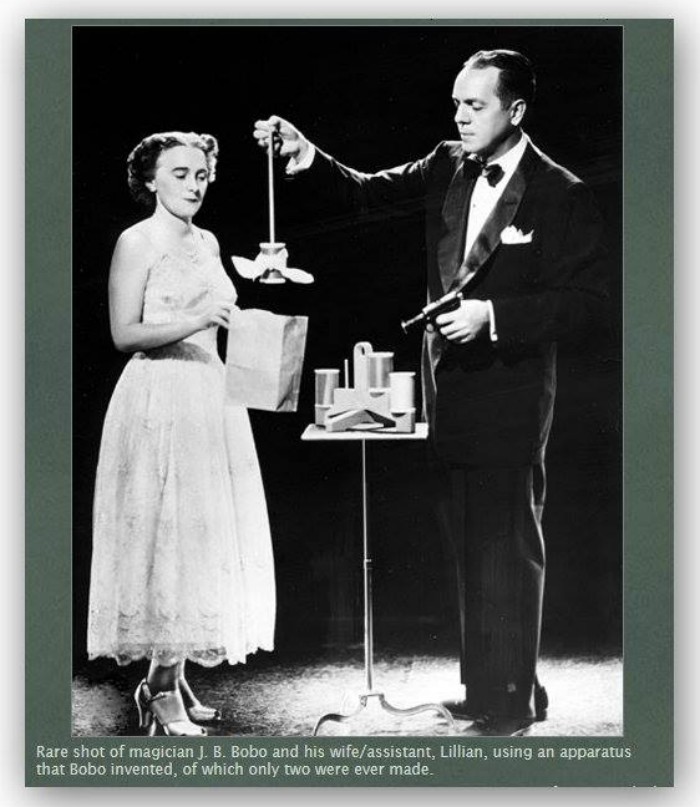 Today, Bobo’s protege Darryl Miller carries on the tradition of Bobo’s magic shows in schools. Darryl was an understudy of Bobo for seven years, until the time of Bobo’s death. Under his tutelage, Darryl has become one of the finest entertainers of children of all ages. When I asked about his memories of Bobo he told me,

I studied with him for almost 7 years. He Was The Best kids magician that ever lived. I do one routine of his using his props in every show that I do in memory of him. I was honored to be asked to perform the broken wand ceremony at his funeral. A ceremony where even family were not present, only magicians. He will always be the best.

As a gifted speaker and talented communicator, Darryl carries on the memory of Bobo as he delivers positive, entertaining, and educational messages to thousands of children on a weekly basis, performing some two hundred shows a year throughout eleven states. Darryl’s anti-drug educational shows are one of the most in-demand programs offered, sometimes booked three years in advance. He still performs Bobo’s tricks, and I have to admit this as a friend… Darryl even still uses some of Bobo’s jokes.

From The Encyclopedia of Arkansas:

With such a colorful name, it is small wonder that magician J. B. Bobo is known throughout the world. Adults across Arkansas and the country remember him for taking his magic shows to their schools when they were children. Magicians around the world own copies of his books on coin magic, which are universally agreed to be the best ever written.

J. B. Bobo was born on February 11, 1910, in Texarkana (Miller County), where his family owned Bobo Grocery Store. He was christened with initials only, and he patiently explained this when anyone asked what they stood for. His French immigrant great-grandfather, Jean Beaubeaux, had anglicized the family name from the original spelling.

Bobo never really knew his father, Horace H. Bobo, who died when Bobo was young, but he learned later that his father knew several magic tricks. Bobo’s mother remarried, and she, J. B., and his sister moved to Chesley in Ontario, Canada, when he was twelve. In each of the four Canadian cities where Bobo lived (Chesley, Hanover, Hamilton, and Windsor), the family owned restaurants. Traveling salesmen frequently stopped at the restaurants, and Bobo met them and learned magic tricks and tips.

His interest in magic grew with each trick he learned and each magic show he saw. A family friend was an amateur magician who performed between movies at a local theater. Bobo went back, over and over, more to watch and study the magician than to see the movies. He went to see traveling medicine shows on their crude outdoor stages, which usually had a magician in their midst. Frequent traveling tent shows—Chautauquas—also had magicians. He went to every one he could. When the family lived in Windsor—across the Detroit River from Detroit, Michigan—Bobo and his sister often took a ferry to Detroit to attend Sunday vaudeville performances. There, he saw many famous magicians who became inspirations for him to develop his own act and style. But he missed a live performance of Harry Houdini, which he later wrote was one of his biggest regrets in magic.

At age thirteen, Bobo discovered the famous Johnson-Smith Novelty Catalog, which featured many magic tricks. He ordered as many tricks as he could, but he could not afford many. He taught himself sleight-of-hand tricks—with cards, balls, thimbles, and coins—because they were free. These were mainstays of his act for the rest of his career. He also completed the famous Tarbell Course, a hardback series of instruction books on magic. He slowly honed his magic skills, many self-taught. His first public appearance was a contest for amateurs at the Windsor Theater.

When Bobo returned to Texarkana at age nineteen, he joined a troupe of “stage-struck friends,” as he called them, which performed locally and in nearby cities. These engagements helped him develop his craft and performing skills. While he worked as a show card writer and decorator for several retailers in Texarkana, he met Lillian Carlow. They were soon married, and she became part of his act.

Bobo was asked by a producer for the Graham Music and Lyceum Bureau whether he and his wife could fill a contract for a magician on a western circuit. He agreed, and it was the beginning of their traveling magic show career. The Bobos traveled throughout the western states, giving school shows.

After several years working for different entertainment bureaus—and learning the ins and outs of the school show business—the Bobos tired of traveling and quit to start working for themselves out of their Texarkana home. Building a schedule in public schools was difficult in the early years, but their reputation grew, and they signed repeat bookings in schools in Arkansas and surrounding states. They earned return visits because they changed everything about their show from year to year, from new tricks and apparatus to new jokes and colors of silks.

At the peak of their school show career, they performed 400 to 450 shows a year; this decreased to 300 a year in later years. It is estimated that they gave more than 14,000 school shows in more than fifty years.

In 1947, Bobo put many of his magic ideas in a book, Watch This One! But it was his classic book, Modern Coin Magic (1952), that earned him a worldwide reputation. The book has been reprinted several times and is still available. It was expanded by over 150 pages in 1966 into the New Modern Coin Magic. His success in school magic prompted him to write a third book in 1984, The Bobo Magic Show.

Bobo was well known as an accomplished magician and comedian, but he also excelled as an artist, cartoonist, photographer, cinematographer, and craftsman. He designed his own flyers and posters, and he made many of his own trick apparatus.

Bobo endeared himself to magicians throughout the country not only from his writings but also by presenting lectures to magic clubs and conventions. His last book was virtually a manual on how to make a living as a school magic performer. In 2006, a DVD tribute to him was issued as part of a new series, The Greater Magic Video Library. Volume 23, named simply Bobo, features an interview with him, a complete children’s’ performance by him and his wife, and demonstrations and explanations of a half-dozen of his favorite tricks.