With the recent complaints of the Texarkana area drinking water smell, taste and appearance, a local resident sent a sample for an independent analysis. Even though some contaminants do test high on the national standards scale, the drinking water is considered safe for consumption. Take a look at the results for yourself! 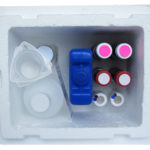 It will do you some good to take a look at the results of this study as we are just bloggers passing along the information, but from what we can tell from the results, it looks like there are some organic and inorganic contaminants that were found present in the tested sample. Some contaminants tested above national standard detection levels but not actionable levels.

The study was done by National Testing Laboratories in Cleveland Ohio at a total cost of $357 with shipping. The sample was taken from a home in the Sugarhill Road area that was constructed in the year 2000. The issues at this particular residence ran the gamut of all of the recent complaints. The water smelled bad, tasted dirty, and was badly discolored. Daphne Cox purchased the City Water Deluxe Test Kit and sent the sample to be analyzed just for that extra peace of mind, after assurances to the public by officials that the water was safe for human consumption.

The City-Check Deluxe testing package is for customers on municipal water supplies who are concerned about pesticides and herbicides. This package includes everything in the Basic and Standard City-Check testing packages, and adds on a list of 20 pesticides, herbicides and PCBs that are tested. Pesticides and herbicides are more likely to be found in water supplies that utilize surface water as a source rather than groundwater, due to run-off from agricultural areas.

The study shows that to National Standards there are 23 listed contaminants that are detected, but only one above the detection level, but not EPA set standards. Aluminum was found at 5 times the set detection standard and copper tested at what National Testing Laboratories classifies as an “EPA Action level”. Most detected contaminants were are in the “secondary standards” category, which are non-enforceable guidelines regulating contaminants that may cause cosmetic effects such as skin or tooth colorization or aesthetic effects like the taste, odor, or color in drinking water. 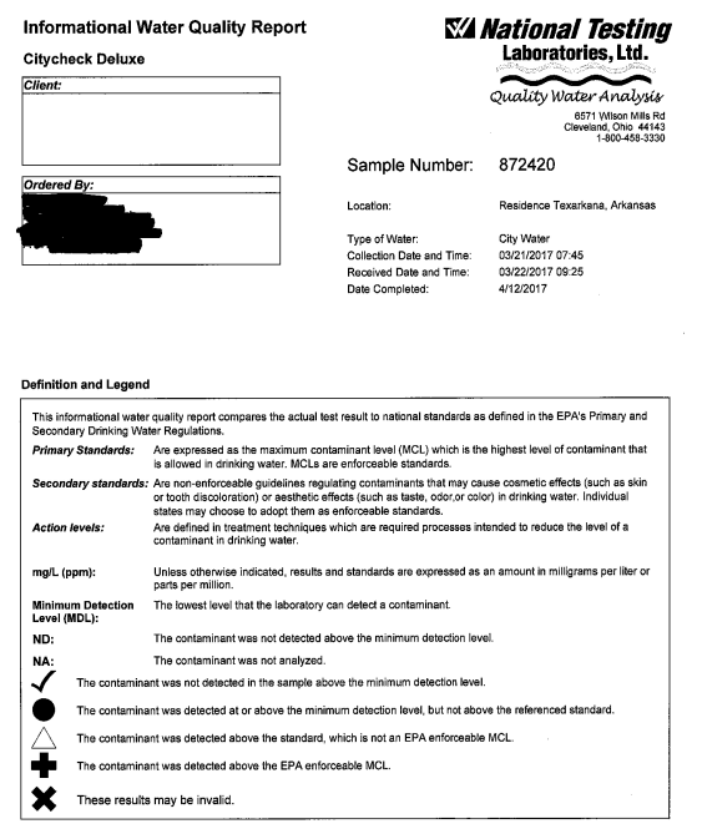 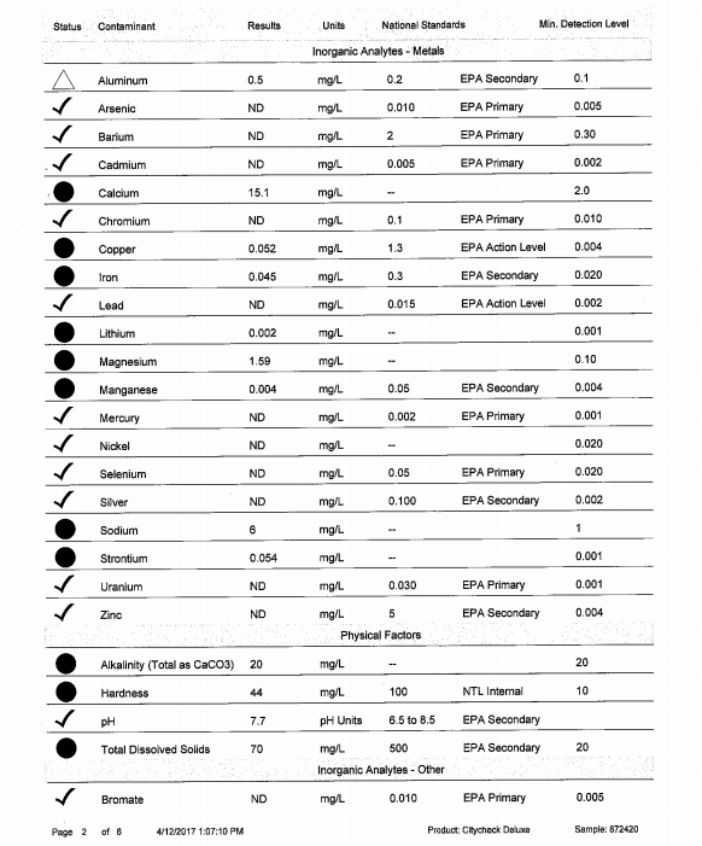 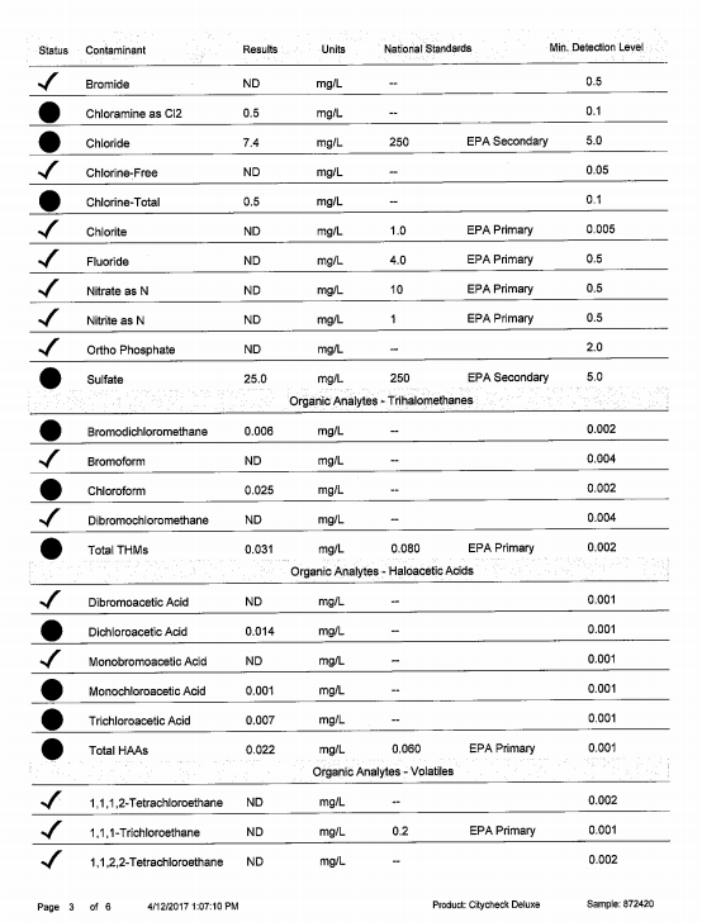 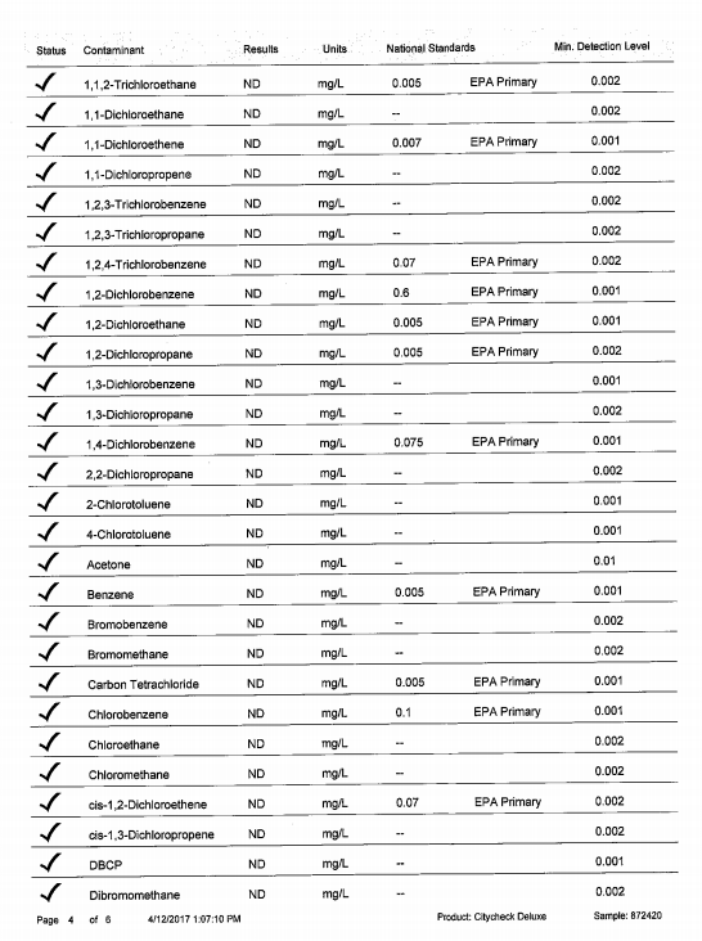 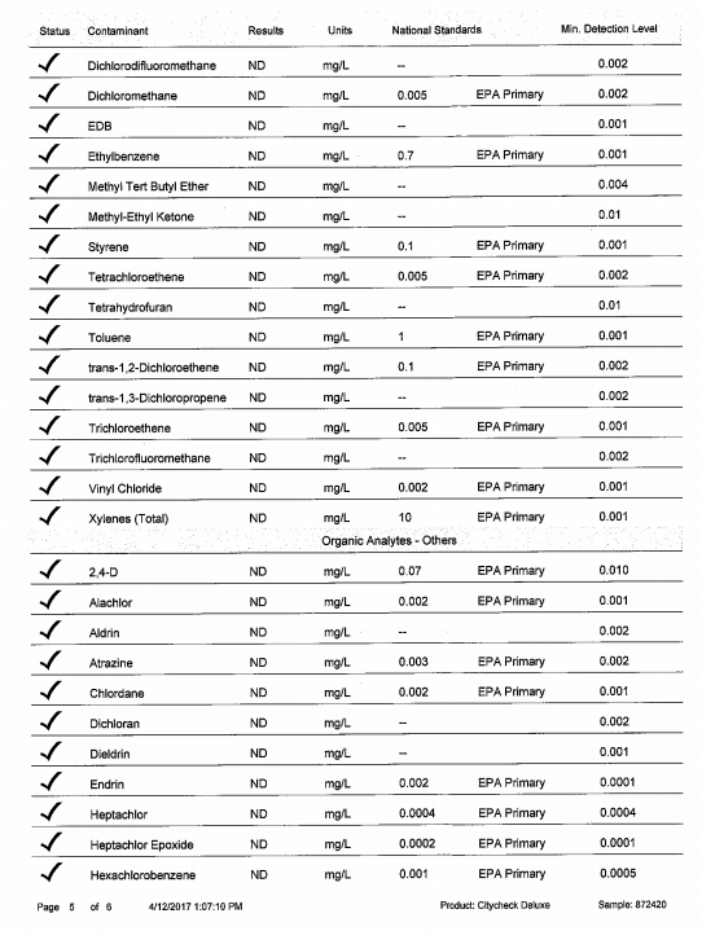 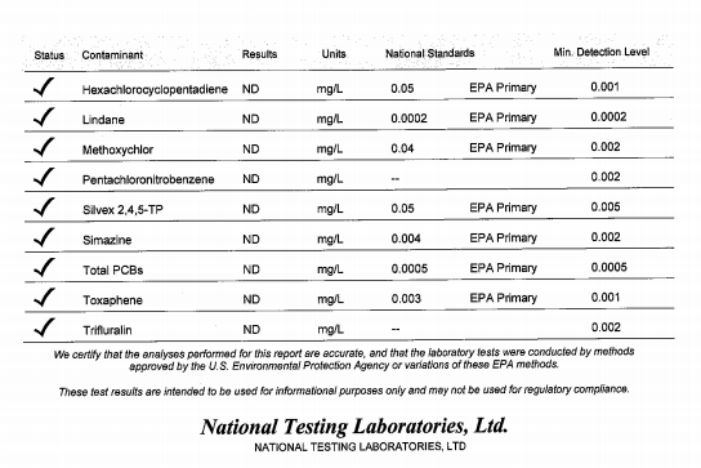