Even with crazy weather lately, these kids had a blast with folks from Red River Army Depot.

An excited group of 44 children from Watersprings Ranch
and the Texarkana Baptist Children’s home recently participated in the Youth Outdoor Triathlon
at Red River Army Depot’s Elliott Lake. Sponsored by the Rod and Gun Club, the event
consisted of fishing, archery and shooting events.
“We are always overjoyed to put this event together and give the kids something new to do,”
said Scott Van Zile, president of the Rod and Gun Club. “We could not make this happen
without all the support from our volunteers so I would like to give a big heartfelt thank you to
everyone who helped make the event a success.”
Several organizations and local businesses supported the all-day event through volunteering or
provided needed equipment, materials, and equipment. Support was received from the Texas
Parks and Wildlife Game wardens, RRAD employees, RRAD Rod & Gun Club members,
several family members from all the above organizations, Bowie County 4-H, Bill’s Trophy and
Signs and the RRAD Morale Welfare and Recreation. Also providing support of the events were
the RRAD Directorate of Maintenance and Logistics, RRAD Transportation Division who set up
a military tactical vehicle display at Elliott Lake, Directorate for Emergency Services Law
Enforcement Division and the Fire Department Emergency Services provided support through
random and increased patrols, access control support, and an ambulatory stand-by throughout
the day at the lake.
The day began at 7:00 am with a safety briefing and followed by each child being paired with a
volunteer for the fishing tournament. There were catches from under 1lbs to over 16 lbs. All
children, boats and volunteers converged to the community building for a pulled BBQ sandwich,
chips, cookie and drink. The day continued with the children, volunteers and chaperones
participating in the archery and shooting events.
Upon completion of the last two events, the tournament recognition event began recognizing
first, second and third place for each event and three age categories with an overall trophy for
each age category 8-10, 11-13, 14+.
“We are planning to make this event larger each year and have already began planning for next
year,” Van Zile said. “We want to get as many people and organizations involved as possibly to

support these two amazing organizations, so help get the word out and sign up to bring a boat
or simply volunteer. The kids absolutely enjoyed it so we are looking forward to seeing them
again. 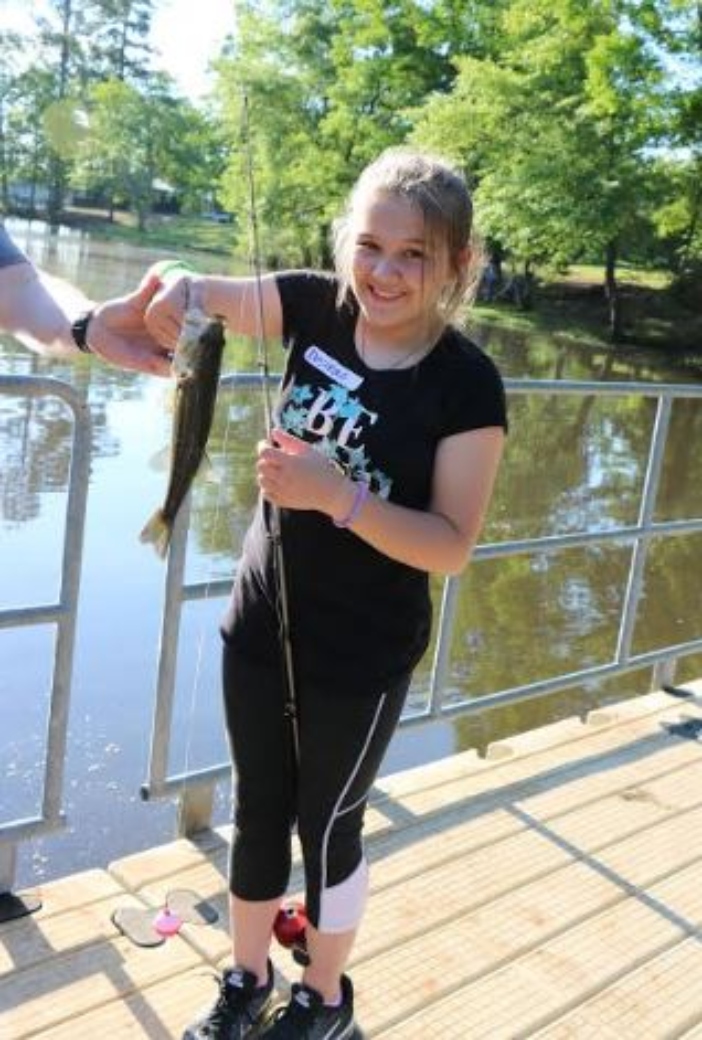