This is an odd and sad story about Texarkana’s only Skating Rink, Skate America. After moving to a new location just over 12 weeks ago, the business has reportedly closed the doors for good.

I was contacted on Friday August 12 about promoting a GoFundMe account that had been set up to “Save Skate America” on our social networks. We did not do a blog post but did allow the post to publish to some of our local Facebook Groups.

Then this morning, (Monday August 15), I saw where the family had decided to shut down the business. I went over to the Skating Rink to get more information and was shocked by what I found. 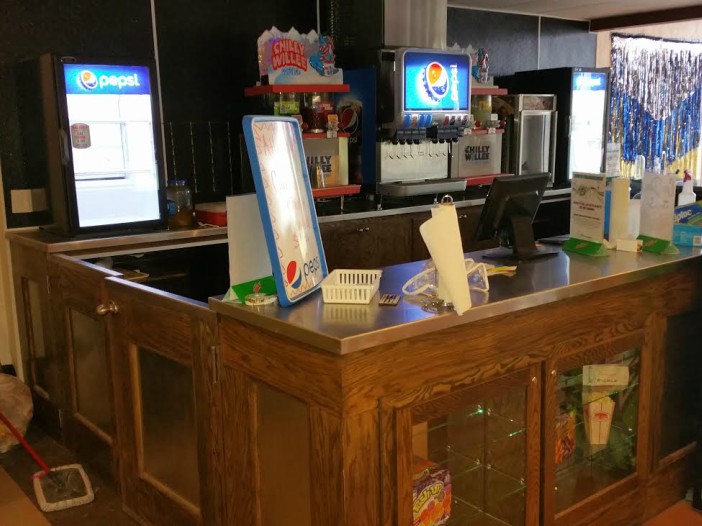 The skating rink had been stripped. Concession stand empty except for the P.O.S. computer on the counter that showed that the concession stand at the rink had generated over $25K between July 1 and August 14. Managing Partner Pam Adams has no idea where that money went. She and the owner of the building Don Babin had no prior warning that Skate America would be closing or that equipment would be removed in the night time hours of Sunday August 14. Lights had been removed from the building, Speakers and flat screen T.V.’s pulled from walls leaving wires hanging and holes in sheetrock, all of the audio equipment from the DJ booth removed, and even more than that all of the new skates that were just purchased a few months ago were also removed and all under the cover of darkness. 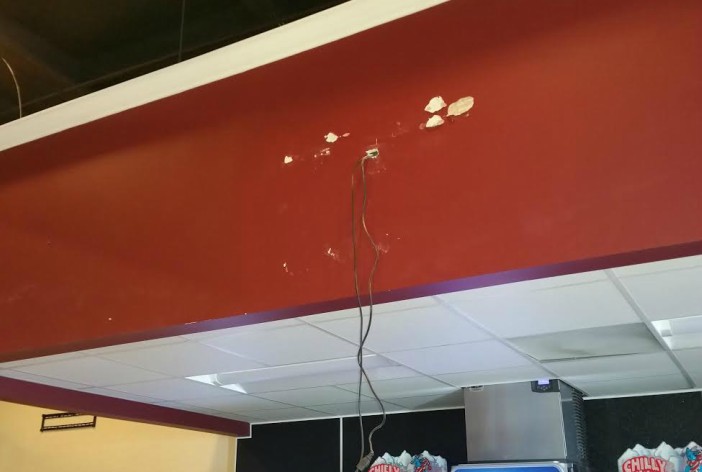 Managing Partner Pam Adams states that she had been in Houston all weekend visiting her son that was injured in a car wreck. When she returned to Texarkana this morning she received a text from on of Bill Webb’s children,

Yesterday afternoon after Dad was informed of the gross sales from the weekend, which did not generate enough revenue for the rent & other past due bills for the week, and his going to the rink this weekend and seeing all of the water damage issues from the the A/C units and seeing the building cannot be cooled sufficiently without the AC functioning properly, he made the decision to close the business. A couple of potential buyers/partners have come forward over the weekend apparently & he will be checking in to those options but for now the rink is closed. As more information comes to light I will pass it along, Dad gave all he had to give to this business but it was not sustainable under the circumstances.

There were other people at the rink when I visited, one man insisting that this was the biggest weekend the rink had experienced since the move to the Nash exit location. Noting that planned parties were notified that they would have to move up the dates. One private party set for the 19th was moved to Friday the 12th, which according to those present sure seemed suspect. Ms. Adam’s was in tears not knowing what she will be able to do for the people that put up deposits for parties, or the people that had paid to advertise on the rink’s big screen. 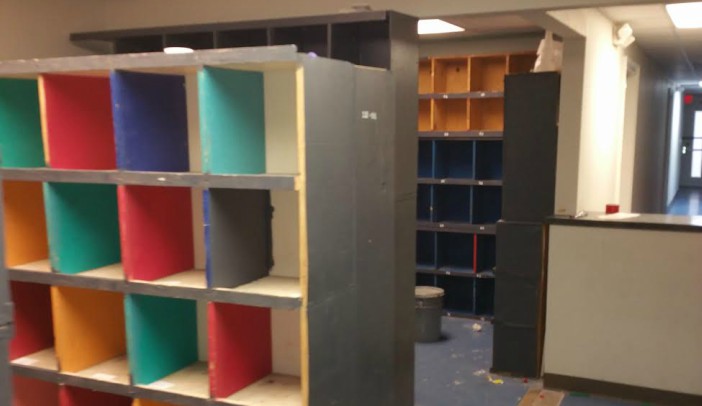 There will be lawsuits, for sure, so we will pay close attention to the story and share what we can. 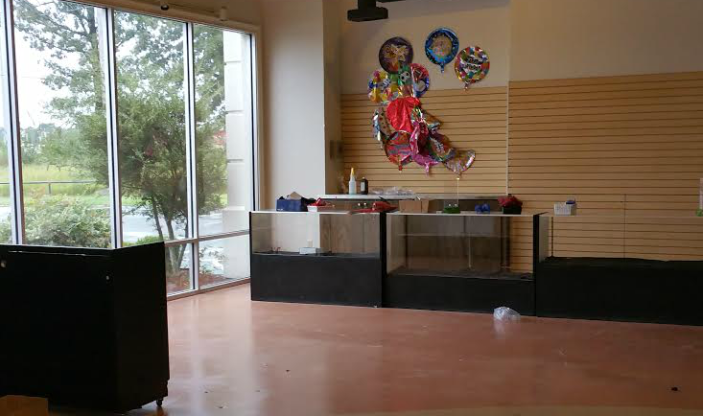 In the meantime, Mr. Webb is a great man, and has been a positive influence of so many youngsters in Texarkana. His legacy and love of our local youth will never be forgotten of tarnished. His grandaughter took to Texarkana Cheers & Jeers to tell her story of her grandfather… 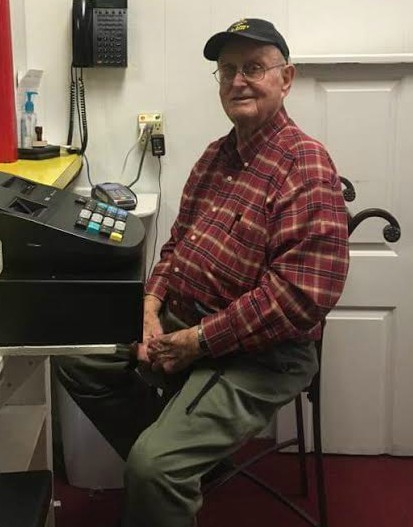 This is neither a cheer or a jeer, but more of a public service announcement. Texarkana is about to lose a locally owned, family-owned, family-friendly venue. As a mother of two and a lifelong Texarkana resident, I have seen this happen many times, and I have wished someone had told me so I could support the failing business and perhaps have helped retain it. So here is your warning Texarkana- we are about to lose Skate America. Now I know there have been many different opinions about both the old location and the new location- the old one was old and dirty, the new one is too small and too expensive. Everyone is entitled to their opinion, and some of those things are true. However, one thing I think we can all agree on is that Texarkana does not have a lot of businesses/ activities for families to enjoy. I felt that before we lose this one, Texarkana residents should be given the opportunity to support it and possibly save it. I also know that in a small town like Texarkana, people enjoy knowing the true, personal story behind things, so I’m going to take a minute to share the story of Skate America. It is actually a very long story, and there is no room for all of the details, so I’m going to do my best to keep it short. Full disclosure- I am the oldest grand-child of Bob and Virginia Webb, the couple who built and ran Skate America for over 30 years.
My grandfather built Skate America at a time in his life when he was fairly wealthy. He had built and ran several different businesses and built the skating rink because he felt that Texarkana needed a safe, fun family activity. He actually never planned to run it himself. However, many things changed in the world, he lost his other sources of income, and he and my grandmother ended up having to run the rink. It was then that he found his true passion. He and my grandmother had always helped take care of others- from taking in family members in need to feeding the sick and lonely in the community. But the rink gave them a new way to serve- they loved the families that came to skate and became like family to many. My grandfather reveled in teaching his young employees about life, integrity, and working hard. Skate America became his life and he sunk everything he had into it. Unfortunately, skating rinks don’t make the money that one would think from seeing a packed house on Friday night. He eventually had to sell the skating rink building and property in order to save the business. He sold it to a wealthy friend who agreed on a gentleman’s handshake to allow him to rent the building and run the rink as long as he wished.
Papa continued to run the rink proudly, despite changing times, losing money, and even after suffering a brain injury from being physically attacked by a teenager trying to cause trouble. There seemed to be this misconception that he didn’t fix the dirty carpet or replace the old skates because he was some greedy old man just pocketing the money. The truth is it didn’t make the money to fix those things. We even approached him a few times about throwing in the towel, but he would say “Where would the kids go?” So he and my grandmother lived in the same old house in need of repairs, and he drove the same truck he had driven forever and he continued pursuing his passion.
Then the man who owned the building died. The agreement made many years before was not honored, and the skating rink building and property was sold with very little notice. My grandfather then had a choice- throw in the towel or sink every last penny he had into a new rink to carry on his passion. In his late 80’s, he decided that it was worth it to try to leave this legacy for Texarkana, so on he pushed to open a new rink. It would have to be smaller, but it would be newer, cleaner, and safer.
Unfortunately, the building of the new rink was fraught with many problems and it cost much more to open it than ever expected. Honestly, along the way there have been other issues with the running of the rink we wish we could’ve addressed as a family. People have asked me why the family hasn’t been there more, stepped in more to run it. Again- here’s the hard truth- we all have families to support and so we all must have full time jobs other places. The sad reality is that the rink hasn’t supported itself and has barely supported my grandfather. Although it is still my grandfather’s passion, there’s no more money to put into it. It is now in danger of closing.
This sounds like a sob story- out for sympathy. But please know that’s not what it is. I have 2 goals here: 1) To trust the people of Texarkana with the true, personal story of a great man and a long-standing Texarkana business and 2) To give Texarkana the chance to support this business if you see fit. So I invite you this week end- if you’ve not visited the new Skate America yet, consider coming by. Even if you’re just curious- just come take a look at the amazing place my grandfather built. It is the newer, cleaner, safer place many people had hoped for. Maybe the time of Skate America has really passed, and that’s okay. But if that’s not what Texarkana wants- lets show that by supporting it.
Skate America is located at 6241 St. Michael Dr. They will be open all day Saturday and Sunday.
Thanks for letting me tell this story.

We would like to take this time to thank Mr. Bob Webb for all of his sacrifices of time, money and love for our community and we believe Texarkana is a better place because of his efforts for the youth of our hometown. We think it is a shame that some things seem so weird in the end here to draw this attention the way it has. However, it is no reflection on him and the way he has had a positive influence on so many in our community.