Texarkana Texas Police and SWAT responded to a robbery suspect barricaded inside the Ridgewood Apartments this afternoon. After hours of trying to negotiate, Thomas Keene Jr, 23, surrendered to police and was taken into custody.

We arrived at the scene just a little after 5:00 pm today, and it was reported that the suspect was a 23-year-old man named Thomas Keene Jr. and he was wanted on 3 felony warrants and 1 misdemeanor warrant. The felonies were aggravated robbery, possession of a controlled substance, and evading arrest, the misdemeanor was an assault with bodily injury charge. 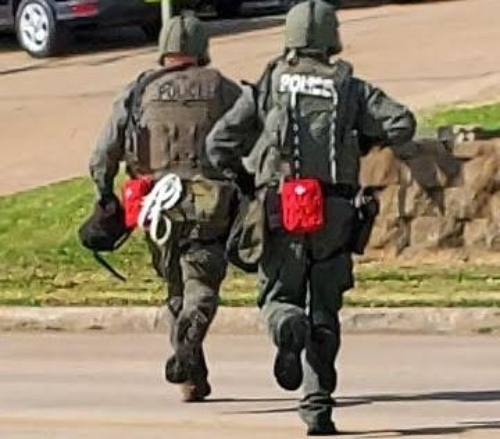 We were told that the suspect had run from the police and bailed out of his vehicle near the apartments. It was then reported that he had entered one of the units at Ridgewood Apartments located at 1410 Richmond Road. After a short while, a woman and young children exited the apartment and the suspect was inside alone but was unsure if he was armed.

Police exercised extreme patience in waiting for the suspect to surrender. 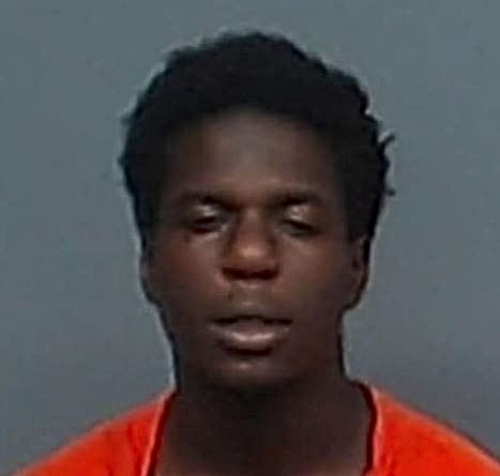 Family members came to the scene and sent messages to Mr. Keene in hopes he would surrender to the police without any further incident. However, police ended up deploying gas into the apartment at about 8:00 pm, and almost 15 minutes later, Keene surrendered to Police and was taken into custody. 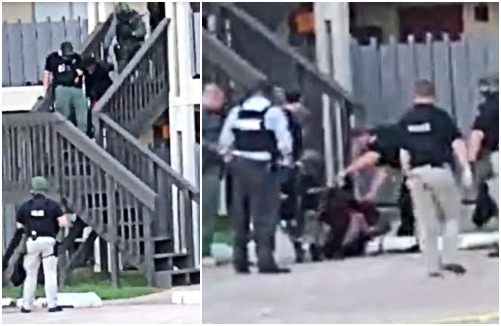 SWAT Team activated at Ridgewood Apartments on Richmond Road. Suspect in armed robbery case barricaded inside one of the apartments. Thomas Keene Jr., 23, is wanted for 3 felony warrants and 1 misdemeanor… Aggravated robbery, possession of a controlled substance, evading arrest with a vehicle, and assault with bodily injury. After a number of hours, Mr. Keene surrendered to police without any further incident.