The Texarkana Texas Police have arrested two people from the shooting/stabbing at the Westlawn Apartments across the street from Westlawn Elementary School. 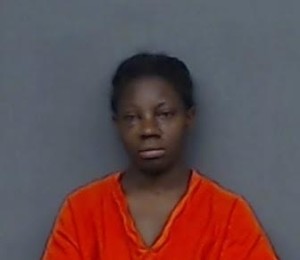 At approximately 11:50 yesterday morning, officers were dispatched to the report of a possible shooting at the Westlawn Apartments, which is located in the 400 block of Westlawn Drive.  When officers arrived, they found Hillis laying in the parking lot and suffering from a single gunshot wound to her upper thigh.  Another officer responding to the call observed a vehicle leaving the area which matched the description of the suspect’s vehicle.  He stopped that vehicle at Westlawn and South Kenwood.  There were several people inside the vehicle, including Crawford and a 29 year old Texarkana Arkansas man who had been stabbed multiple times in his upper body. 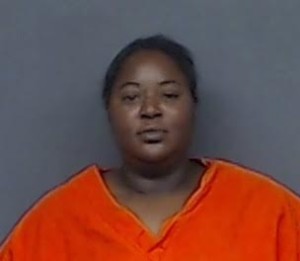 LifeNet transported both Hillis and the male victim to area hospitals for treatment for what was believed to have been non-life threatening injuries.  Hillis was later released from the hospital and transported to the police department to be interviewed by detectives.

It was determined that a disturbance occurred outside of one of the apartments at the complex between two groups of people.  As the situation deteriorated into a physical fight, Hillis approach the man from behind and stabbed him with a knife.  Crawford, who is a relative of the man, then shot Hillis with a small caliber pistol before attempting to leave the scene with him in the vehicle.

Based upon the results of the investigation, Crawford and Hillis were arrested for Aggravated Assault with a Deadly Weapon late yesterday at the police department.  Both are being held in the BiState Jail where Crawford’s bond has been set at $100,000 and Hillis’ at $50,000.