The Texarkana Texas Police Department held an awards ceremony on Monday, July 20 to recognize some of our local officers for their exceptional work and named some new promotions within the department.

Detective D.E. Evans was recognized at the Officer of the Quarter. His peers describe him as “an exceptional investigator”. He recently worked a sexual assault of a child case. Over the course of several months, he gathered evidence and meticulously reviewed several other similar cases. As a result of D.E.’s efforts, several other victims were discovered that dated all the way back to 2012. The suspect was subsequently charged in all those other cases as well – ensuring that he would no longer be a threat to any other children. 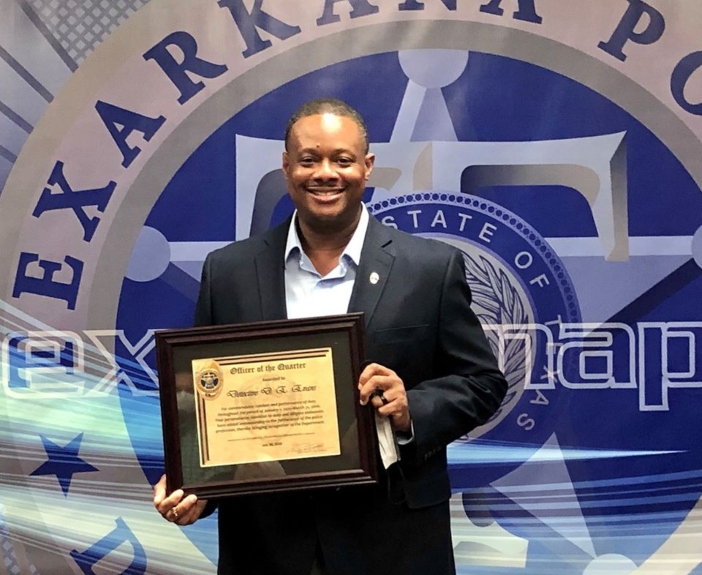 Officer William Young was awarded the Life Saving Award. In the early morning hours of March 23rd, William was involved in a deadly force incident after a man produced a gun following a foot pursuit. Immediately following the incident, Officer Young and other officers on the scene began administering life saving measures, which included applying tourniquets and chest seals to the wounds. The doctor later said that his ability to save the man’s life at the hospital was the direct result of the officers’ “rapid, caring and cool headed” response. The man was released from the hospital the next evening and booked into the Bi-State Jail. 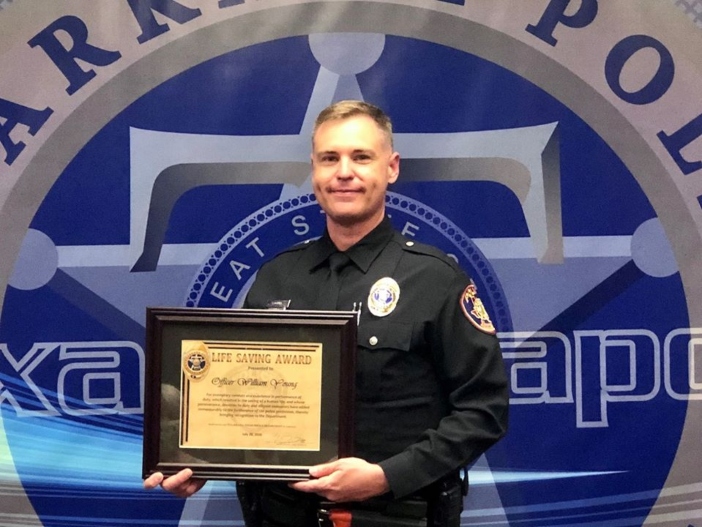 Micah Brower has been promoted to the rank of lieutenant. A 16-year veteran of the department, Micah has worked as a patrol officer, property crimes detective, special investigations supervisor, and, most recently, as a night shift patrol supervisor. He will now be assigned as a shift commander.

His new badge was pinned on him for the first time by his wife, Brittany. 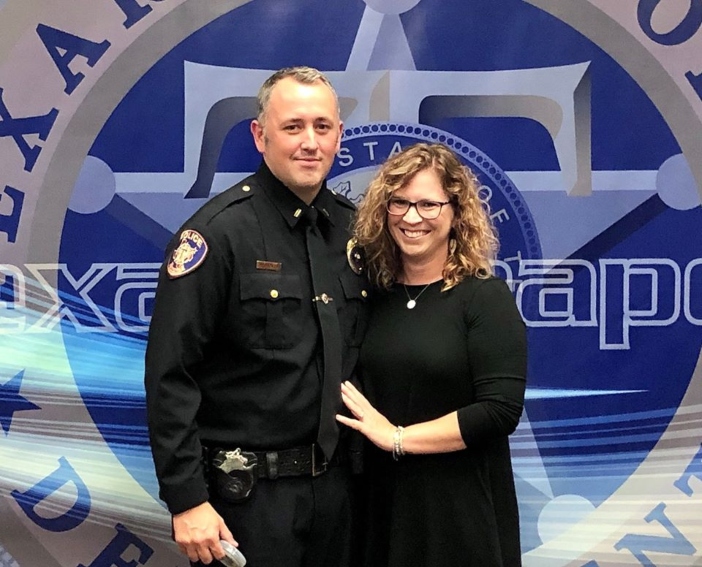 Marc Neal was promoted to the rank of sergeant. He has been with us for a little more than seven years and has worked as a patrol officer and field training officer. Marc will now be a patrol shift supervisor.

His new badge was pinned on him for the first time by his wife, Magan. 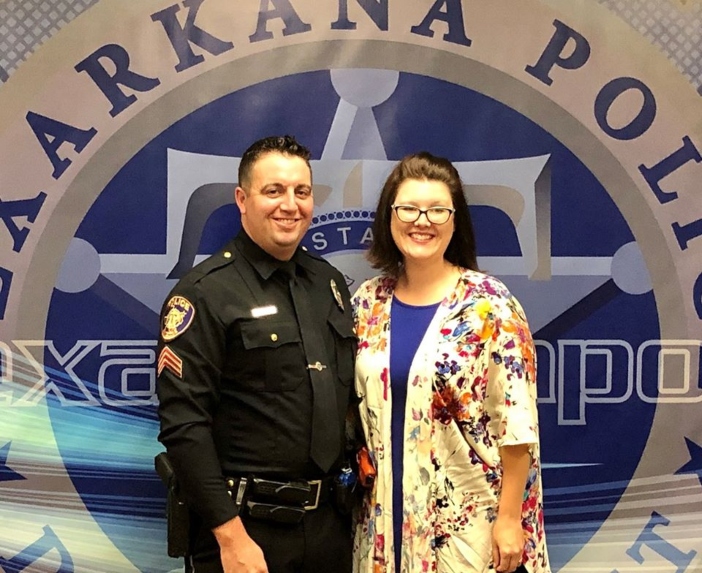