An officer-involved shooting in Texarkana Arkansas is being investigated by the Arkansas State Police. Officers were searching for two Bowie County Jail escapees when the incident occurred around 1 pm on Monday afternoon.

The Arkansas State Police were notified and are currently investigating the incident.

Two inmates escaped from the Bowie County Jail in the early morning hours. Michael Olson, 30, was being held on felony Assault and a probation violation charge. Wayde Land, 38, was in jail on the charges of Burglary of a Building and Possession of a Controlled Substance.

The inmates escaped by breaking through the cinder block exterior wall on the Southside of the facility. The breach was located on the second floor of the jail annex. Once outside, they were able to maneuver through the perimeter fencing and concertina wire before fleeing the facility. They were wearing issued green jail clothing at the time of the escape.

Police located the suspects on East Street near 1:00 pm today. One suspect was killed and the other placed into custody. The Texarkana Arkansas Police Department will be releasing more information. 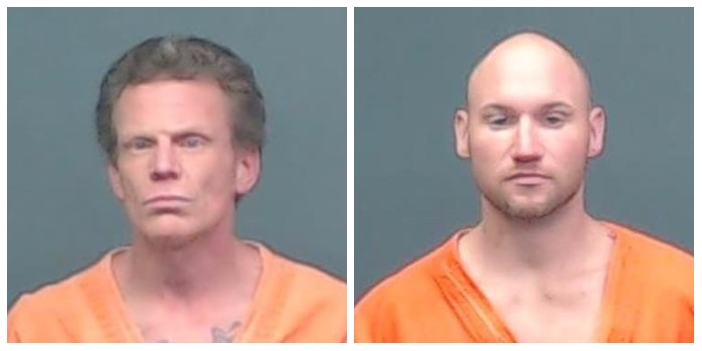