TAPD K-9 Officer Kashko made a felony arrest on Wednesday afternoon by dragging Demarcus Weekly, 51, out from under a shed off 34th Street where he was hiding from the police.

Texarkana Arkansas Police Officer Sheldon Lawrence was dispatched to a subject with possible felony warrants in the 3600 block of Garland Avenue around 2:17p.m. today. Officer Lawrence located the suspect, 51-year-old Demarcus Weekly, inside the residence. Officer Lawrence confirmed Weekly held an active felony warrant issued by the Pulaski County Sherriff’s Office and as he began to place Weekly into custody, Weekly fled on foot.
Weekly ran south on Garland Avenue and onto the campus of Kilpatrick Elementary School as officers pursued him on foot. The security staff at Kilpatrick Elementary School went into lockdown to protect the students and prevent the suspect from entering the campus. Weekly continued to run leaving the campus and began jumping through yards and fences on East 34th Street.
Weekly crawled under a shed in an attempt to hide from officers but was quickly found by K-9 Kashko and his handler Officer Tanner Freeman. Weekly was given numerous commands to surrender and come out of the shed but refused. Weekly was apprehended by K-9 Kashko and taken into custody by officers. The school lockdown was lifted once Weekly was in custody.

Weekly was treated for his dog bite at a local hospital and then transported to jail for fleeing on foot and a hold was placed for Pulaski County on a felony burglary warrant. 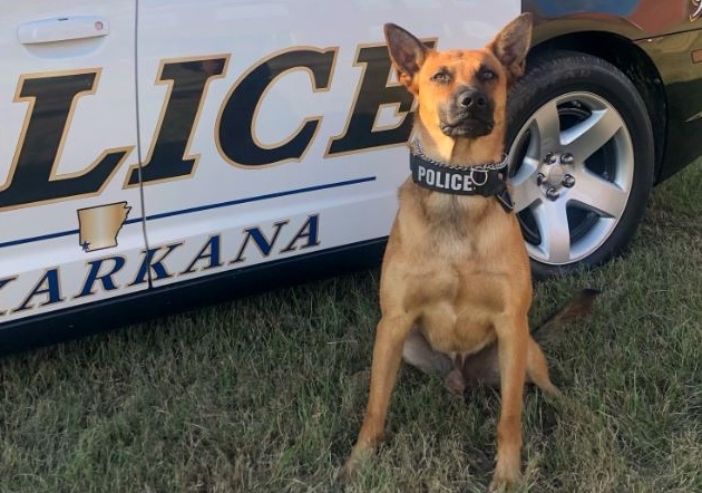