For our first blog post of 2017, we want to start our feature to recognize members of our community that go above in beyond to support, encourage, or inspire others. The first Texarkana FYI / Wadley Regional Medical Center Hometown Hero for this year received a few different nominations, we want to say congratulations and thank you to Fabienne Thrash. 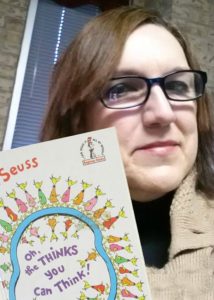 Fabienne has been on the radio in these parts for now more than 40 years and today she produces one of the only “live” radio shows left in Texarkana. Over those years in broadcasting, she has supported, promoted, and volunteered tirelessly in our community. She has raised countless thousands of dollars for different causes and organizations.

I reached out to Fabienne when she was selected and asked for some details of her career to share in the post.

Fabienne got her start in radio back in 1972, at 103.9 KMLA in Ashdown, AR. She has worked at a number of different stations across the Ark-La-Tex during her career including a stint at KWKH AM & FM in Shreveport, the stations best known for originating the broadcasts of the Louisiana Hayride, the ‘Cradle of the Stars’. Forty-Four years later, Thrash has made it back, full-circle to 103.9, but the station is now known at KPGG, which plays classic country music.

Fabienne strongly believes that local radio is her mission,

I was taught early in this industry, that, as broadcasters, to serve the public interest is job one and being able to do so in the Texarkana area, with public service groups and organizations, is a real pleasure.

Among the many groups that Fabienne has worked with, she has been a long-time board member with the American Cancer Society Relay for Life, working annually with Relays in Texarkana, Ashdown, and Nashville. I asked her which of her many projects was she most proud of and she said,

Oh gosh, I couldn’t pick one, but right now I have been most passionate about assisting the ‘Be the Blessing Bakery’, which is part of the Randy Sams Shelter. My friend Cathy Smith had an idea that in order for people to get back off the streets and into a job, that cooking skills would be a great way to do that. Next thing you know, the Bakery has produced great baked goods, jobs, and dignity for those who work there…not to mention, being state award-winners. What’s NOT to like there?”

Fabienne says that she hates that she is unable to help any and every event or fundraiser in town, I do help the ones I can, when I can. After all, if I don’t save some time and energy for my family, I will be empty. And then I won’t be able to help anyone at all.”

I do help the ones I can, when I can. After all, if I don’t save some time and energy for my family, I will be empty. And then I won’t be able to help anyone at all.”

Fabienne also earns money by maintaining one of the area’s most popular Mobile DJ Services providing music and entertainment for many weddings, reunions, and has volunteered her services for hundreds if not thousands community events throughout the years.

Join us and Wadley Regional Medical Center in thanking Fabienne Thrash for her many contributions to our community and give her a cheer as our first Texarkana FYI Hometown Hero.

To nominate someone as a “Texarkana FYI Hometown Hero” email their name and why you think they deserve the recognition, along with their contact information to TexarkanaFYI@gmail.com.