The Texarkana Texas Health Department has pulled the food service permit from the Dixie Diner restaurant at the Nash exit off of I-30 located at 4115 N. Kings Highway. The restaurant will remain closed until they are able to pass a re-inspection at a later date.

The Health Department pulled Dixie Diner’s permit on Wednesday, March 29. With a lot of resistance from management. Witness reports are that the manager removed the tag that the city placed, and that the Texarkana Texas Police Department actually had to send uniformed officers to the scene to turn customers away from the establishment Wednesday afternoon.

The establishment has been tagged by the city, but the owners of the restaurant are attempting to lead the public to believe that they are only closed for remodelling. When we attempted to contact them, we received a recording that stated they “are replacing ceiling tiles”. We have made multiple requests for a comment from management but have not received a response to our questions. 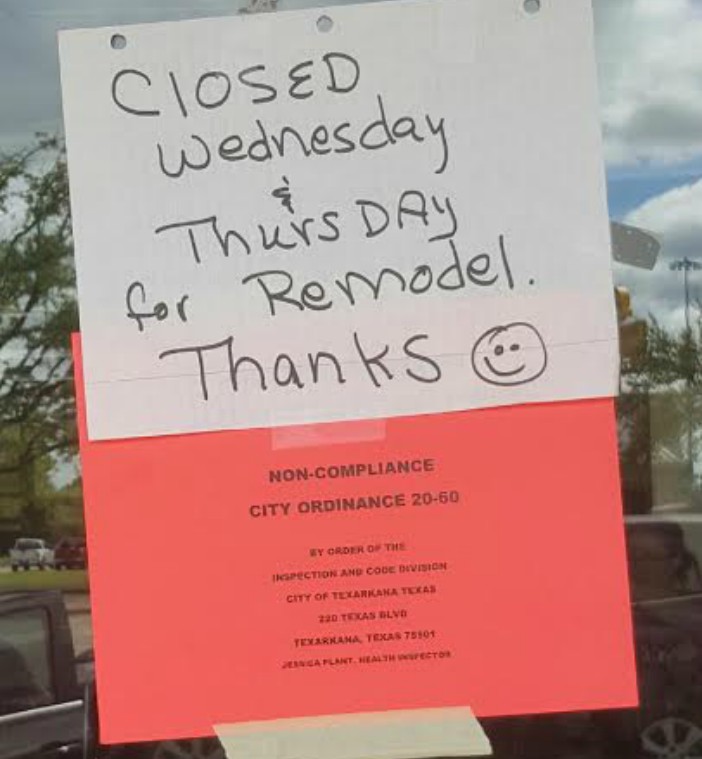 The burden to re-open is on the shoulders of the Dixie Diner owners and management to get the restaurant ready to be re-inspected. Once they believe they have cleaned, corrected issues noted by inspectors, and feel they are able to pass the health department inspection with a passing grade they will need to request a reinspection by the city to have their food service permit reinstated. 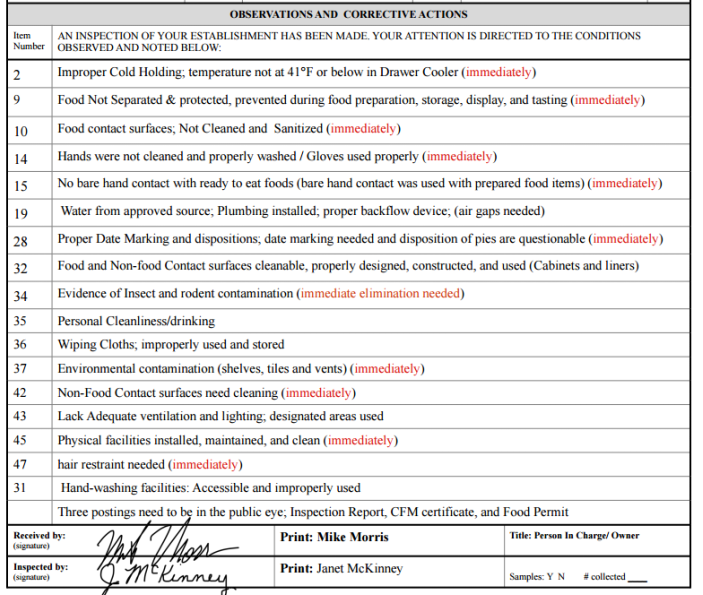