Mardi Gras weekend is quickly approaching and all of the festivities for this year’s organizers, volunteers, Texarkana Krewes, and the general public kick-off Friday night at Scotties Grill with a Cajun Crawfish Boil, live music from Roger Delano Band, and half-price Hurricanes!

Here is a link to What You Need to Know for Mardi Gras 2017 in Texarkana. 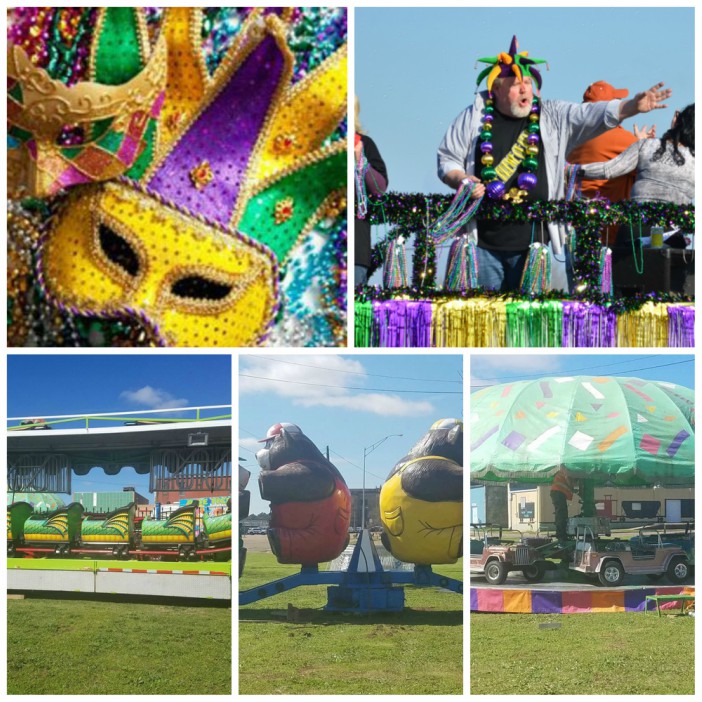 On Saturday, February 25, the Mardi Gras festivities get underway on Front Street in downtown Texarkana at 10:00 a.m. with carnival-style games, lots of food and retail vendors and kids activities including bounce houses. There will be fun activities for all that include face painting, Geauxbubbles with those giant bubbles, clothing, jewelry, and of course a lot of Mardi Gras items. There will also be a wide variety of food items available this year including crawfish from Scottie’s Grill, loaded potatoes, kettle corn, cajun food items, burgers, turkey legs, yogurt all of the “carnival foods” and more.

There will be three parades this year beginning with the first of the day being the “Little Rascals & Pets Parade” at 12 noon The second parade is the “Car Parade” at 2:00 p.m., then the Grand Parade at 3:00 p.m. 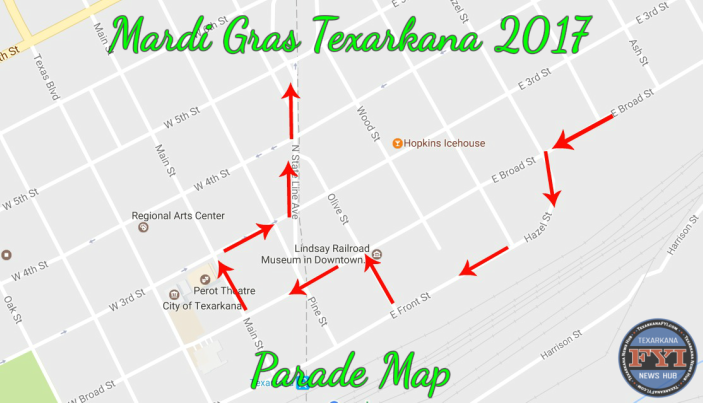 The band Dixie Bent will take the stage at 12:30, directly after the Lil Rascals Kid and Pet Parade, which will start at 12:00. The auto parade will be at 2:00 p.m. and the main parade begins at 3:00 p.m. with Pelican 212 leading it off. The band will then perform on front St in the plaza area directly after the parade until 5:00 pm. After the crowds thin and the excitement on Front Street fades, the party will continue at area establishments, check out the flyer below… 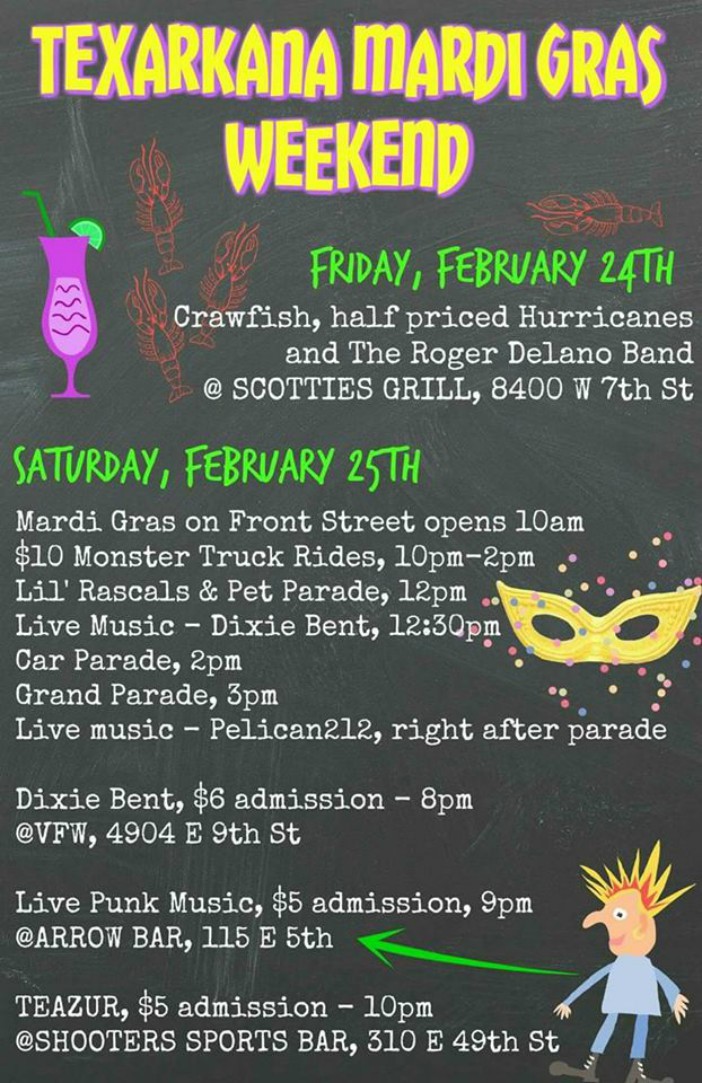