With great sadness, we report the passing of David Mallette, founder of the Regional Music Heritage Center in Texarkana and a huge supporter of downtown growth. Mr. Mallette passed at his home on June 5, at the age of 71.

It was a shock to hear of David’s passing. He was all about Texarkana, but especially the musical history. He had contacted me not long ago about internet radio. A real go-getter that was always dreaming of ways to make downtown great again. Prayers for his family and friends.

Texarkana Funeral Home will be making all arrangements. Here is David’s Obituary: 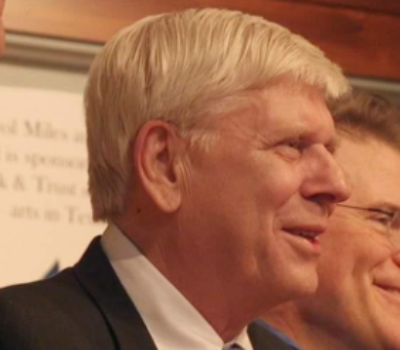 David Alan Mallette, age 71 of Texarkana, Arkansas passed away on Saturday, June 5, 2021, at his residence. David was born on August 6, 1949, in DeQueen, Arkansas to William B. and Lillian Mallett.

David was preceded in death by his parents; one sister, Elizabeth Joyce Smith; and one daughter, Jennings Elizabeth Mallette.

David spent his days as an Instructional Systems Technologist. He was also a teacher who held several degrees, including a Master’s Degree. David was a Veteran of the United States Army and he proudly served his country during the Vietnam Conflict. He was also a member of St. James Episcopal Church and The Phogg Phoundation. In his free time, he enjoyed computer work and photography. He was a lover and avid listener of music. Those who loved him most would describe him as “wonderfully eccentric”. He was a loving father and brother.

Left to cherish his memory is his son, Thomas Mallette of Friendswood, Texas; one brother and sister-in-law, William B. Mallett, Jr. and wife Glennis; close friend, Ron Huebner of Flower Mound, Texas; and numerous other relatives and friends.

Arrangements are pending under the direction of Texarkana Funeral Home, Texarkana, Arkansas.