The 45rpm record was first produced and released to the public commercially in 1949 and the twin cities of Texarkana U.S.A. are a part of that history with one of Eddy Arnold’s biggest hits.

The recording industry was buzzing right along after World War II with Columbia Records seeing great success with their long playing 33 1/3 rpm records, but their biggest competition RCA Victor was working on a new record, the 45rpm and they released the first 45 rpm record commercially on March 31, 1949. That song put our twin cities in music history… “Texarkana Baby” by Eddy Arnold. 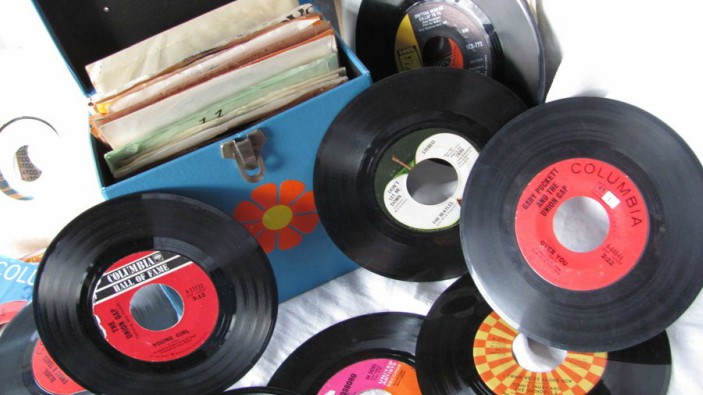 The RCA 7″ inch 45 RPM record was cute, VERY small, and RCA’s very colourful vinyl (each genre of music had it’s own colour of vinyl!) made it an instant hit with younger people. Popular releases were on standard black vinyl. Country releases were on green vinyl, Children’s records were on yellow vinyl, Classical releases were on red vinyl, “Race” (or R&B and Gospel) records were on orange vinyl, Blue vinyl/blue label was used for semi-classical instrumental music and blue vinyl/black label for international recordings

Eddy Arnold’s release is credited as the world’s first commercially released 45 rpm record… the A side was “Texarkana Baby”.

The B side to the 7 inch disc was Eddy Arnold’s “Bouquet of Roses“.