Extra efforts will be made by local law enforcement agencies this holiday season to crack down on impaired driving by encouraging people to “plan while you can” and make arrangements for sober transportation.

The Texarkana Texas Police Department is participating in Texas Department of Transportation’s statewide impaired driving campaign, “Plan While You Can”.

This holiday season, the Texarkana Texas Police Department is focusing on the issue of impaired driving by encouraging people to save a life by making a plan to get home safely before the holiday festivities begin.  The “Plan While You Can” impaired driving campaign encourages drivers plan for a sober ride before enjoying festivities where drinking may occur.

Traffic Sergeant Billy McAnally said, “Unfortunately, a designated driver is usually chosen during the night and is often considered the ‘least drunk’ person in the group.  The designated driver should be completely sober driver.  That’s why we believe it’s so important to plan ahead while you can.”

Chief Dan Shiner added, “Christmas is the most wonderful time of the year, but please don’t let one poor decision to drink and drive bring the holiday celebrations to a devastating end.  Plan ahead for a designated driver while you still can.”

According to TxDOT, there were 2,374 alcohol related traffic crashes in Texas during last year’s Christmas holiday season, resulting in 102 fatalities and 205 serious injuries.  That was a 9 percent decrease from the previous year’s holiday season, when there were 2,417 alcohol related crashes that resulted in 112 fatalities and 192 serious injuries.  It is the Texarkana Texas Police

Department’s desire to continue this trend by asking people to plan ahead for their ride home before the holiday parties began.

Drivers arrested for DWI could face up to $17,000 in fines, fees, and could lose their license. 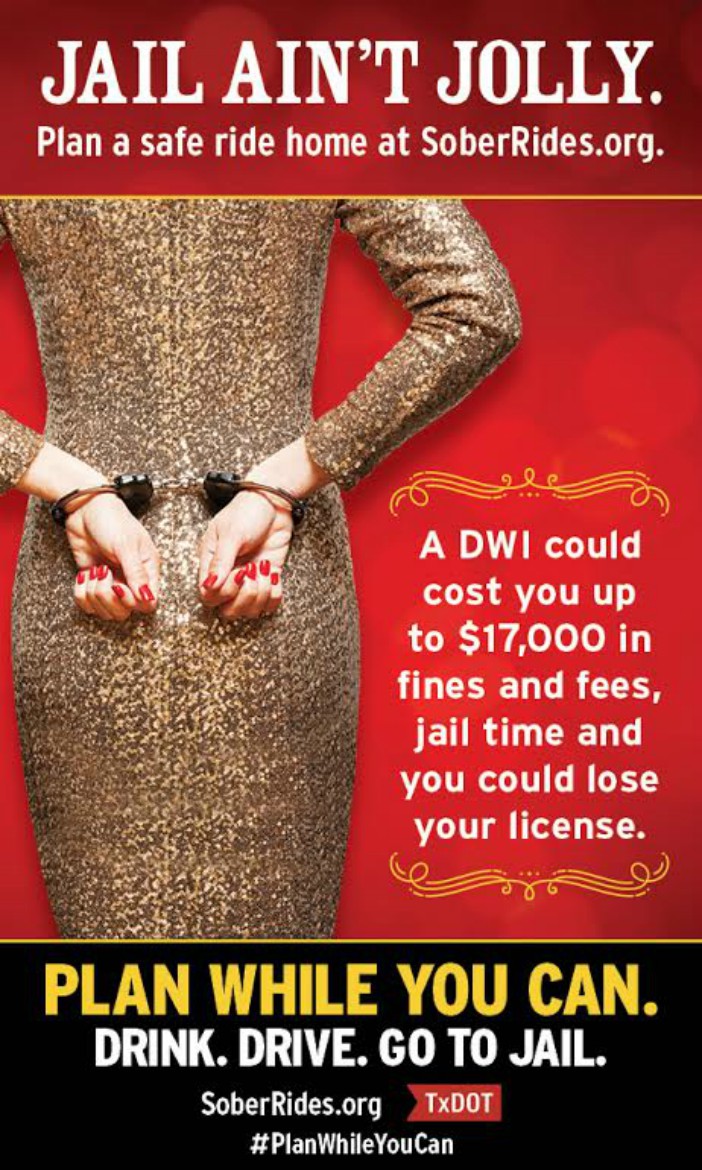