The Texarkana Texas Police are reporting a large sinkhole on W. 7th at Pine Street, not much from above at the moment but upon inspection, underneath the surface, the hole is two lanes wide and large enough to swallow a vehicle. Make your commute plans accordingly.

There’s a sinkhole under the street on W. 7th at Pine. Doesn’t look like much from above, but it covers two lanes and is large enough to swallow a car.
Traffic is limited to a single lane at this point. The Street Department and TxDOT have been notified and are working on it, but this is probably gonna be an issue for the next few days until they can get it fixed. 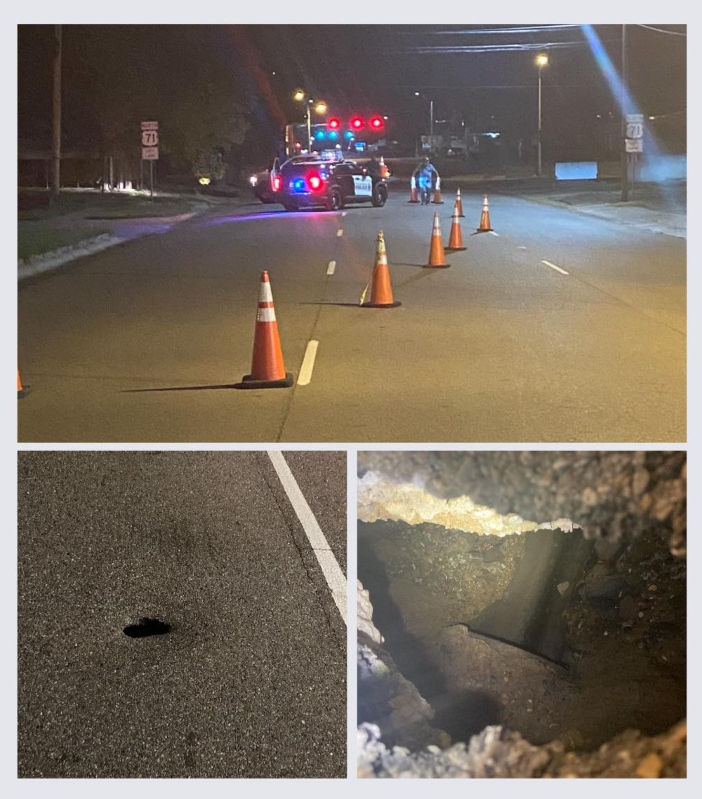