The Texarkana Texas Police Department reports that the SWAT team had to be called in after a stand-off with Andrew Brown, 40, of Texarkana, Texas. Brown eventually surrendered to authorities and was charged with Assault-Family Violence.

We arrested 40 year old Andrew Brown for Assault-Family Violence at his home on Jones Lane last night.
Witnesses called 911 after they saw him holding down one of his 10 year old sons in the front yard. He reportedly had a pair of scissors in his hand during this incident and repeated acted as if he was stabbing himself in the chest with them. He forced the boy into the house and then refused to come outside to speak to officers when they arrived.

Based on information that we received, we were concerned that Brown possibly had weapons inside the house with him and the children were in danger. The decision was made to activate the SWAT team and have the negotiators try to make contact with Brown. He continued to ignore our repeated attempts to speak to him, simply yelling that he wasn’t coming out. However, once he was told that the SWAT team was there and in place outside his home, he walked outside and surrendered without any further incident.

After being checked out by LifeNet paramedics, he was arrested and transported to the Bi-State Jail. 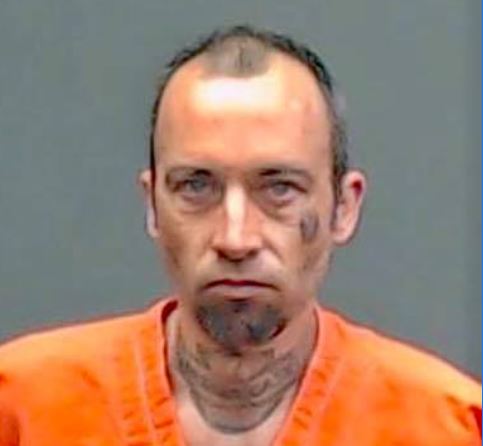