We had a great opportunity to visit with Ms. Noah Rathburn about the Texarkana Repertory Company at Texarkana College. The big Season Finale is coming up and we are ready for the big upcoming season reveal party set for Thursday, April 21.

The big season finale for TexRep this year is “Something’s Rotten” and will be a fantastic show to close out TexRep’s season in May.

We visit Noah about the musical comedy and the work that has gone into it. We also touch on the season reveal party set for Thursday, April 21.

Find out more about TEXREP HERE.

We get to discuss how TexRep has laid out seasons moving forward from the pandemic. The season lays out as big show, three small shows, then another big show to close out the season. Drama camp for the kids this summer is “Wizard of Oz”, and a whole lot more.

Share this episode, and to be a part of Texarkana Talks, email Jesse at texarkanatalks@gmail.com. 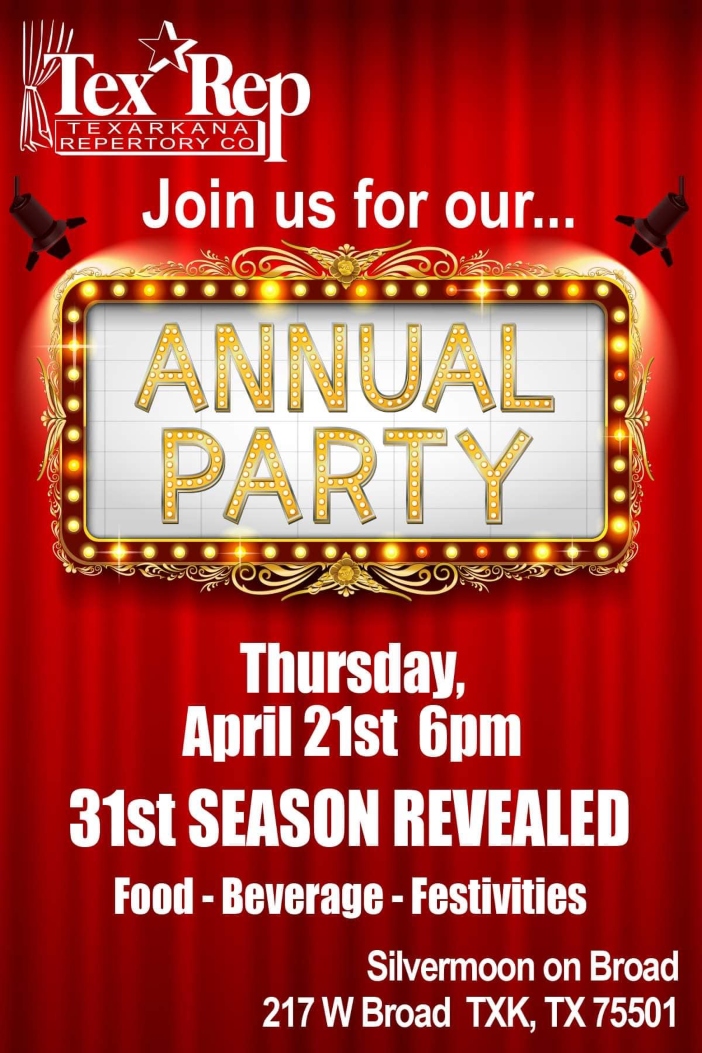