BREAKING NEWS:
You are at:Home»City News»Texarkana Woman Arrested and Charged with Murder

The Texarkana Texas Police Department arrested Lamarya Bradley, 54, of Texarkana Texas, for Murder. She is currently being held in the Bi-State Jail with a $1,000,000 bond.

Officers were dispatched to the report of a deceased person at a residence in the 2100 block of W. 10th Street at 1:44 on Friday afternoon.  The landlord discovered the body of Willis Sanders, 62, laying on the floor of his room when she went in to check on a bad odor.  Sanders had a suspicious wound on his head, and other evidence at the scene indicated that the death may have involved foul play.  Sanders’ badly decomposed body was sent to Dallas for an autopsy on Friday.

During the course of the death investigation, Detectives Tabitha Smith and D.E. Evans learned that Sanders had not been seen for several days prior to Friday’s discovery and was known to fight with his girlfriend, Bradley.  Smith and Evans began to search for Bradley as a person of interest in the case.  Officer Johnny Bailey located Bradley late Friday evening, and she agreed to be interviewed by detectives.  Based upon that interview, she was arrested and charged with murder.

Bradley is currently being held in the Bi-State Jail.  A magistrate set Bradley’s bond at $1,000,000 on Saturday morning. 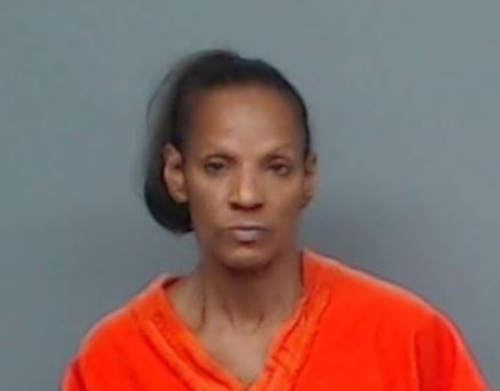